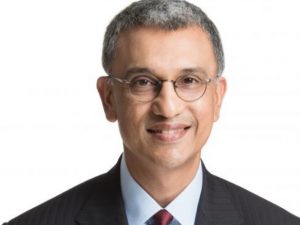 Jet Airways has announced that it has signed a new order for 75 additional Boeing 737 MAX aircraft, taking the total order to 150 aircraft. The Boeing 737 aircraft type is the backbone of Jet Airways’ fleet. The 150 Boeing 737 MAX aircraft will serve the airline not only to replace its existing fleet but also to equip it with modern and environmentally progressive airplanes, thereby fueling the airline’s expansion strategy to support its network and growth aspirations. Vinay Dube, Chief Executive Officer, Jet Airways, said, “Our new order for the additional 75 Boeing 737 MAX aircraft will allow us to deliver a differentiated and world-class customer experience to our guests. This additional order re-emphasises our trust and confidence in Boeing and also reaffirms our commitment to operate extremely modern, reliable and fuel efficient aircraft as part of our fleet. This order underscores Jet Airways’ commitment to the growth and sustainability of the Indian aviation market.” “We are honoured that Jet Airways has again placed its trust in Boeing with its order for 75 more Boeing 737 MAXs”, said Dinesh Keskar, Senior Vice President, Asia Pacific & India Sales, Boeing Commercial Airplanes. “These additional Boeing 737 MAX airplanes will help Jet Airways continue to be an industry leader by combining a superior passenger experience with reliable and efficient operations.”

Airlines in India to order up to 2100 aircraft over next 20 years: Boeing 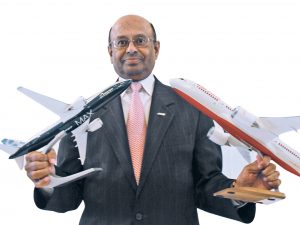 According to Boeing Co, Indian airlines are expected to order up to 2100 new aircraft worth $290 billion over the next 20 years. “The increasing number of passengers combined with a strong exchange rate, low fuel prices and high load factor bodes well for India’s aviation market, especially for the low-cost carriers,” Dinesh Keskar, Senior Vice President-Asia Pacific and India Sales, Boeing Commercial Airplanes reportedly said. The company expects passenger growth of about eight percent in South Asia, dominated by India, over the next 20 years, compared with the world average of about 4.7 percent. Keskar added that Boeing could increase the projection next year depending on how India’s regional connectivity scheme pans out. The company also said that it expected single-aisle planes, such as the next generation 737 and 737 Max, to account for the bulk of the new deliveries, with India likely to take 1,780 such aircraft. Boeing expects worldwide demand for 41,030 aircraft over the next 20 years, putting India’s share of the total at about 5 percent. Source: IANS 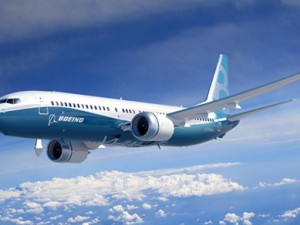 Boeing forecasts a demand for 1,850 new airplanes in India, valued at $265 billion, over the next 20 years. Dinesh Keskar, senior VP, Asia Pacific and India Sales, Boeing Commercial Airplanes released the company’s annual Current Market Outlook (CMO) for India in Mumbai, and said, “With the new aviation policy in place, we see even greater opportunities and remain confident in the market and the airlines in India. India continues to have a strong commercial aerospace market and the highest domestic traffic growth in the world.”  According to Boeing’s CMO, single-aisle airplanes such as the Next-Generation 737 and 737 MAX will continue to account for the largest share of new deliveries, with airlines in India needing approximately 1,560 airplanes. These new airplanes will continue to support the growth of low-cost carriers and replace older, less-efficient airplanes. The report also says that traffic growth in India remains the highest in the world at 8.6 per cent and that domestic passenger traffic increased 21 per cent from 2015. It also mentions that low-cost carriers account for more than 60 per cent of all flights in India.