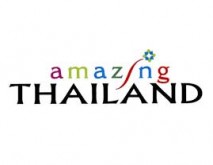 Tourism Authority of Thailand (TAT) expects around 13,200 travellers for the New Year holiday period for which a series of celebrations are in store. To memorably celebrate the nation’s Thainess and to incorporate tributes to the Thai monarchy as well as the happiness of the Thai people into the New Year celebrations this year, a traditional candle lighting and prayer ceremony, called Sang Thien Haeng Siam or Candlelight of Siam, will take place at Bangkok’s Sanam Luang and various locations nationwide and overseas on 31 December. Soraya Homchuen, Director of the Tourism Authority of Thailand in Mumbai commented, “Thailand will usher in 2017 with ‘the Candlelight of Siam’, which is a traditional ceremony that aims to encourage Thai people to preserve important features of Thai society, especially the nation, religion, and the monarchy. We would like to extend an invitation to our guests from India to join us for this ceremony and get an experience of a lifetime.” Globally, TAT expects to welcome around 375,000 international arrivals, up by five percent during the New Year holiday period (31 December, 2016 – 3 January, 2017), generating tourism revenue of around 55.5 billion Thai Baht or up by 12 percent from last year.