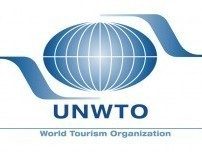 UNWTO has expressed its full support to the decision of the Government of Indonesia to grant free visa to citizens from 169 countries. The visa-free policy is valid for a maximum stay of 30 days, has no restriction on the number of visits per year, and is non-extendable nor convertible to any other stay permit. Nationals of visa-free countries can enter Indonesia in any of the 124 immigration check points that the country possesses. “Indonesia is setting an example to the world. UNWTO welcomes the decision of the Government of Indonesia which clearly reflects the commitment of the country with the development of the tourism sector as a driver of economic growth, jobs and well-being for its people” said UNWTO Secretary-General, Taleb Rifai. The measure looks for attracting international tourism to the country by simplifying travel procedures and follows research by UNWTO and WTTC that shows that visa facilitation in the ASEAN economies could create between 333,000 to 654,000 new jobs in a period of three years. According to the UNWTO/WTTC Report Impact of Visa Facilitation in ASEAN Member States, ASEAN stands to gain 6 to 10 million additional international tourist arrivals from improved visa facilitation. The additional receipts generated by these tourists could reach between US$7 and US$12 billion.

The new Managing Committee of the Travel Agents Federation of India – Western India Chapter, met for the first time in Mumbai after the new committee took charge in June this year to discuss various issues troubling their members and their plan of action for the term. The meeting was followed by a product presentation by EK Holidays, cocktails and dinner. First and foremost on the plan is to get members to attend their meetings and participate. Chapter Chairman Abbas Moiz, said, “My first and last issue is to get as many members into our meetings as possible, listen to their problems and views, to add as much value to our members as possible.” Speaking about the plan devised for this year, he added, “We want to conduct workshops with IATA and have already approached them for this. They will be changing their procedures soon and the entire reporting system will change, so we would like to give a glimpse of it to our members. Currently, the pilot run is going on in Mumbai and Delhi and they will roll it out pan-India by early 2017. IATA has standardized the reporting procedures worldwide.”

In anticipation of IATA’s new standardised reporting procedures worldwide, the Travel Agents Federation of India (TAFI) has agreed to participate in its pilot programme that will start from October this year. Four members (one from Delhi and Ahmedabad each and two from Mumbai) have agreed to be a part of it. Commenting on this, Pradip Lulla, Vice President, TAFI, said, “We are doing a pilot run on enhanced reporting for IATA and the participating agents will give their inputs once it is completed. IATA workshops will be held in different regions when they are introducing it in India where agents can come and understand the new reporting procedures.” He said that the new system of reporting will be simplified and more graphic. Everything else will remain the same. “It will help agents to have a better report, that’s all,” he said. This will be followed by workshops by IATA for its entire member base.

IATO Convention in Chennai from Sep 18-21

The Indian Association of Tour Operators (IATO) is all set to hold its 32nd annual convention from September 18-21, 2016, at ITC Grand Chola in Chennai. While announcing the decision of the Executive Committee, Pronab Sarkar President, IATO, said, “We were planning to have our convention in Chennai for last couple of years as IATO never had its annual convention in Tamil Nadu earlier. However, this year, it is going to become a dream come true. From the very beginning, we focused to have our convention in Chennai only”. He also mentioned “The stupendous success of the pervious convention has raised the expectations of the members and sponsors. More than 1200 delegates are expected for 3 day event and the IATO convention is eagerly awaited by all. Members look for an enchanting destination. Here Chennai fits in very well as this will be first IATO Convention in Chennai”. The association has been planning for the convention dates for some time and wanted to avoid any clashes with the Incredible India Tourism Investors’ Summit scheduled from September 21-23, in New Delhi. IATO is still in the midst of chalking out the detailed plans and session at the convention, which should be finalised very soon, said Lally Matthews, Honorary Secretary, Indian Association of Tour Operators (IATO). 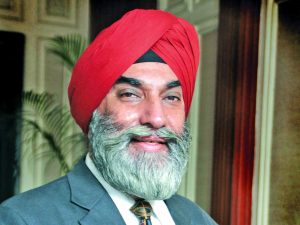 The Outbound Tour Operators of India (OTOAI) conducted a presentation to educate its members on GST and its effects on their businesses. The event had in attendance Aseem Arora, Senior Manager, Tax & Regulatory Services, Ernst & Young, informing the members about GST. Speaking at the event, Guldeep Singh Sahni, President, OTOAI, said, “We wanted to introduce the GST system to members who are unaware. We knew it would be a very ugly situation for service providers, both inbound and outbound, as well as for tourism industry. It is going to impact us in a big way. Right now we are suffering from 4.5 per cent tax. And with 18 per cent of GST, which the government is thinking of implementing, the industry is going in ruins. We want to go to the government with our issues, so that they consider it before implementing it.” 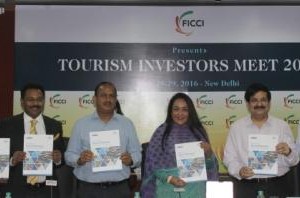 Sunil Kumar, President, United Federation of Travel Agents Associations (UFTAA), revealed that UFTAA’ Golden Jubilee Congress will be held on November 21-23, 2016. “The board wants to do it on the same day as the anniversary which is on November 22 and there are no major shows happening around that time. We have also closed on the venue but we will announce it only later as we are still watching the situation there. It will be held outside India,” Kumar said. UFTAA will also be getting ready for the Passenger Agency Conference (PAConf) that will take place in September in Singapore, he added. 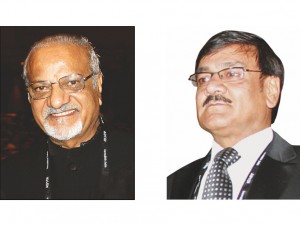 The Association of Domestic Tour Operators (ADTOI) has released the final nominations list for its biennial election scheduled for Aug 10. Subhash Verma and P.P. Khanna are in the run for the President’s position with their respective teams in place. P.P. Khanna’s team has Rajat Sawhney contesting for the position for Vice President; Chetan Gupta for General Secretary; Rajesh Arya for Treasurer; and Dalip Gupta for Joint Secretary. Their team members contesting for EC Members include Manoj Varsheny, Rajeev Sobti, Ved Khanna, Sandeep Bhagat, Gaurav Chawala, Jatinder Bhatia and Reena Chopra. On the other hand, the team headed by Subhash Verma has Sanajy Aggarwal contesting for Vice President; Anurag Aggarwal for General Secretary; Kamal Gandhi for Treasurer; and Debashish Dey for Joint Secretary. Their nominations for EC Members include Arvind Khanna, Ankit Miglani, Ashish Sehgal, Manoj Mehta, Rajiv Chawal, Rajiv Arora, Sanajy Saxena and Vishal Joshi. Apart from these two teams, there are two independent candidates contesting for EC Members—Sandeep Bhagat and Vinay Ahuja.

India Convention Promotion Bureau’s (ICPB’s) ninth Conventions India Conclave from Oct 13-15, 2016. It will be held in Leela Ambience, Gurgaon. Delhi is the partner state for the Convention. Its main aim is to promote Delhi as the Convention Capital of India. Chander Mansharamani, Vice Chairman, ICPB, says, “Our focus will be mainly on B2B. We are getting approximately 50 buyers from outside India and there will be approximately 200 Indian buyers who are the decision makers of  holding various conferences and exhibitions in India.” Mansharamani also informs that ICPB has identified ten states where it is planning to have chapters. The first one would be in Mumbai  with the Maharashtra government. He says, “ICPB likes to take that kind of area where we can go and bid for international conferences.”