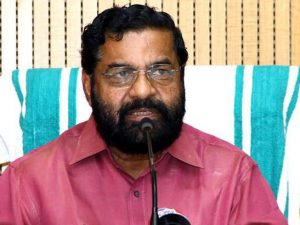 Tourism Minister of Kerala, Kadakampally Surendran has said that after three confirmed cases of coronavirus in the state, the tourism sector is badly affected as hotel bookings have suffered mass cancellations for the month of February and March. “Several bookings in hotels for the months of February and March have been cancelled. The bookings were almost full for these months earlier. The cancellations now are much more, compared to that after Nipah virus was reported. A lot of misinformation on the virus is being spread too,” said Surendran in the state Assembly during the question hour. Urging media to exercise self-restraint during the time of calamities and keep themselves away from fearmongering, the minister said blowing up issues beyond proportion was largely affecting tourism industry. A total of 8.19 lakh tourists had visited the southern state, popularly known as the “God’s Own Country”, in 9 months in 2019, which was 10.96 lakh in 2018, the minister added.