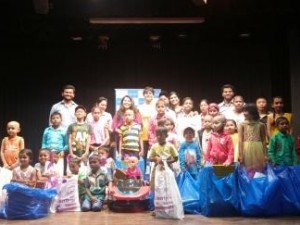 Cox & Kings marked Children’s day by granting wishes of over 100 children with life-threatening illnesses at a fun- filled event, organised by Cox & Kings Foundation and Make a Wish Foundation. Cox & Kings planned the celebration across cities like Mumbai, Delhi, Bangalore, Kolkata, Chennai, Hyderabad and Pune. Karan Anand, Head, Relationships, Cox & Kings said, “The Cox & Kings foundation is committed to help bring positivity and joy into the lives of many children every year. Today, as the nation celebrates Children’s Day, this is our effort to reduce the pains and struggles of children with life-threatening illnesses and fill them with happiness and enjoyment to make them feel better” More than 150 employees of Cox & Kings across cities celebrated Children’s day with the kids. Describing the event, Deepak Bhatia, CEO, Make A Wish Foundation said “it is our endeavour to make this a special day for our children and we partnered with Cox & Kings who supported us and all our children had a very good time.’’ Different wishes of Bicycles, TV, Remote control cars, Mobiles, Laptops etc. were fulfilled across India. 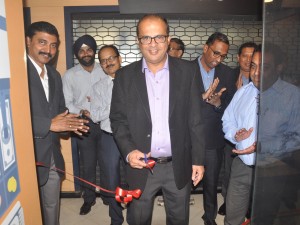 Cox & Kings opened its first dedicated foreign exchange branch at Panjim in Goa. The branch designed as a one-stop-shop for all foreign exchange requirements was inaugurated by Ravi Menon, Head, Foreign Exchange, Cox & Kings. The flagship store located at Magnum Centre, First Floor, Shop 20, MG Road, Panjim will offer a slew of products – buying and selling of all frequently traded foreign currencies, sell pre-paid cards, enable Money Transfer business where tourists can receive money from overseas, as well as provide domestic money transfer facilities.  Students who desire to travel overseas from Goa for further studies can avail Foreign Currency Draft and Outward Remittance facilities through this outlet. According to Menon, “Goa is a key market as it receives a large number of foreign tourists. Our bouquet of foreign exchange products and services are designed to cater to this segment. Our branch will cater to all the requirements which are allowed under Authorised Dealer CAT II activities.” It has been observed that foreign tourists need help to exchange and exhaust their money when on their holiday. Cox & Kings will cater to both these needs, where these guests can exchange their money as well as use the money transfer facility to receive money from overseas. In case foreign tourists need help with their domestic holiday they can approach this branch, which in turn will refer them to the nearest Cox & Kings store. According to data released by the department of tourism, government of Goa, in 2015, Goa received 5.40 lakh international tourists, an increase of 5 percent over 2014. This year the state is expected to attract even more tourists especially from traditional markets such as … 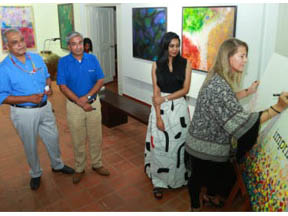 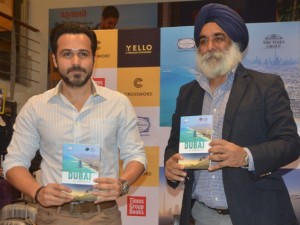 Cox & Kings has curated a travel guidebook titled ‘Dubai: An Experience’ that gives a glimpse of the city’s offerings and details about places to see, hotels and restaurants. The guidebook was launched by actor Emraan Hashmi and Karan Anand, Head, Relationships, Cox & Kings at Crossword bookstore in Mumbai. Anand said, “Dubai continues to be one of the most preferred overseas’ destinations for Indian travelers and caters to every taste, budget and age group. With the launch of this travel book, we want to help travelers plan their trip better and experience Dubai in a whole new light. The book is well attuned to the needs of both first-time and experienced travelers and offers in-depth information on hotels, attractions, restaurants and activities along with tailor-made itineraries for different periods of stay and interests.” The book is published by Times Group Books and is available at leading bookstores across cities like Mumbai, Delhi, Chennai, and Bangalore along with shopping portals like Flipkart, Amazon, and Infibeam.

Cox & Kings’ Meininger Hotels to open property in Leipzig in 2017 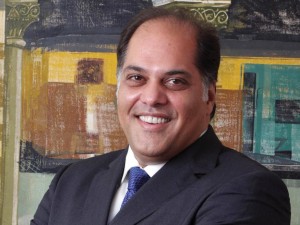 Cox & Kings-owned Meininger Hotels will open a property in close proximity to Leipzig’s main station at the beginning of 2017. The existing building and the former ibis Leipzig City (Germany) from the Accor Group which was closed in March 2016 will be converted in accordance with MEININGER standards and will ultimately have 404 beds available in 126 rooms. The hotel is located in the centre of Leipzig and is the perfect starting point from which to explore the city. Owing to its proximity to the main station, the hotel can be easily reached on public transport. The flexible room structure of MEININGER Hotels means that the accommodation options will range from traditional double rooms through private rooms with multiple beds right down to a bed in a shared dorm room. All the public spaces, such as the lobby, lounge, bar, breakfast room and terrace will be located on the ground floor of the building, as will the guest kitchen and games zone, which are also typical features of a MEININGER hotel. In the well-equipped guest kitchen customers will be able to prepare their own meals at any time, day or night. Moreover, the kitchen will also have a washing machine and a dryer. Peter Kerkar, Director, Cox & Kings, says, “This hotel in Leipzig will strengthen our portfolio of hotels in Germany where we have a presence in five other cities. Its proximity to the main station and city centre will attract a sizeable chunk of our clientele.”

Cox & Kings has partnered with RBL Bank Ltd to launch the ‘Save Now Travel Later’ programme to suit every budget. In this latest offering ‘Save Now Travel Later’, travellers get an opportunity to meticulously plan their finance by opening a Recurring Deposit account with RBL Bank. This programme has been designed keeping in mind that the traveller gets an opportunity to plan their Holiday one year in advance. Karan Anand, Head, Relationships, Cox & Kings said,” ‘Save Now Travel Later’ is a well-thought programme launched keeping in mind the fluctuating market rates. Travellers can now through instalments book their future trips at today’s price with minimal or no effect on their planned travel budget.” The interest accumulated on the EMIs will be refunded back to the customer by way of a crossed cheque to be paid in favour of that customer. Rana Vikram Anand, Head – Products & Segments, Branch and Business Banking at RBL Bank said “At RBL Bank, the customer is at the heart of everything we do. We are excited to join hands with Cox & Kings to launch this innovative new product in the market. The “Save Now Travel Later” offering fulfils the travel aspirations of the growing Indian consumers by enabling them to take charge of their finances in a systematic and convenient manner.” A passenger can also cancel the trip in case of contingencies with NIL cancellation cost, if intimated within 9 months of opening the account.

India is the eighth best source market for Tourism Australia, said Nishant Kashikar, Country Manager, India & Gulf, Tourism Australia. He added, “We crossed the 200,000 arrivals landmark in 2015, A$ 1 billion spend, and improved our ranking to be the eighth-largest inbound market for Australia from 11th rank in 2014. The Tourism Forecasting Committee (TFC) is predicting 245,000 visitors from India for 2015-16 and a 12 per cent increase over 2014-15.” There were 187,000 visitors from India in the first 10 months of 2015, bringing the total for the year-ended October 2015 to 2,27,000; an increase of 18 per cent relative to the same period last year. For the year ended September 2015, Indian visitors contributed A$ 1.1 billion to the Australian economy; an increase of solid 34% over the previous year. Tourism Australia has unveiled its latest advertising campaign in collaboration with its key distribution partners – Cox & Kings, Mercury Travels, Kesari, MakeMyTrip, Yatra, TUI, Vacations Exotica, Kulin Kumar Holidays and SOTC. The integrated advertising campaign will retain the brand theme ‘There’s Nothing like Australia’ and put the spotlight on the country’s attractions.