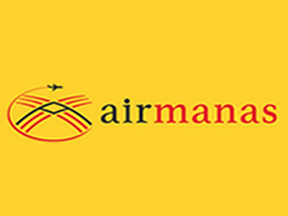 Bishkek (Kyrgyzstan) based low-cost airline, Air Manas, formerly operating as Pegasus Asia, is all set to start its third flight on the Delhi-Bishkek route from June 14. The airline already has two flights a week to-and-fro from Delhi to Bishkek. The return fare for the Delhi-Bishkek route is around $249.99. The airline just conducted a roadshow in Delhi along with the Kyrgyzstan Embassy. Sharad C. Goel, MD, Lark Logistics, GSA of Air Manas in India, said, “Air Manas has been operating in India for the last one year. We will be starting the third flight between the two countries from June 14, 2016. The demand from India has been increasing for Kyrgyzstan, which is only about three hours from Delhi. In fact we provide further connections to Moscow and Istanbul from Bishkek, which works to our advantage.”