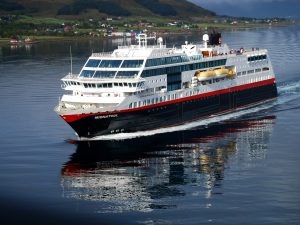 Building on 125 years of Norwegian pioneering heritage, Hurtigruten marked its anniversary by banning single use plastic and throwing the world’s longest plastic free birthday party, extending over 11,000 nautical miles, from Seattle in the west and Hong Kong in the east, to Svalbard in the High North, and along the Norwegian coast. The birthday was celebrated in Hurtigruten ports, destinations, ships and offices, without use of any single use plastic items. “The initiative to ban single use plastic needs to be applauded as this signifies that there are businesses which are conscious of their surroundings and would do all possible to minimise the damage to the environment. Very recently, we have heard that Maharashtra is the first state in India to ban single use plastic – if similar initiatives could also be taken in other cities as well then our cities would not choke on plastic and be more liveable, said Nishith Saxena, Director, Cruise Professionals – the sole GSA for Hurtigruten in India.

Hurtigruten has appointed Cruise Professionals as its exclusive GSA for India and Sri Lanka. The Norwegian cruise company aims to grow revenue opportunities and establish wider distribution in these two markets. By enhancing their commitment in India and Sri Lanka, the management of both companies aims to make Hurtigruten a major exploration cruise brand in India with significant growth in the years ahead. Recognising the need for a concentrated brand and product development strategy to service India and Sri Lanka, William Harber, Hurtigruten’s President for China & Asia-Pacific, says, “Our partnership with Cruise Professionals will enable the rapid expansion of our exploration cruising and coastal Norway products. This association leverages Cruise Professionals’ expertise in managing distribution.  Their operating model and strengths in sales and marketing will deepen current relationships and create future trade arrangements across India and Sri Lanka.” Nishith Saxena, Founder & Director of Cruise Professionals says, “Hurtigruten and Cruise Professionals association has come at a time when a large section of Indian travellers are seeking a different experience that goes beyond the normal cruising options. We shall make Hurtigruten easy for the travel agent to sell and deliver a complete solution for adventurous travellers by educating the trade about these unique voyages offered to some of the world’s most breathtaking destinations.”