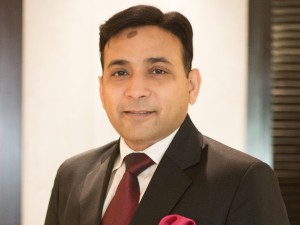 Ravi Gosain, MD, Erco Travels, has said that with moratorium limit ending on 31st August, many travel companies must shut down. “Situation is very unfavourable for tourism industry. On 31st August, moratorium is ending, and most of the people, whether employees or employers took a moratorium and were expecting that something will roll out. However, things haven’t improved. From September onwards, I don’t think companies of any size are able to pay a single bill. Hence, this will be a huge setback. Hence, I am sure there will be many bankruptcies after this moratorium has ended,” he shared.

Tour operators from India and Azerbaijan to meet virtually

Indian Embassy in Baku, Azerbaijan, and IATO are organising an online interactive meeting on 21st August 2020 at 1130 hours to 1330 hours, where 10 tour operators each from India and Azerbaijan will be participating. From India, only MOT recognised tour operators will be able to participate. Interested members can send their entry to IATO latest by 4 pm, 18th August. If more than 10 names are received, participation will be decided by draw of lot.

Sunil C Gupta, EC Member and Chairman- Northern Region, IATO, has said that they have appealed to the Minister of Tourism, Prime Minister and ASI to open Taj Mahal, since over two lakh residents of Agra associated with the tourism sector have been living without any activity in Agra for the last 3 months. “When malls, shops, markets and places of religious worship can be opened, surely the Taj can be opened, as it would be a great precursor to start domestic tourism within the region. The opening of the Taj Mahal would send the right signals for international and domestic tourism. The Government do this with teh right SOPs and facilitating online ticketing for the same.”

IATO has requested Ministry of Culture and ASI to reduce entrance fee for foreign nationals at ASI monuments till March 31, 2022

Indian Association of Tour Operators (IATO) has requested the Ministry of Culture and the Archaeological Survey of India (ASI) to reduce the entrance fee for foreign nationals at ASI monuments, charging them the same as it would charge the nationals of SAARC countries. This, it requests, should be extended till March 31, 2022 and will help inbound tour operators reduce the package cost. The move will also help spread the message to the international travel community that India is more than willing and ready to welcome foreign tourists. The reduced fee and in turn a reduction in the package cost would enable inbound tour operators to start selling trips to India as soon as the country opens for international tourism. 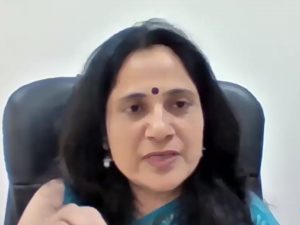 In a webinar organised by MOT and IATO to address queries related to filling Service Exports from India Scheme (SEIS) by tourism industry stakeholders, Suman Sharma, ADG, Directorate General of Foreign Trade (DGFT), said that she and her team are trying to devise an industry-wise standard list of documents, which can help firms while filing SEIS claims. “The work on the document is almost complete from my end. I will submit the same to DGFT for their approval. It will probably help all the industries including tourism and will help them know what additional documents DGFT needs while they file SEIS and reduce the time of processing their application. Currently, DGFT doesn’t have FAQs specific to SEIS filing and claim procedure. Hence, a lot of travel industry professionals are facing issues with the same.” During the webinar, Rupinder Brar, ADG, MOT inquired about the FAQs looking at the number of queries from the trade and Suman Sharma agreed to do the same to help travel trade. Sharma is also the nodal officer to deal with SEIS claims and issues on tour and travel cases.

IATO estimates loss of US$85 billion in hotel, aviation and tourism sector

A KPMG report on potential impact of COVID-19 on Indian economy says that along with large scale cancellations, the Indian Association of Tour Operators (IATO) estimates that the hotel, aviation and tourism sector may incur loss of about US$85 billion due to travel restrictions imposed on foreign tourists. The report also indicated that outbound and inbound travel to India will be at an all-time low with impact likely to be felt on both white and blue collar jobs. 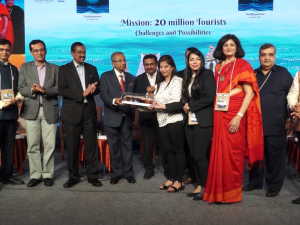 In yet another display of excellence in journalism, Team DDP collected two awards for outstanding reportage presented by the Indian Association of Tour Operators (IATO) at its recently-concluded 34th annual convention held in Visakhapatnam. The team was awarded for Tourism Breaking News as best online media as well as for IATO Manual. TravTalk magazine brought out two special daily issues during the three-day convention, highlighting key issues that the event was focusing on. The team thanks IATO for recognising its efforts and hopes that it continues to break boundaries in covering pertinent issues that plague the travel industry.

The Indian Association of Tour Operators (IATO) has recently announced the theme for its 34th Annual Convention as ’20 Million Tourists: Challenges & Possibilities’, to be held in Visakhapatnam from September 6-9, 2018. While announcing the theme, Rajiv Mehra, Vice President, IATO said, “The theme has been finalised after consideration from the Ministry of Tourism. We will hold discussions on it and will try to look how we can achieve this target. A session will be held on hotels and airlines during the convention. The theme has been finalised by the Executive Committee.” The association has already announced the governing body for the convention. While Rajiv Mehra has been appointed as the Chairman, Rajesh Mudgil, Hony Secretary, IATO has been appointed as Co-Chairman. Amaresh Tiwari has been named as Convener for IATO Run for Responsible Tourism. The venue of the convention is Hotel Novotel Visakhapatnam Varun Beach. Talking about IATO’s activities in last one month, Mehra said, Mehra said, “We conducted a roadshow to the US with Ministry of Tourism where 25 active members of IATO participated. We also concluded IATO’s Chapter Meeting in Mumbai, attended by Hony Secretary Rajesh Mudgil.”