DEX Aviation is now going to represent Alitalia as GSA (General Sales Agent) for India. According to a statement released by DEX Aviation, the company has become the nationwide GSA for the Italian carrier starting 1st April 2020. Lucio Rigo, Country Manager- India, Alitalia, said that they are hoping that things normalise soon and the industry picks up again, so that they would be able to serve Indian passengers again. 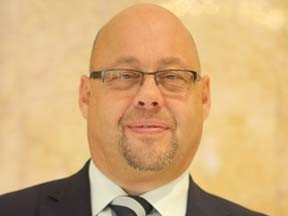 Dubai Airports welcomed 8.5 million Indian passengers during January-September, 2016. The total number of Indian passengers who travelled to Dubai (including transit passengers) in 2015 was 10.5 million. Lorne Riley, Director Corporate Communications, Communications and Business Development, Dubai Airports, says, “India is the largest source market for Dubai. Traffic from India till September has been recorded at 8.5 million but we will surpass the total traffic from last year by the end of 2016 and the total growth rate right now is 10 per cent between Dubai and India.” On an average 79 daily flights or 550 flights per week are operated between India and Dubai, informed Riley. He added, “Despite the capacity constraints, Indian airlines as a group are the fastest growing airlines that we have operating into Dubai International. Over the past 12 months, (November 2015 to November 2016) we have seen a 35 per cent increase in seats and 29 per cent increase in number of flights between India and Dubai.” Riley believes that by the end of 2020 Dubai International Airport will not only be the number one airport for international passenger traffic but also for total number of passenger traffic.