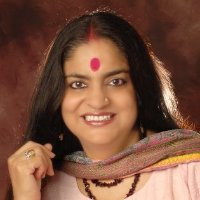 Jyoti Mayal, President, Travel Agents Association of India (TAAI) and Vice Chairperson, FAITH, met Amitabh Kant, CEO, NITI Aayog, on July 2 and discussed the concerns and challenges faced by the members. Some of the major issues discussed in the meeting were airline refunds; challenges faced to retain employees, their salaries and avoid unemployment in the sector; moratoriums and reliefs to trade due to COVID-19 lockdown and loss of business; allowing accredited travel agents to book Vande Bharat flights for Air India and also informing foreign carriers undertaking such flights to permit the same; revival challenges and long-term facilitation for the trade with airlines; protection of the agents from airline defaults and suspension of services; direction from government to airlines on remuneration for promoting the airlines; direction seeking travel agent corporate credit cards to be used for airline ticketing; reduction of credit card merchant fee by banks to below 0.75% so as to promote Digital India for aviation, travel, tourism and hospitality sectors as a whole. Seeking support from the government, Mayal requested Kant to ensure the same and assist in guiding the trade, enable creation of demand for growth, and opportunities for all travel and tourism-related activities.

On TAAI’s initiative, MoCA to call meeting with international airlines

Jyoti Mayal, President, TAAI, has said that they are having constant conversations with Pradeep Kharola, Secretary, Ministry of Civil Aviation (MoCA), discussing the issues of the industry and TAAI members. She also revealed that there is a need to make the travel agent business healthier and regular interaction with airlines to start restructuring the processes. “The Secretary (MoCA) has said he would get a meeting done very soon with international airlines and TAAI. That’s what we are waiting for,” she revealed.

Travel Agents Association of India (TAAI) has written again to the Ministry of Tourism, Ministry of Civil Aviation, Ministry of Finance, regarding concerns of the industry and urging for a stimulus package and schemes of the Government, which was not included in the package announced by the Ministry of Finance. Jyoti Mayal, President, TAAI, also revealed that they have asked MoCA to make an aviation task force which includes the travel agent community, so that they can be put their issues and ideas at the forefront. 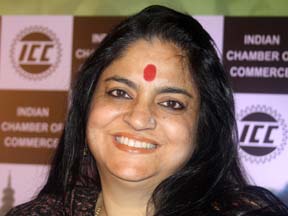 Opposing the move, Jyoti Mayal, Honorary Secretary General, TAAI, said, “We, as TAAI, are against the move that Jet Airways has slashed the one per cent commission for the agents effective January 1, 2018. Regarding the transaction fee, we are requesting them that they fix the rate of this transaction fee between 3.5-5 per cent for everyone and also maintain web parity so that there is a level playing field for everyone. We are meeting Jet Airways in a couple of days to take this further and also discuss procedural changes related to the same and are hopeful that Jet airways will understand our thought process and support our fraternity.”

Jyoti Mayal, Director of New Airways Travels (Delhi) who was previously a Member of the Managing Committee at TAAI, has been elected as the Honorary Secretary General of the association. Mayal says, “There are a lot of changes that need to be done at TAAI. To start with, we need to change the memorandum which has been long pending and that is the first thing that I am going to do. I was with the airline council earlier, and I need to continue that job because our main concern is how the airlines are dealing with us on GST.” 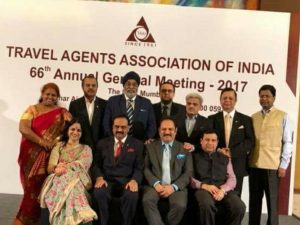 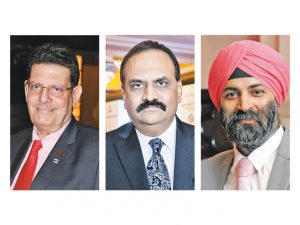 Air India has led the way towards increasing agents livelihood and recognising their distribution channel. Subsequent to an in-depth interaction with the Travel Agents Association of India (TAAI) and its suggestions made to the national carrier, the airline has announced a new assured incentive/PLB Scheme for the FY 2017-18. Air India will file additional commission of two per cent with BSP and the same will be deducted by agent as cut and pay as per BSP cycle. This will be apart from the normal IATA commission of one per cent. Jyoti Mayal, TAAI member Managing Committee & Chairperson (Airline Council), says, “We really appreciate Air India’s move to recognise and support each and every IATA agent. After a long time, I feel that our industry is regaining its glory. Under the leadership of CMD Ashwani Lohani, we have seen them work very closely with the travel fraternity – first by bringing in credit cards then web parity and now with a level playing field where every agent gets incentivised on selling each and every ticket on Air India. I would now urge all IATA members to support our national carrier to make it a leading carrier in Indian skies. As an Airline Council Chairperson, I would love to see our national airline regaining its glory and profitability. We at TAAI took this initiative with the airline to set standards in the industry and promote all agents.” The incentives shall be calculated on basic fare for domestic and for international it will be calculated on Basic Fare +YQ. There is no target for the scheme and will be valid for all tickets sold within the territory of India by IATA agents …