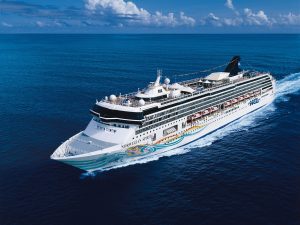 Ahead of World Tourism Day, Norwegian Cruise Line (NCL) is celebrating the forthcoming arrival of Norwegian Spirit to Australia & New Zealand waters for the first time. The ship has recently undergone the most extensive bow-to-stern modernisation in the history of the line’s innovative fleet and is designed with the adult cruiser in mind. NCL’s new Australia and New Zealand itineraries allow travellers the opportunity to experience New Zealand’s pristine vistas and Australia’s rugged coastlines from one of the best vantage points in the world – the ocean. The inaugural 2021/2022 summer sailing season sees Norwegian Spirit head Down Under, offering a collection of 8, 10 and 12 day port-intensive itineraries departing from Sydney and Auckland that will reveal breathtaking beauty to even the most well-travelled. From cruising the scenic peaks and tree-lined cliffs of Milford Sound, to exploring the historic buildings and fine food of Akaroa – New Zealand’s only French settlement – or venturing to Eden’s Ben Boyd National Park for some snorkelling in the summer sunshine, guests will be spoilt for choice when it comes to activities to explore ashore. Once onboard the all-new Norwegian Spirit, guests will experience laid-back luxury as they explore a completely enhanced ship, offering reimagined and refined adult-centric spaces, fresh staterooms and 14 new venues. Further updated elements include the second Onda by Scarpetta restaurant at sea, a doubled-in-size Mandara Spa, an expanded Pulse Fitness Center and the adult-only retreat Spice H2O. Guests can enjoy panoramic ocean views from Spinnaker Lounge, or a glass of bubbles in the Charles Rennie Mackintosh inspired Magnums Champagne & Wine Bar. Norwegian Spirit boasts 10 bars and lounges and 14 dining options – from Teppanyaki, an … 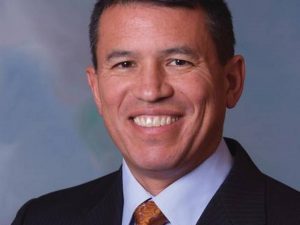 Norwegian Cruise Line (NCL) has introduced the next generation of its booked guest mobile application – Cruise Norwegian. Andy Stuart, President and CEO, NCL, said, “Whether they’re 60 days from their sail date or in the middle of their cruise, Cruise Norwegian brings seamless access to a myriad of on board offerings, services and activities right into the palms of our guests’ hands. Once on board, the app will allow guests to continue customising their ideal cruise experience and view or manage their existing account information, allowing them to maximise their time and spend it on the things they enjoy the most.” The app features functions that will help passengers in the booking process, their time on and off the ship as well as stay connected with friends and family both on board and back home. Through the app, users can also preview and book shore excursions, make dining and entertainment reservations, purchase on board dining and beverage packages or special occasion packages before they cruise. It also provides directions to the port and with mobile online check-in functionality, guests can save time at the pier and have a paperless boarding process with mobile e-docs. The new app will be available on board Norwegian’s newest ship, Norwegian Bliss, when she launches in summer 2018. 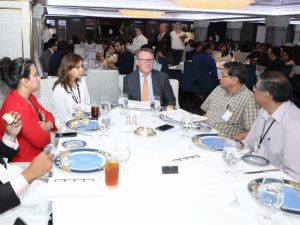 Norwegian Star, one of the flagship vessels of Norwegian Cruise Line (NCL), made her triumphant arrival to the Indian region as part of Norwegian Cruise Line’s voyages in Asia, Australia and New Zealand. Manoj Singh, Country Head, India – Norwegian Cruise Line Holdings, says, “The return of the newly-refurbished Norwegian Star to India reinforces our commitment to the Asian region, following the opening of our India, Hong Kong, Singapore, Japan and China offices last year. We have always viewed this region as a hot bed for growth and have planned to roll out some incredible offerings for the region in the coming months. One of those offerings include Norwegian Cruise Line’s most innovative ship to date, the Norwegian Joy which had been developed especially with the Chinese market in mind. We plan on introducing this new ship in July 2017.” Other key initiatives include the coming of Norwegian Jewel to the Asia Pacific region starting from November 2017, home porting in Australia with an exciting array of domestic and Trans-Tasman sailings. Norwegian Jewel’s sensational 2018/19 Asia itineraries will be announced in the coming months and seek to provide travelers a diverse selection of experiences in line with the brands signature Freestyle Cruising concept. NCLH’s premium cruise brands, Oceania Cruises and Regent Seven Seas are also operating Asian itineraries this year. Meanwhile, Seven Seas Voyager, one of the most luxurious ships in NCLH’s ultra-premium all-inclusive Regent Seven Seas brand is also based in Asia until April this year, fresh from an extensive 25-day refurbishment in November as part of Regent Seven Seas Cruises’ $125 million fleet-wide refurbishment program.