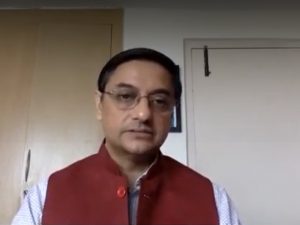 In today’s FHRAI webinar with Sanjeev Sanyal, Principal Economic Adviser, Ministry of Finance, Government of India suggested FHRAI to put forth their general problems along with other Associations like CII and FICCI. The main problem that Association addressed pertains to restructuring of loans and extending the moratorium period. They also said that onetime restructuring which was allowed till March 31 is not taken very seriously. Sanyal said that the restructuring guidelines addressed in KV Kamanth Committee will not be considered in a normal account, banks may not be taking the guidelines seriously but RBI is. Plus, he suggested that it is important to focus on the schemes that are already existing in the framework and push it forward. Association also requested that moratorium should continue until the situation is better and banks could get a solution. They also mentioned that Amitabh Kant is making some progress in deal with Saudi Arabia for a new credit line. To which Sanyal said that funds is not a problem, economy is doing good, there is liquidity in the market, the task is how to leverage it.