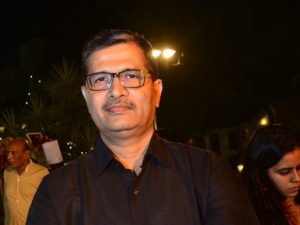 Former Railway Board Chairman Ashwani Lohani has been reappointed Chairman and Managing Director (CMD) of Air India. Lohani headed the carrier from August 2017 to September 2017 when he was moved to the Railway Board as the chairman, from where he retired in December 2018. It was during his tenure that Air India made its first operating profit of ₹105 crore in FY17 since the merger of Indian Airlines and Air India in 2007. Touted as the ‘Turnaround specialist’, Lohani’s appointment will be crucial after Air India’s failed divestment attempt last year. This year, the government has already decided to transfer over Rs 29,000 crore of AI’s huge Rs 55,000 debt to a Special Purpose Vehicle (SPV), along with the airline’s assets like real-estate and other subsidiaries of Air India. Lohani succeeds the 1985-batch Karnataka cadre IAS Pradeep Singh Kharola, who earlier this month was appointed as the Civil Aviation Secretary following the superannuation of RN Choubey. Source: PTI 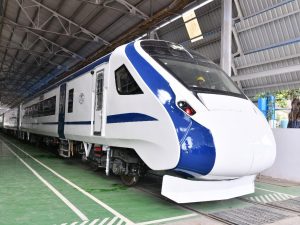 The Integral Coach Factory (ICF) has unveiled India’s first engine-less, semi-high speed train in Chennai. Called ‘Train 18’, the special train will replace Shatabdi Express in the coming months after being inducted in the Indian Railways and undergoing mandatory safety checks. Flagging off the special train, Railway Board Chairman Ashwani Lohani said Train 18 will be a game changer for the Indian Railways. The fully-air-conditioned 16-coach train can clock up to 160kmph compared to the 30-year old Shatabdi Express and can save travel time up to 15 per cent. 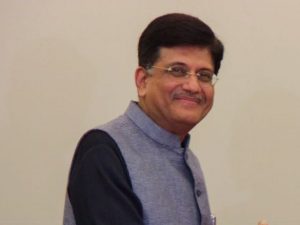 Union Minister of Railways and Coal, Piyush Goyal has launched ‘Rail Heritage Digitisation Project’ of Indian Railways in collaboration with Google Arts & Culture through video conferencing. The project is a landmark effort to showcase the country’s rail heritage to national and international audience in an online story-telling platform. Ashwani Lohani, Chairman, Railway Board; Rajan Anandan, Vice President—South East Asia and India, Google; Amit Sood, Director, Google Cultural Institute, among other dignitaries and UNESCO representatives were among those present on the occasion. Goyal said, “As a 165 year old organisation, the Railways has a lot of material which we need to preserve and leave behind for posterity. Mumbai has a special place in the Railways, being the first railway line to be set up in India. We will be setting up 22 digital screens across different locations in India for showcasing this historic project. This partnership between the Railways and Google also has the dimension of the Wi-Fi, which we have proliferated to over 400 stations in India.” Lohani said that collaboration with Google Art & Culture has enabled Indian Railways to digitise National Rail Museum, Rewari Steam Centre, three World Heritage Railways, CSMT Mumbai building and other prominent aspects of country’s rail heritage. 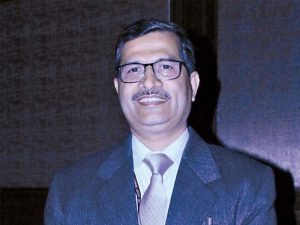 India’s much-awaited high-speed train sets will roll-out on September 30, 2018. By next year, these train sets will replace most of the Shatabdi trains. Ashwani Lohani, Chairman, Railway Board, highlights that these trains will be a technological breakthrough for the railways at the Iconic forum in New Delhi. The train has some striking features to enhance passenger comfort. The most prominent feature is that all coaches are interconnected by fully sealed gangways to enable passenger movement from one coach to another. 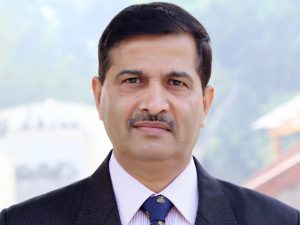 Ashwani Lohani has been named the Chairman of the Railway Board after A.K. Mittal resigned from the position. Lohani continues to be the Chairman and Managing Director of Air India until further notice. An officer of Indian Railway Service of Mechanical Engineering (IRSME) cadre, Lohani has held the position of DRM, Delhi Division, as well as National Rail Museum; and Chief Administrative Officer, Rail Alternate Fuel. Mittal reportedly resigned owing moral responsibility of the Puri-Haridwar Utkal Express derailment in Uttar Pradesh. Lohani has to his credit a Guinness World Record of running the world’s oldest working steam locomotive—‘Fairy Queen Express’. Before Air India, he was at the helm of Madhya Pradesh Tourism Development Corporation and India Tourism Development Corporation. With four engineering degrees, Lohani has even authored two books. 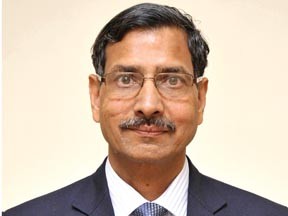 The current Chairman of Railway Board, A.K.Mital has been reappointed to the post for a period of two years i.e. till he attains the age of 62 years. Mital was appointed as Chairman, Railway Board on December 31, 2014. Prior to this appointment, he was Member Staff, Railway Board. Earlier, he served as General Manager of South Western Railway-SWR (Headquarters Hubli) and was also looking after the additional charge of General Manager, South Central Railway- SCR (Headquarters Secunderabad). Mital is a Bachelor of Engineering (Hons.). An Officer of 1976 batch of Indian Railways Service of Stores (IRSS), he has worked on various important posts in the Indian Railways. He was Director/Stores, Executive Director/Vigilance and Executive Director/Stores in Railway Board, Ministry of Railways. He has worked as Chief Material Manager in Northern Railway. 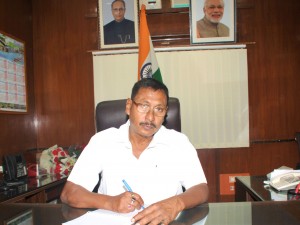 Rajen Gohain assumed the charge of new Minister of State for Railways. He is a Member of Parliament from Nagaon constituency in Assam. Soon after taking charge, he had had a brief discussion with Chairman, Railway Board, A.K. Mital. Talking to media after taking charge, Gohain listed out his priority areas as Safety and Security, Expansion And Growth of Railway Infrastructure, Passenger Amenities and Passenger Services, Improving Punctuality, Redressal of Public Grievances, Expediting Railway Projects in North-East. A graduate in Arts and also in Law, Gohain has been active in social and political field right since his youth days.

R.K.Verma, a 1980 batch of Indian Railway Service of Engineers (IRSE), has assumed the charge of the post of Secretary, Railway Board. Before assuming the post of Secretary, Railway Board on February 9, he was serving as advisor (Public Grievance) to the Minister of State for Railways. Verma, after completion of his B.Tech (Civil Engineering) from IIT(BHU), Varanasi and M.Tech (Structural Engineering) from IIT Delhi joined, Indian Railways on February 10, 1982. He has worked on various railways viz. Southern, North-East Frontier Eastern and Western including Indian Railways Institute of Civil Engineering, Pune in various capacities. His technical papers have been published in various national/international, conferences of institution of permanent way Engineers (India), International Union of Railways, International Rail Safety, International Heavy Haul Association, World Congress on Railway Research etc. He has undergone training in Heavy Haul Operations in South Africa. He also has Life Fellowship of: Institution of Engineers (India), Institution of Permanent Way Engineers(India) and Indian Institute of Bridge Engineers.