Accommodation for Buddhist Circuit has funds set aside 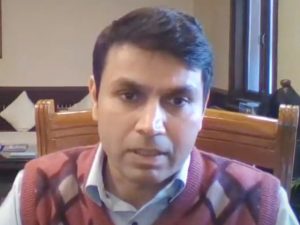 Darpan Jain, Joint Secretary, Ministry of Commerce & Industry, has said that as part of Champions Services Sector, an amount has been earmarked for development of tented accommodation in the Buddhist Circuit. “We are aware that people from China and Southeast Asia travel to places of Buddhist interest, but don’t come to India,” he said. 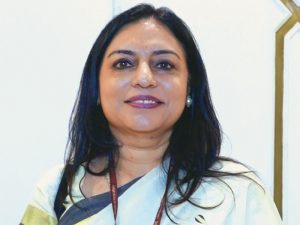 Rupinder Brar, Additional Director General, MOT, shares that the emphasis this time of MOT’s international promotional strategy will be on short-haul flights, countries and destinations from where people can actually travel in times to come. “We will be focusing on South Asia and Southeast Asia, as well as on tapping new markets,” she says.

LATAM Airlines conducts workshop for trade in Delhi and Mumbai 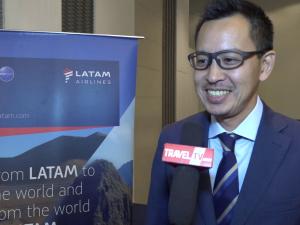 LATAM Airlines, a South American airline, conducted workshops for the travel trade in Mumbai and Delhi on November 20 and November 22 respectively. Citing a double-digit growth, Marcio-Ma, Account Manager—Southeast Asia & India, LATAM Airlines Group, said that India market has been very important for the airline. “Through this workshop, we want the travel trade in India to get an idea about the LATAM product portfolio and the destinations we connect to. For next year, we want to grow further in the Indian market and will be taking required steps to do the same.” 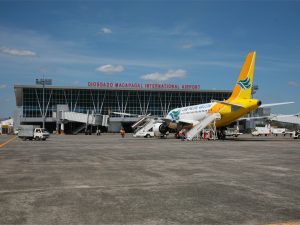 The Philippines’ leading airline, Cebu Pacific has expanded its domestic route network and presence in Southeast Asia with the announcement of four new routes aimed at improving accessibility for travellers outside Metro Manila, but more so increasing connectivity within the region. Cebu Pacific announced it would begin operations of a thrice-a-week Kalibo-Clark flight (Mondays, Wednesdays and Fridays) on October 30, 2017, linking Western Visayas, including the world-class Boracay Island, to tourists from North and Central Luzon, as well as foreigners via the Clark International Airport. The return Clark-Kalibo flight, on the other hand, begins on October 31, 2017 (Tuesdays, Thursdays, and Saturdays). The carrier’s wholly-owned subsidiary, Cebgo, will boost its presence in Northern Mindanao, through the Cagayan de Oro (Laguindingan) Airport, with new inter-island connections. Starting October 20, 2017, Cebgo will fly from Cagayan de Oro to Boracay (Caticlan); and to Dumaguete three times a week. On top of these new domestic routes, Cebgo will also operate its first international route out of Zamboanga with four times weekly flights (Tuesdays, Thursdays, Saturdays, and Sundays) to Sandakan, Malaysia starting October 29, 2017. Cebgo is currently the only Philippine carrier with a direct service between the country and Sandakan. “Cebu Pacific is very pleased to continue being a travel enabler to every Juan as we further establish seamless connections not only within the archipelago, but to the rest of Southeast Asia. Sandakan has had centuries of trade and cultural linkage with the southern Philippines, and we are especially proud to put in place infrastructure to further enhance these ties. Now, the previous 14-hour travel by sea is cut down to just a 40-minute airplane ride,” said Alexander Lao, President and CEO, Cebgo. 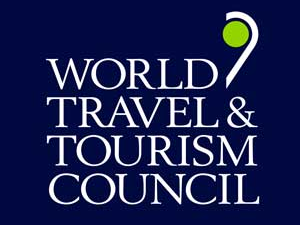 According to WTTC’s Economic Impact Report 2017, South Asia was the second fastest growing region in terms of travel in tourism in 2016, with a growth rate of 7.9 per cent. Southeast Asia (8.3%) was the region with the fastest growing travel and tourism sector in 2016, driven by the expanding Chinese outbound market and the countries own growing markets. Latin America (0.2%) was the slowest growing region. Globally, travel and tourism grew by 3.3 per cent in 2016, generating $7.6 trillion worldwide, which is 10.2 per cent of global GDP when the direct, indirect and induced impacts are taken into account. The sector supported a total of 292 million jobs in 2016, which is 1 in 10 of all jobs in the world. David Scowsill, President & CEO, WTTC, said, “This is the sixth year in a row that travel & tourism has outpaced the global economy, showing the sector’s resilience, and the eagerness of people to continue to travel and discover new places, despite economic and political challenges across the world.” The sector is expected to grow by 3.8 per cent in 2017, generating $ 7.9 trillion. This growth is slower than previously forecast, as a result of a downgrade to the global economy and a dampening of consumer spending.