AAI signs MoU with Uttarakhand for development of aviation 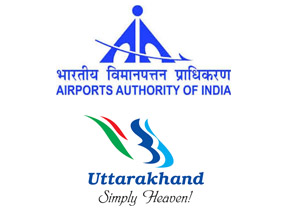 Airports Authority of India (AAI) has signed an MoU with Government of Uttarakhand and collaborated with Uttarakhand Civil Aviation Development Authority (UCADA) to develop the civil aviation sector in the state. The MoU aims to identify relevant factors influencing the development of civil aviation infrastructure in Uttarakhand; assessing commercial potential of various airports of the state; identifying technical considerations for airport operations in the state; evaluating site related technical and engineering parameters for development of projects, making estimate of the capital outlay for the future projects and development of master plan for existing and future civil aviation infrastructure in the state. AAI will also assist UCADA in obtaining necessary clearances for airport operations starting with the upgraded airport at Pithoragarh and later at Chiniyalisaur. The MoU was signed by S. Ramaswamy, Chief Secretary, Government of Uttarakhand and Anil Gupta, General Manager (Business Development). Ramaswamy said that the Government of Uttarakhand is determined to fulfil the long pending requirement of operational airports within the state. The new airports would also be part of the Regional Connectivity Scheme and will boost tourism and air connectivity for the local public.

Royal Orchid Hotels announces the opening of one more hotel under its brand ‘Regenta’ in Deharadun, Uttarakhand slated to open on 25 June, 2017. With this, it will now have a total of 44 hotels. The 74-key Regenta LP Vilas is a luxurious hotel spread over a lakh sq. ft. area with a capacity to cater to 4,000 people. It is centrally located among other Dehradun hotels within the city and close to the famous business hub Selaqui, international airport and railway station. The hotel offers a picturesque view of the forest and features a multi cuisine restaurant and a bar. The hotel is also, first of its kind to offer luxurious and spacious venue to host any kind of event with eight unique venues. Chander K. Baljee, MD of the Royal Orchid Hotels said, “Uttarakhand has always been an important market for hoteliers in terms of both business and leisure segments. Whereas under Narendra Modi’s Government, tourism is going to witness a boost and we intend to tap this segment with our existing portfolio along with our newly launched property in Dehradun.” 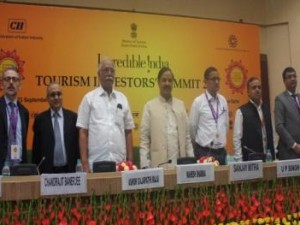 States like Gujarat, Rajasthan, Karnataka, Uttarakhand and Chhattisgarh exchanged 86 MoUs, aggregating close to Rs 15,000 crores during the inaugural edition of Incredible India Tourism Investors Summit (IITIS) 2016. Gujarat exchanged MoUs close to Rs 9000 crores, Karnataka with Rs. 2600 crores, Rajasthan with Rs. 1000 crores, Uttarakhand with Rs. 500 crores and Chhattisgarh with Rs. 12 crores. Also, B. R. Shetty Group is keen to invest Rs. 450 crores and Costa Cruise Rs. 750 crores and Triveni Singapore close to Rs. 800 crores in the country. Vinod Zutshi, Secretary-Tourism, Government of India, informed that IITIS will be held annually to boost tourism and will be supported by World Bank. The next edition of IITIS will be organized in September 2017. “World Bank is supporting India’s Buddhist Circuit development and will provide support for sustainable tourism development including through funds,” said Cecile Fruman, Global Director, Trade and Competitiveness, World Bank. At the Summit, organized by Ministry of Tourism (MoT) in partnership with Confederation of Indian Industry (CII) and the Tourism Finance Corporation of India, Zutshi also announced various initiatives like setting up of a task force headed by Secretary-Tourism, with membership from relevant ministries, state governments, and industry associations to undertake strategic planning; setting up of an investor facilitation desk to handhold investors and facilitate projects and organising investor meets in states with the support of MoT.