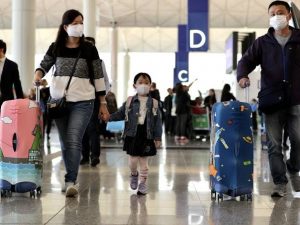 The World Health Organisation (WHO) has declared the coronavirus outbreak a public health emergency of international concern as the number of cases reported a rise in more countries. As many as 43 airlines have already begun pre-emptively cancelling or reducing flights to China. The reasoning for doing so is a mix of reduced demand for visitors and fear of virus spreading. European, American, and some Asian airlines largely make up the list of those reducing service or cancelling flights to mainland China outright under the virus is under control. Beijing and Shanghai are most affected including flights to Hong Kong also facing the heat. The cancellations are extended on some airlines to as far away as the end of March. WHO said that it is expected that further international exportation of cases may appear in any country. Thus, all countries should be prepared for containment, including active surveillance, early detection, isolation and case management, contact tracing and prevention of the onward spread of the virus.