ITC is all set to launch its new property in Kolkata by 2017. ITC Hotel, Kolkata adjacent to ITC Sonar, will be symbolic of the rich history of Bengal and Kolkata, being built with the colonial theme on the lines of the ‘British Raj’ and Calcutta as the ‘Imperial Capital of the British India’. The 490 key hotel would be among the tallest buildings of Kolkata with a commanding view of the entire city.

Royal Orchid Hotels announces the opening of two hotels under its brand Regenta Inn in Vadodara and Kolkata on Dec  15, expanding to 40 hotels by the end of 2016. Regenta Inn Vadodara is located at the newly constructed Ved Transcube Plaza adjacent to the Central Bus Terminal, walking distance to the Vadodara Railway Station and a short ride to the airport. The hotel offer 94 well-appointed room and is part of Ved Transcube Plaza that uniquely hosts various different shopping outlets, a flea Market, an Indian Heritage Lane, an Art Cafe, PVR Cinemas, a Thematic Food Court and Kids Game Zone. The hotel offers multiple banquet and conference facilities for upto 500 guests with state-of-the-art business facilities and Wi-fi services. Chander K. Baljee, MD of the Royal Orchid Hotels said, “We are glad to bring our brand of hotels in these cities. Kolkata has always been an important market for hoteliers in terms of both business and leisure segments. Whereas Gujarat tourism is already witnessing a boost and we intend to tap this segment with our existing portfolio along with our second property in Vadodara.” Regenta Inn, Kolkata is a budget friendly hotel consisting of 45 well-appointed rooms making it ideal for business & leisure travelers’ seeking accommodation next to the airport in new Kolkata city. The property offers choices between Executive rooms and premium rooms for a luxurious stay. The hotel offers optimum banquet spaces for small occasions, an all-day dining restaurant and a swimming pool. 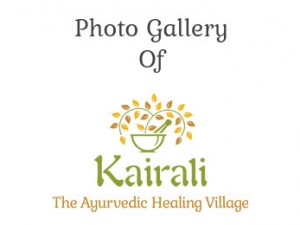 Kairali Ayurvedic Group’s signature resort ‘The Ayurvedic Healing Village’ is the latest property to come under the Lux Hotels umbrella for marketing and promotion. Bhupesh Kumar, Director, Lux Hotels, spoke about the development, saying, “We are elated to have partnered with Kairali Ayurveda for their global and national brand awareness and developing incremental business. Also, we want to increase the visibility of the brand in the global and national market.” Kairali Ayurvedic group, came in to being in 1989 with the aim of propagating the ideologies of Ayurveda throughout the world and has been a name to reckon with in the wellness industry. 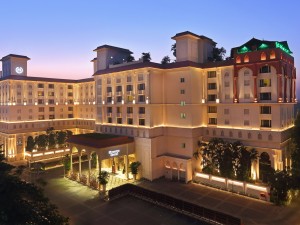 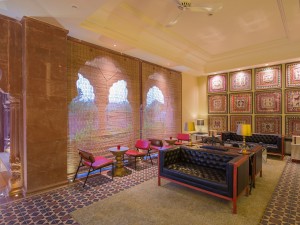 MRS Group has launched its newest property- Narendra Bhawan Bikaner. It is the third property by the Group and the second in Bikaner, where it also operates Laxmi Niwas Palace. With a full inventory of 82 rooms, the hotel opens with 58 guest rooms and suites. Speaking on the launch, Manvendra Singh Shekhawat, Managing Director, MRS Group, said, “With the opening of Narendra Bhawan, we endeavour to put Bikaner on a traveller’s map. The hotel aims to offer discerning travellers, an oasis of tranquillity with service that is personalised. The experiences curated by the hotel will bring alive the vignettes of Narendra Singh Ji’s lifestyle and history of Bikaner.” The Hotel is a retelling of the legend of the last reigning Maharaja of Bikaner-Narendra Singhji (1948-2003). The facilities include outdoor areas like the Gaushala and the Verandah; indoor dining venues like the Mad Hatter Bake House and P&C; infinity swimming pool; Clinic Spa; large meeting spaces with banquet rooms and a courtyard for business and social events. A Reveille breakfast, Sundowners at the pastures, Royal Ascot and White Nights of the Rajputs are a few experiences for the guests at the new hotel.

After strategic tie ups with six state tourism departments across India, Stayzilla now gets on board with Andhra Pradesh Tourism for the joint promotion and development of homestays in the state. The MoU was signed in the presence of Ankit Rastogi, Vice President Marketplace, Stayzilla and Himanshu Shukla, IAS, Director Tourism of APT at Vijayawada. With this association, APTDC becomes the first Tourism Board to associate with a homestay aggregator in South India. Under this agreement, Stayzilla will lend its expertise to APT to conduct verification procedures and jointly boost homestays and unique stay experiences within Andhra Pradesh. This partnership will also enable verification and training of these new Homestays being developed right from the start. Stayzilla’s team in the South, headed by Stayzilla headquarters of Bangalore, will be part of the Service and Quality Assurance Committee under APT for Inspection, which includes property verification and screening. .

Sarovar enters Ethiopia with a new hotel in Addis Ababa 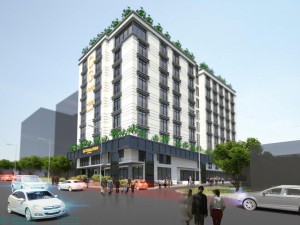 Sarovar Hotels forayed into yet another international market as it signed a hotel in the Ethiopian capital city, Addis Ababa. The hotel in Ethiopia marks Sarovar’s presence in the fifth country in Africa after Tanzania, Kenya, South Sudan and Zambia. This move comes after the group recently took over the management of a hotel in Lusaka, Zambia. The 101-rooms hotel will be called Sarovar Premiere Addis Ababa. This will be Sarovar Hotels’ seventh hotel in Africa. The group currently manages New Africa Hotel in Dar Es Salaam (Tanzania), The Heron Portico in Nairobi, The Zehneria Portico in Nairobi and Panorama Sarovar Portico in South Sudan. The Lazizi Premiere opens in Nairobi in February 2017 and Sarovar Premiere Lusaka is expected to be opened in 2018. Commenting on the new endeavor, Ajay K. Bakaya, Executive Director, Sarovar Hotels, said, “We are very excited to be expanding to another new destination in the African region. With Sarovar Premiere Addis Ababa, we exceed a total of 1000 rooms in Africa. Being Ethiopia’s biggest commercial hub and the host location of the African Union headquarters, Addis Ababa has become a major destination for many travellers to the continent, business as well as leisure. We see great growth potential in this market with high demand and this development makes a momentous step in our growth and expansion strategy in the overseas market.” 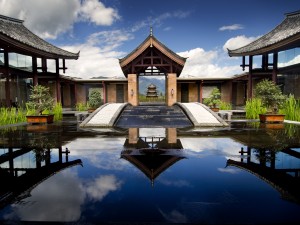 Banyan Tree Holdings has entered into a long-term partnership with AccorHotels under which both parties intend to collaborate to develop and manage Banyan Tree branded hotels around the world. Banyan Tree will also have access to AccorHotels’ global reservations and sales network, as well as its loyalty programme Le Club AccorHotels. AccorHotels will invest an initial SGD 24 million (c. €16 million) in Banyan Tree and both parties will then co-develop the brands owned by Banyan Tree around the world. This investment will be made through a mandatory convertible debenture that at conversion will give AccorHotels an approximately 5% stake in Banyan Tree. AccorHotels has an option to purchase an additional approximately 5 per cent stake. Ho Kwon Ping, Executive Chairman of Banyan Tree, said, “Our strategic alliance with AccorHotels allows us to remain an independent company, enabling us to continue securing hotel management agreements on our own and yet accelerating Banyan Tree’s speed and scope of expansion but with AccorHotels helping us to grow our brands around the world. We believe this agreement will propel our brands rapidly to global reach and range and strengthen our ability to embrace change and innovation in the hospitality industry with a strong global partner.” Sebastien Bazin, CEO and Chairman of AccorHotels, said, “Our collaboration with Banyan Tree is a great opportunity to complement our business proposition to owners with iconic brands, while always better servicing our Guests. Banyan Tree Holdings has created key leading positions across Asia with luxury resorts, one of the fastest growing segments in the industry. We will bring scale to the network through our ability to develop and manage hotels under the Banyan Tree brands globally, hence strengthening … 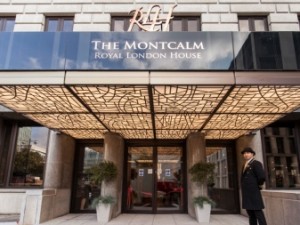 The Montcalm Luxury Hotels has opened its sixth property, the Montcalm Royal London House – City of London. Located just a stone’s throw away from Liverpool Street station and close to Shoreditch, the 253-bedroom hotel marks a remarkable transformation of an imposing mid-century office building into a stylish five star property with uniquely striking views of London’s City skyline. At the Montcalm Royal London House – City of London, the group’s trademark timeless elegance has breathed new life into the building’s fine mid-century features, with statement copper pipe lighting and exposed brick walls mixed with original reclaimed parquet flooring and silk-lined corridors, feature staircases and turquoise leather stools. More information on the hotel can be found at http://www.montcalmroyallondoncity.co.uk/.