Maharashtra Tourism Development Corporation (MTDC) in association with the Ministry of Tourism, Government of Maharashtra, is set to launch the first edition of the Mumbai Shopping Festival (MSF). India’s first-of-its-kind citywide three-week festival will be celebrated from January 12-31, 2018 across Mumbai. The festival will include immersive retail experiences clubbed with live performances across the city. In lieu of the recent notification by the Government of Maharashtra where shops and establishments can now stay open 24X7, the Ministry of Tourism and MTDC will set up Mumbai’s first-ever Night Bazaar Flea Market which will go on till 4 am on weekends only. To enhance visibility of the Mumbai Shopping Festival, MTDC has teamed up with various associations with various retail and commerce bodies. Shopping partners for the Mumbai Shopping Festival 2018 include major malls and retail chains in Mumbai. Devendra Fadnavis, Chief Minister of Maharashtra, said, “I am pleased to announce this festival as we launch Mumbai as a world-class shopping destination. We are delighted to see interest from our partners including retailers, brands, restaurants, who have given innumerable hours to making the Mumbai Shopping Festival a reality. We look forward to the participation of each and every Mumbaikar, and citizens of the country in joining us to celebrate this mega extravaganza.” 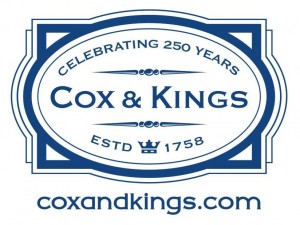 Cox & Kings announced the ‘Free Fly to Kashmir’ packages in its bid to promote Kashmir Tourism under its domestic brand ‘Bharat Deko’. The initiative offers free airfare ex New Delhi, thus making the package attractive. ‘Glorious Kashmir’ and ‘Kashmir Delight’ are the two packages announced for travellers. The special packages were formally launched by Mahmood Ahmad Shah, Director Tourism, Kashmir along with Yusuf Poonawala, Senior Vice President, Cox & Kings at the Nigeen Club, Srinagar. The packages that span for a week have been specially crafted to offer a holistic Kashmir experience with price starting from only Rs 22,099. The Free Fly tours will allow the tourists to explore Kashmir’s nature, local culture and history. Sonamarg, Thajwas Glacier, Pahalgam, Awantisvamin and Betaab Valley are a few of the many sites that have been included in the tour. Poonawala said,”Kashmir is on the priority list of travellers. This offer will further boost tourist influx into Kashmir.” Bharat Deko has also created theme-based videos besides other marketing materials to promote the snow-state of India. The package offer is valid for travel period January 1 to June 30, 2018. 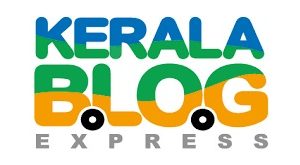 The Tourism Department of Kerala has commenced the registration process for the fifth edition of Kerala Blog Express (KBE) to kick-start in March 2018. Aspiring bloggers have already started promoting their KBE profiles on social media to get maximum votes by their followers by January 2018. The selection process is in such a way that the submission forms uploaded by the bloggers from around the world would be reviewed by a panel. Post approval, the bloggers’ profiles would be up for voting. As soon as the bloggers get approval, they could share their Kerala Blog Express profiles among friends and followers to seek votes in their favour. Post evaluation by a panel of judges, names of final participants of ‘Kerala Blog Express 5’ would be announced. P. Bala Kiran, IAS, Director, Kerala Tourism, stated, “Encouraged by the success of the previous edition of Kerala Blog Express, we are optimistic to receive the maximum number of entries this year. The tourism department has made this initiative unique by combining various aspects such as campaign on social media, familiarisation trip, bloggers’ meet and road trip in a major way.” 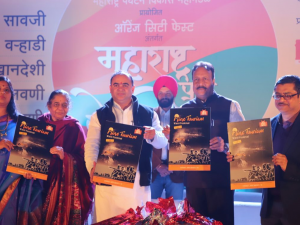 Maharashtra Tourism Development Corporation (MTDC) showcased various culinary offerings of the state through the Maharashtra Food Festival held in Nagpur from December 20-25, 2017.  The six-day festival offered authentic vegetarian and non-vegetarian Maharashtrian delicacies. MTDC has also held a meeting with several hotels and restaurant chains in Nagpur to create awareness about this event. Apart from food, activities like a musical show by popular Marathi singer Savani Ravindra, fashion show by LAD College, lavani performance, rock band show and folk dances were also held. The art forms, handlooms and handicrafts of the state were also be exhibited. Jaykumar Rawal, Minister of Tourism & (EGS), Government of Maharashtra, said, “The aim behind organising such a festival is to bring together people from different walks of life to taste the diverse cuisine of the state. The food festival is guaranteed to satisfy the taste buds of every traveller. The Hospitality & Tourism industry in Maharashtra is expected to grow at a rapid pace between now and 2025. We are also planning to tie-up with the private hospitality colleges to offer internship to students in our resorts and generate employment opportunities.” 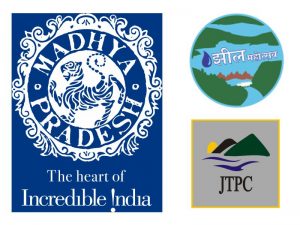 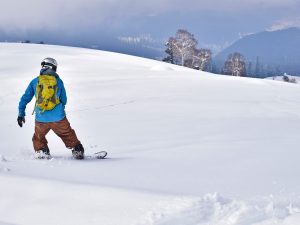 In a bid to tap the South Indian market, the Department of Tourism, Jammu & Kashmir organised a familiarisation tour for the travel agents from Chennai and Bengaluru who visited Pahalgam, Gulmarg, Yusmarg and Srinagar city. The department is planning an aggressive marketing campaign, including roadshows and seminars in Tamil Nadu and Karnataka this month to counter negative media publicity which has affected tourist flow to Kashmir. The hosted travel agents were all praises for the hospitality they experienced during their visit to the state. The visit included recce to budget, high-end properties and houseboats, the valley’s main USP. Source: UNI

AAI and Haryana Govt. to create aviation hub in Hisar 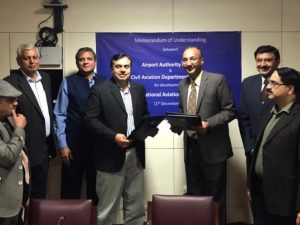 In a  move to develop civil aviation infrastructure in the state, the Airports Authority of India (AAI) has signed a Memorandum of Understanding (MoU) with Government of Haryana for creating a world-class international aviation hub in Hisar. The MoU was jointly signed by Ashok Sangwan, Advisor Civil Aviation, Civil Aviation Department (DCA), Government of Haryana and Anil Gupta, General Manager (Business Development), AAI in the presence of other officials on December 11. Sangwan appreciated the role of AAI in creating, upgrading, maintaining and managing civil aviation infrastructure and airspace in the country. Gupta reiterated AAI’s commitment in assisting the Haryana goverment for creating and developing world-class civil aviation infrastructure in the state. 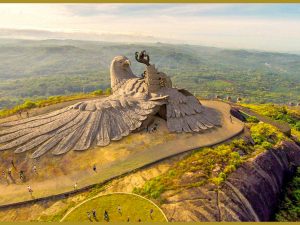 Jatayu Earth’s Center – Kerala’s first build–operate–transfer (BOT) model ecotourism project, ‘Adventure Rock Hill’, is now open for visitors. Located at Chadayamangalam in Kollam district of Kerala, the Jatayupara Nature Park was rechristened as Jatayu Earth’s Center. Covering four hills in Chadayamangalam, there are few more ventures pending to make the Nature Park fully operational by April 2018. Adventure Rock Hill is open for a group of 10-100 people, with entry of Rs 3500 per person. Spread across 65 acres, it offers abundant activities like camping, rock climbing, trekking, 6D theatre, a virtual reality museum, a Siddha and an Ayurvedic cave resort. The key highlight of the Jatayu Earth Centre is the world’s largest bird sculpture, which has an entry into the Guinness Book of World Records. Rajiv Anchal, Concept Designer, Chairman and Managing Director, Jatayu Earth’s Center, stated, “Considered as a glorious example of eco-friendly tourism in India, the center is a result of 10 years of sustained dedication. ‘Jatayu’ symbolises an era when humans and other living beings cared for each other and lived together peacefully.” P. Bala Kiran, Director, Kerala Tourism, said, “From adventure enthusiasts to families, young generation of travellers to couples, this tourist spot caters to a wide audience. The center allows the tourists to have thrilling experiences, while exploring the natural beauty of the place.” 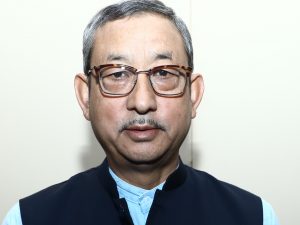 A one-of-its kind skywalk is all set to be developed in the eastern state of Sikkim. C Zangpo, Secretary, Tourism & Civil Aviation Department, said that they are working on a big project in Bhaleydhunga. “A skywalk in Bhaleydhunga is being constructed by a world-renowned company. We hope to complete the project by 2019. In fact, we have already completed around 40 per cent of work. Apart from this, we are focusing on adventure as we have tremendous trekking trails, which appeal to foreigners too,” he shared. The skywalk is said to be a major tourist attraction in the state for both domestic and foreign tourists visiting Sikkim.