BLS to support Sopra Steria in processing applications for UK 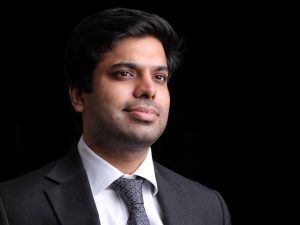 United Kingdom Visas & Immigration, (UKVI), a division of the UK Home Office, responsible for deciding who can visit and stay within the UK, has awarded Sopra Steria a new contract to enable visa renewals for those individuals who are already in the UK. BLS International Services will be supporting Sopra Steria and UKVI by establishing and delivering some of the key value-added services under the contract. BLS International Services currently handles approximately 12 million visa applications annually across its global network. It will now assist in the processing applications for permission to remain in the UK on behalf of the Home Office. Shikhar Aggarwal, Joint Managing Director, BLS International, comments, “We are privileged to be part of this new partnership in the United Kingdom. It reinforces our company’s position within the UK and significantly enhances our stature as a leading service partner to client Governments worldwide. We will deploy our world class solution to provide an innovative and convenient service to the UK Home Office and its applicants.”

The government earned ₹1,400 crore as revenue from the e-Visa scheme, offered to citizens of 163 countries visiting India as tourists, since its launch in 2014. The Union Home Ministry officials said 19 lakh tourists made use of the e-Visa scheme in 2017 and it is expected that more than 25 lakh tourists will avail the facility in 2018. Since its launch in 2014, the e-Visa scheme has brought in revenue of more than ₹1,400 crore, a senior ministry official said. The e-visa fees are divided into four slabs of zero, $25, $50 and $75, which were fixed on reciprocity and depending on nationality. The scheme has been implemented by the foreigners division of the Home Ministry to improve the efficiency and transparency of various services being provided to foreign nationals. The facility is now available for nationals of 163 countries for entry into India through 25 international airports and five sea ports. Under the scheme, an applicant, when an online application is submitted, receives an e-mail authorising him or her to travel to India after it has been approved. The tourist can travel with a printout of this authorisation, another official said. The scheme also covers business and medical categories. SOURCE: PTI 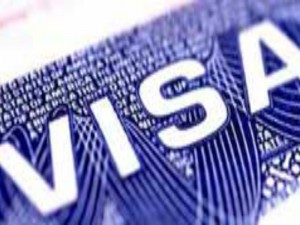 UK Visas and Immigration (UKVI) has announced an extension of the Super Priority Visa service (SPV) to Pune and Bengaluru, meaning that more Indians can get a visa decision in 24 hours or less. SPV is an optional service for customers in India who need to travel to the UK urgently. Pune and Bengaluru add to the three locations this service is already offered – Delhi, Chennai and Mumbai. SPV applications are assessed to exactly the same high standard as all other applications but are handled by UKVI at the highest priority, with dedicated staff members processing cases at the front of the queue and an express courier service ensuring quick return to the customer. This means that the 24-hour turnaround is achievable and secure. Immigration Minister, Caroline Nokes said, “I am pleased that the Super Priority Visa service is being extended to even more Indian cities, giving many more UK visa customers the opportunity to receive a visa decision in 24 hours or less if needed. India was the first country in the world to receive this service in 2013 – and is once again leading the way as two more cities – Pune and Bengaluru – receive this first class visa service. This is further proof of the strength of the UK-India relationship and of the focus by UKVI on providing a convenient, world-class experience for Indian visa applicants.” The extension of this service aims to support the UK-India Technology Partnership, which will include establishing ‘tech clusters’ in these strategically important cities. 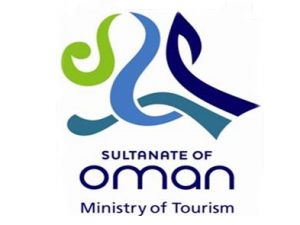 The Royal Oman Police (ROP) has announced that visas will only be granted electronically, effective March 21, 2018, and there will be no more hand-processed visas at the airport. Royal Oman Police, Sultanate of Oman said, “The migration to electronic visas is due to its simplicity and effectiveness, its alignment with modern technology and is in line with the e-government project of the Sultanate. Further, it will save tourists and visitors’ time by avoiding long queues at the airport. The system has been thoroughly tested and more than 12,000 users have already benefited from it. The system is considered to be one of the safest and most confidential in the world, having achieved an ISO certification.” The e-visa application explains clearly the process of obtaining visas either individually or collectively such as obtaining a visa through a tourism company in a simplified way. Additionally, the application clarifies the visa formalities for various groups of countries. In addition, specialists at ROP are available 24 hours a day to provide support. Applicants can obtain visas via the URL- evisa.rop.gov.om, and seek assistance through the official account of eVisa system on twitter- @OmanEvisa. The new e-visa system, coinciding with the opening of the new Muscat International Airport, supports the Oman Tourism Strategy in attracting more tourists and tourism investment into the country, whereby the number of tourists to Oman in 2040 will reach over 11 million by 2040. 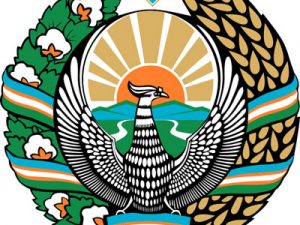 The Republic of Uzbekistan has introduced a simplified procedure for issuing tourist visas for citizens of 39 countries including India. Citizens of these countries now should not submit tourist voucher or invitation letter to receive visa. Consular offices of Uzbekistan will issue visas for citizens of these countries within two working days. Travellers from India no longer have to show LOI (letter of invitation) but simply apply for a visa at the Embassy of Uzbekistan in Delhi. From July 2018 onwards, tourists can apply for visas online (E-visa) and collect it on arrival.

Over 526,000 UK visas were issued to Indian nationals between January and December 2017, a jump of nearly 10 per cent from 2016. According to the latest quarterly report from the UK’s Office for National Statistics, British visas issued to Indian nationals in 2017 increased sharply over the previous 12 months. The increase was driven by a surge in visitors and students with visitors increasing by 11 per cent to 427,000 and students by 28 per cent to 14,500. Indian nationals still receive more employment visas than all other nationalities combined, with 59,000 Indians choosing the UK to further their careers. Dominic Asquith, British High Commissioner to India, KCMG, said, “These statistics illustrate the continuing strength of the UK and India’s relationship.  I am delighted that more Indians than ever before are choosing the UK for work, study, tourism and business travel. Particularly welcome is the 28 per cent increase in Indian students, showing that our world-class universities are again attracting more of India’s brightest young people. Our visa service for Indians is as good as any other. Almost 90 per cent of applicants are issued visa, in line with global norms. We have more visa application centres across India than we do in any other country.” 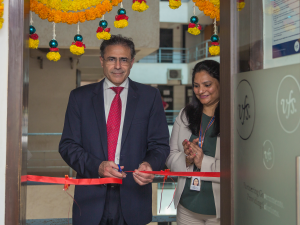 Residents of Goa planning a visit to Cyprus can now apply for their visas at the new VFS Global Cyprus Visa Application Centre in Panjim. The centre brings Cyprus visa services closer to home, eliminating the need for applicants from Goa to travel to a neighbouring state to submit their applications. The centre in Goa was inaugurated by His Excellency Demetrios A. Theophylactou, High Commissioner of Cyprus to India. Theophylactou said, “The Cyprus Visa Application Centre in Goa is one out of 16 VFS global centres serving Cyprus in India. The opening signifies a steady increase in visa related queries. Consequently, this centre would further expand and enhance visa services, and promote people-to-people contacts, thus contributing to our bilateral relations. The centre would work in close cooperation with the Consular Section of the High Commission to achieve the goal of timely and efficient issuance of visas.” Vinay Malhotra, Chief Operating Officer–Middle East and South Asia, VFS Global said, “VFS Global has served the Government of Cyprus in India since 2015, and the expansion of our services on their behalf to 16 cities in India is a testament of their faith in our ability to offer applicants best-in-class visa services.” 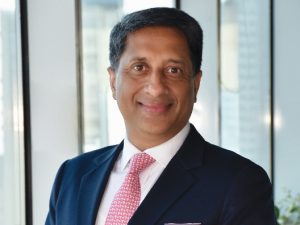 Residents of India wishing to travel to Ukraine can now apply for both short and long term visas at the VFS Global Visa Application Centre in New Delhi. Ukraine was recently signed on as VFS Global’ s 57th client government worldwide, when the Ukraine Ministry of Foreign Affairs and VFS Global signed a contract to provide visa services on behalf of the Eastern European nation across eight countries in the Africa region, Lebanon in the Middle East region, India in the South Asia region and China in September 2017. The contract entails the launch of 10 visa application centres across these eight countries by January 15, 2018, with the one in New Delhi being the first step toward that goal. Vinay Malhotra, COO – Middle East and South Asia, VFS Global, remarked,  “It is with great pride that VFS Global announces its partnership with Ukraine. It is with even greater delight that we launch the first Ukraine Visa Application Centre in New Delhi, India. Ukraine is fast becoming a popular destination for Indian travellers and we look forward to offering travel enthusiasts in the region our best in class visa application services to ease their submission process.” 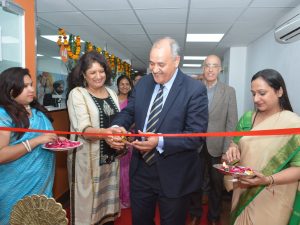 Cox & Kings Global Services (CKGS) has opened a Morocco Visa Application and Information Centres (MVAIC) in New Delhi. It was inaugurated by His Excellency Mohamed Maliki, Ambassador of the Kingdom of Morocco, in the presence of Venku Murthi, Chief Operating Officer, CKGS. Maliki said, “Both Morocco and India have shared values and a history that goes back over several centuries. Foreseeing growth and significance of the Indian tourism market to Morocco, the Embassy of the Kingdom of Morocco has decided to outsource the visa application services and entrusted CKGS to open visa application centres in India. The opening of the visa application centres in major cities in India is an important milestone which reflects the strength of the two countries’ relations as well as Morocco’s outreach to Indian travellers.” In the first phase, centres have opened in the four key metros—Delhi, Mumbai, Chennai and Kolkata. Murthi said, “We are happy to be entrusted with the role of providing visa application services by the Embassy of Morocco as this is an opportune time to tap the growing Indian outbound travel market. Our offices across 11 centres in India will seamlessly facilitate visa processing, thereby increasing the number of Indians travelling to Morocco.’’

In an effort to enhance its visa service, the United Kingdom Visa & Immigration (UKVI) has extended the Registered Traveller Service to Indian nationals – an optional membership scheme which provides expedited crossing through the UK border. Registered Travellers are entitled to use the EEA entry lanes, or if they hold an electronic passport, the ePassport gates, and won’t need to routinely fill in a landing card. There are more UK Visa Application Centres in India than any other country. UKVI will also be improving the application process during 2018, with new online forms and upgraded technology to make the experience smoother and customer-friendly. Tricia Warwick, Interim Director for Asia Pacific, Middle East and Africa, VisitBritain, said, “We want the UK to be a ‘must-go-now’ destination for visitors from India. Making it easy to travel here is an important part of our tourism offer. With our hotels, attractions and shops, all offering great value for Indian visitors right now, it is a great time to come to Britain.” Source: ANI