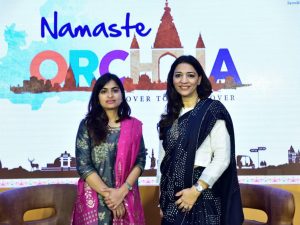 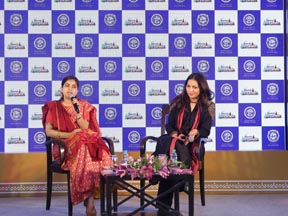 Madhya Pradesh Tourism has announced ‘Namaste Orchha’ festival, which is scheduled to be held from 6-8 March 2020, in the historic town of Orchha. The festival, aimed at celebrating the cultural landscape of MP, was announced at a curtain raiser event in New Delhi, in the presence of Sonia Meena, Additional Managing Director, Madhya Pradesh State Tourism Development Corporation (MPSTDC) and Yasmin Kidwai, Festival Director and Curator, Director of Spring Box Films. The 3-day festival offers unparalleled travel experiences for visitors to Madhya Pradesh, the government has announced this festival in the heritage city of Orchha to promote tourism, celebrate cultural diversity, natural beauty and the architectural heritage of the state. Namaste Orchha will showcase Madhya Pradesh in Orchha, bringing it alive with music, dance, heritage tours, workshops, local cuisine, arts and handicrafts. Madhya Pradesh boasts popular tourist destinations like Khajuraho, Ujjain, Sanchi, Bhimbetka as well as untapped places like the recently awarded National Award for Best Heritage City – Orchha.

Madhya Pradesh Tourism has been sanctioned Rs 98 crores for wildlife circuit project, and Rs 75 crore for Buddhist circuit under the Swadesh Darshan scheme of the Ministry of Tourism, Government of India. Tanvi Sundriyal, Additional Managing Director, Madhya Pradesh State Tourism Development Corporation informs, “We have been sanctioned Rs 98 crores for Wildlife Circuit, Rs 75 crores for Buddhist circuit and Rs 98 crores in principle for Heritage circuit.” Sundriyal informs, “Wildlife circuit is the one in which we are adding value to the people visiting the wildlife places by giving them something extra. Buddhist Circuit looks at infrastructure development in various Buddhist oriented sites in Madhya Pradesh. These two have been completely approved but the third one, the Heritage circuit has got an in-principle approval. The places which fall under this circuit are Orchha, Khajuraho, Gwalior, Chanderi, Mandu and lesser known destinations in and around these places.”

In an attempt to tap the opportunities of water tourism in the state, Madhya Pradesh Tourism is organising ‘Jal Mahotsav’ in Hunumantiya, Khandwa district from February 12-21, 2016. “MP Tourism has taken this initiative to raise awareness through ‘Jal Mahotsav’, which is an enthralling mix of cultural performances and adventure activities taking place against the beautiful background of the Indira Sagar Dam,” said Tanvi Sundriyal, Additional Managing Director, Madhya Pradesh State Tourism Development Corporation. The mega event will be inaugurated by Madhya Pradesh Chief Minister Shivraj Singh Chouhan, she added. The 10-day event will play host to a number of activities like local sightseeing, adventure sports, outdoor activities, air and land adventures along with a display of food and crafts bazaar at the venue. There are 120 tents to be made available to the tourists attending the festival and the state is expecting a huge turnout of domestic as well as international tourists. Dr. Mamta Pandey, Sr. Liason & Marketing Officer, MP Tourism, informed that more than 200 delegates from the industry and ministry attended the roadshow.