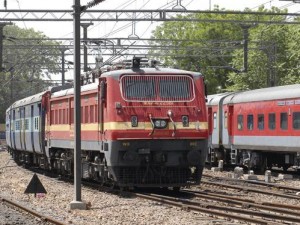 Indian Railways is planning to seal stations just like airports and passengers would be advised to arrive 15-20 minutes before scheduled departure of trains to complete the process of security check. Arun Kumar, Director General, RPF, told PTI, “The security plan has already been put in motion in Prayagraj, in anticipation of the Kumbh Mela, and at Hoobly railway station in Karnataka with a blueprint for 202 more stations ready for implementation. “The plan is to seal the stations. It is primarily about identifying openings and to determine how many can be closed. There are areas which will be closed through permanent boundary walls, others will be manned by RPF personnel and some will have collapsible gates.” He further added, “At each entry point, there will be random security checks. However, unlike at airports, passengers need not come hours in advance, but just 15-20 minutes ahead of their departure times to ensure that they are not delayed because of the security process.” Kumar said that while security will increase, presence of security personnel will not. “If we are inventing in technology, then manpower requirement will reduce,” he said. These steps are a part of a security plan under the Integrated Security System (ISS) which was approved in 2016 to strengthen surveillance mechanism at 202 railway stations. Source: PTI

An average 15 minutes of taxiing at six of the busiest airports in the country is likely to cost airlines Rs 2,000 crore annually by 2021, compelling them to explore ways to reduce fuel consumption and switch to greener ways of steering the aircraft on the ground. According to a study, the total fuel burnt is likely to increase by 40 per cent by 2021–going up from 1,67,000 tonnes in 2016 to 2,34,000 tonnes–as airlines expand their operations. Of the total 85 operational airports in the country, airports at Delhi, Mumbai, Chennai, Bangalore, Hyderabad and Kolkata handle nearly 65 per cent of the total air traffic. “Slots are almost over at major airports. This situation will result in an increase in waiting time for both departing and arriving aircraft,” said Lalit Gupta, Joint Director General, DGCA. The experts say alternate ways of taxiing can help airlines save up to six per cent of their total fuel costs. Traditionally, an aircraft taxiing between the main terminal and runway uses jet engines causing a significant fuel burn. Source: PTI 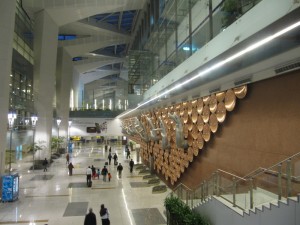 In view of the demonetisation drive by the government, and the resulting cash crunch in the country, the Ministry of Civil Aviation has decided to extend the suspension of collection of parking charges at all airports till midnight of 28 November, 2016. The parking charges were earlier waived off till November 24. The extension has been done in order to facilitate the smooth movement of passengers.