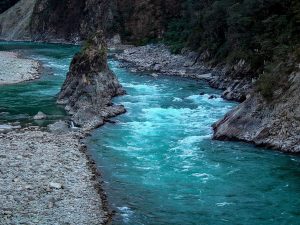 Ministry of Tourism has recently tweeted that for strengthening tourism in Northeast, under the PRASHAD scheme, Rs 37.87 Crore have been sanctioned for the development Parshuram Kund in Arunachal Pradesh, which has been an iconic destination in the country.

First UDAN flight takes off from Tezu in Arunachal Pradesh to Guwahati, Assam 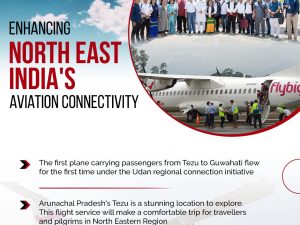 The first passenger flight has taken off from Tezu, Arunachal Pradesh to Guwahati, Assam under the UDAN initiative to improve the air connectivity in the Northeastern Region, it was revealed in a tweet by the DoNER Ministry. Tezu is believed to be a stunning location to explore and it is believed that the flight service will make a comfortable trip for travellers and pilgrims in North East Region. 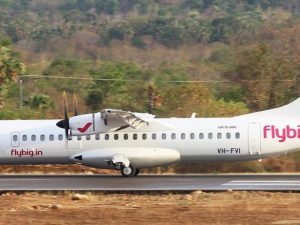 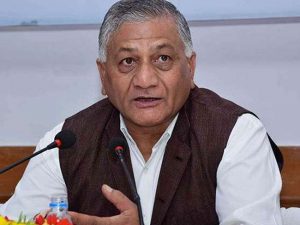 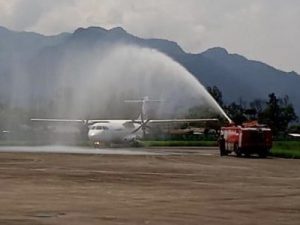 A trial flight operated by Flybig Airlines safely landed at the Pasighat Airport in Arunachal Pradesh on May 23, and the carrier has now started scheduled civil operations from Monday, according to the Union Civil Aviation Ministry. The ministry expects that the direct flights under the central government’s UDAN scheme will boost the economic opportunities in the region, it was revealed in a Tweet. 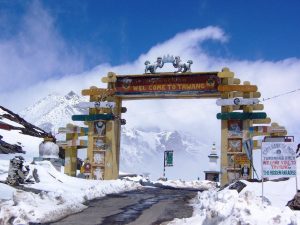 Pema Khandu, Chief Minister, Arunachal Pradesh, has announced that the state is now open to visitors, but they have to follow the SOPs, that includes a COVID, negative report. Khandu tweeted regarding the same and stated, “Arunachal Pradesh opens today to welcome tourists. Get mesmerized by its beauty and rejuvenated by the purity of its nature. Those who dreamt—it’s time to explore.” Here’s what tourists have to keep in mind when visiting Arunachal Pradesh: As per the SOP, only pre-booked package tours, done exclusively via local tours operators of the state will be allowed to operate. All ground handling and tourist transport services, including pick up/drop, will also be authorised via local travel tour/agent operators. Since Inner Line Permit (ILP) is required to visit the state, visitors will need to provide four other additional documents—tour itineraries and vehicle details, COVID-19 certificate, tour booking slips, and details of the guide and driver. Tourists should possess a valid COVID-19 negative certificate (RTPCR or True NAT test) from ICMR designated laboratory/facility, which they have undergone not more than 72 hours prior to the date of arrival, as per a government notification. All tourists, accompanying drivers and guides from outside the state should adhere to COVID-19 inter-state traveller testing protocol issued by the Department of Health and Family Welfare, Arunachal Pradesh. As per the protocol, tourists should strictly observe adequate social distancing norms. Although family groups can stay together, they would have to ensure that they will remain 2 m away from other individuals or family groups. Visitors are expected to wear protective face masks when they are within the premises of any tourist destination and that all payments are processed via digital mode, … 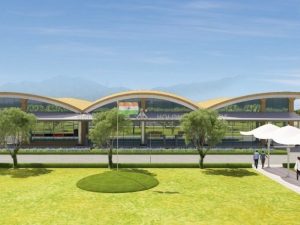 The Airport Authority of India (AAI) will develop a greenfield airport at Arunachal Pradesh’s Hollongi, near Itanagar. This airport is expected to be completed by November 2022. With an area of 4100 sqm and estimated cost of Rs 650 crore, the new domestic terminal building of the airport will be able to handle 200 passengers during peak hours. Equipped with eight check-in counters, the terminal building will have all modern passenger facilities. The terminal will be an energy-efficient building provisioned with a Rain Water Harvesting system and sustainable landscape. 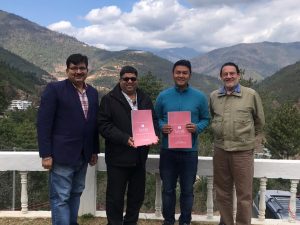 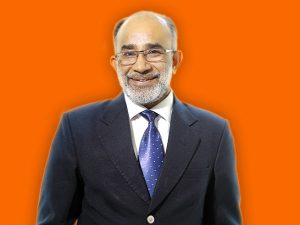