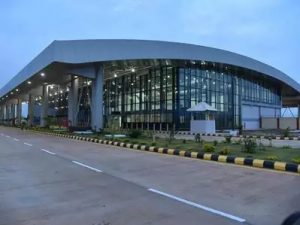 The aviation sector of India continues to fly higher as Airports Authority of India (AAI) witnesses 50 per cent of its pre-COVID era flight movement and passenger footfalls. AAI reveals that amidst this growth, Belagavi Airport has emerged as the third busiest airport in Karnataka, with 2.6 lakh passengers flying with 6.4K flights in the last 10 months. 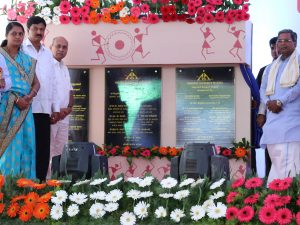 New and upgraded Belagavi Airport has been inaugurated by P. Ashok GajapathiRaju, Union Minister for Civil Aviation and Siddaramaiah, Chief Minister, Karnataka. Belagavi is the second capital of Govt. of Karnataka and is 502 km from Bengaluru and 200 km from Goa Airport. The city is one of the 20 cities selected in the first phase, for development as a smart city under the Government of India’s Smart Cities Mission. The New Terminal, a centrally air-conditioned building, with an area of 3,600 sqm has a capacity to handle 300 peak hour passengers at a time. It has all essential passenger friendly amenities and conveniences and is provided with CUTE-enabled Check-in Counters, Baggage Conveyors, Elevator, Public Address System, Fire Fighting & Fire Alarm System, Flight Information Display System (FIDS), CCTV, Baggage scanners and Car parking etc. Inaugurating the terminal Raju, Union Minister of Civil Aviation said, “Belagavi is an important City in the state of Karnataka. With the Upgraded Airport, the City is all set to cater to more air passengers from the region. Since Belagavi is amongst the first 20 cities being transformed into Smart Cities, this was a much needed development.” Other dignitaries present for the occasion include Ananth Kumar, Union Minister of Chemicals & Fertilisers and Parliamentary Affairs; R.V. Deshpande, Minister for Large & Medium Industries and Infrastructure Development, Govt. of Karnataka; D.K. Shivakumar, Minister of Energy and Power, Government of Karnataka, Ramesh L. Jarakiholi, Minister for Co-operation and Belagavi District Incharge Minister; Suresh C. Angadi, Member of Parliament (LokSabha); Dr. Prabhakar Kore, Member of Parliament (RajyaSabha); Sanjay B. Patil, Member of Karnataka Legislative Assembly and Sanjyot Bandekar, Mayor, Belagavi City Corporation as the guests of honour.