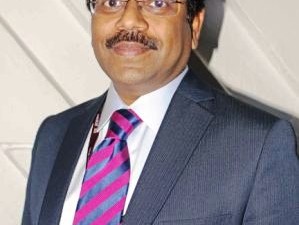 The Ministry of Tourism has confirmed that they are looking to extend the e-Tourist Visa (eTV) facilities to 36 other countries, among which Italy is one of the key countries. “The e-Tourist Visa has been the biggest game-changer for the industry,” commented Suman Billa, Joint Secretary-Tourism, Government of India. “Initially, we began with a handful of countries which were our eight major source countries. We now stand at 150 countries and are looking to expand the list. Most of our most important source countries have already been included but Italy is one of the other major markets that will receive this facility after approval.” During January-June 2016, a total of 4,71,909 tourist arrived on e-Tourist Visa as compared to 1,26,214 during January-June 2015, registering a growth of 273.9 per cent. A total of 36,982 tourists arrived in June 2016 on e-Tourist Visa as compared to 15,557 during the month of June 2015 registering a growth of 137.7 per cent. 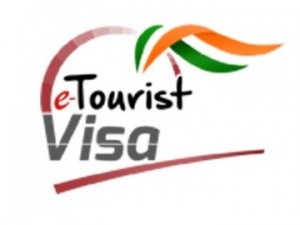 India may soon roll out a long-term multiple-entry comprehensive visa by merging tourist, business, medical and conference visas into one to attract more visitors and boost trade. Tourists, businessmen or people coming for treatment or to attend conferences or even for film shoots can be covered under the proposed new category, which was first mooted by the commerce ministry following a suggestion by the Prime Minister’s Office (PMO) to boost services trade. The long-term, multiple-entry visa is likely to be given up to 10 years but under this category the visitor will not be allowed to work or stay permanently, a government official, who is part of the deliberations, said. As per the proposal, if a foreigner is granted long-term, multiple-entry non-working or non-permanent stay visa and his or her stay is restricted to 60 days on a visit, the government may waive the visa fee as well. However, the visitors have to give biometric details and fulfill certain security obligations, the official said. The home ministry is working on the proposal and, hopefully, it will be implemented soon, the official said. The plan is part of the commerce ministry’s initiatives to boost India’s services trade. Source: PTI 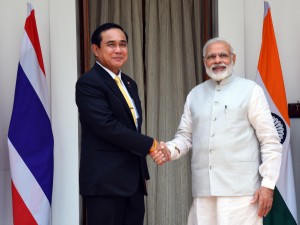 To promote Buddhist Circuit and attract more tourists from Thailand, the Government of India will soon facilitate a double entry e-tourist visa (eTV) for Thai visitors, revealed PM Narendra Modi while addressing the Thai Prime Minister, Chan-o-cha, and other senior Thai delegates’ visit to India. About 10 lakh Indian tourists visit Thailand every year while about one lakh tourists from Thailand come to India, he said. He also announced that to commemorate 70 years of establishment of diplomatic relations, the Festival of India will be held in Thailand and India will celebrate the Festival of Thailand next year.

266% growth in eTV arrivals in April

370% growth in eTV arrivals in Feb

Malaysia is planning to extend e-tourist visa facility to Indian travellers in order to attract more tourists from the country. According to Dato Daljit Singh, Indian Community Relations Advisor to the Minister of Tourism and Culture, Malaysia, they are looking at drawing in 10 lakh Indian tourists this year. Last year, Malaysia recorded 7,22,141 tourists from India. He said that tourism sector contributes 12% to Malaysia’s GDP and India has always been an important market. Singh is also a member of the Tourism Malaysia Board of Directors, and said that the country is working on e-tourist visa for China and the facility may be offered to the India as well. “After we complete working with the Chinese government, as we are in the middle of the process, then we are also going to work with the Indian government on e-visa,” he said.   Source: PTI

eTV for 37 more countries from Feb 26

Starting tomorrow, February 26, 2016, the e-Tourist Visa (e-TV) facility will be extended to 37 more countries, bringing the total count of countries under the scheme to 150. The new 37 countries included in e-Tourist Visa scheme are Albania, Austria, Bosnia & Herzegovina, Botswana, Brunei, Bulgaria, Cape Verde, Comoros, Cote d’lvoire, Croatia, Czech Republic, Denmark, Eritrea, Gabon, Gambia, Ghana, Greece, Guinea, Iceland, Lesotho, Liberia, Madagascar, Malawi, Moldova, Namibia, Romania, San Marino, Senegal, Serbia, Slovakia, South Africa, Swaziland, Switzerland, Tajikistan, Trinidad & Tobago, Zambia and Zimbabwe. The e-TV facility was launched by the Government of India on November 27, 2014. Till now the scheme has been extended to 113 countries at sixteen Indian airports designated for providing e-Tourist visa service. Over 7.50 lakh Visas have been issued under the scheme ever since it has been launched. On an average 3,500 e-Tourist Visas are being granted daily to foreign nationals.