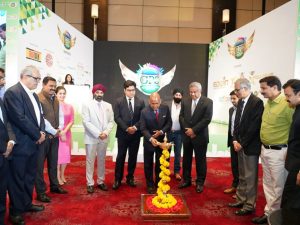 Singapore has received over six lakh visitors from India between January to May 2018, reporting a 17 per cent year-on-year increase from 2017. The year 2017 was a record year for STB as visitor arrivals from India had crossed the one million mark for the third time in a row, showcasing the highest growth rate at 16 per cent in comparison with all markets. India also continues to be the top source market for visitor arrivals in the cruise segment for Singapore. Last year, 127,000 cruise passengers from India sailed out of Singapore’s shores, showing a year-on-year increase of 25 per cent from 2016. While speaking about STB’s efforts to showcase Singapore as a destination of choice among Indian travellers, GB Srithar,  Regional Director – South Asia Middle East & Africa (SAMEA), STB, said, “STB has been steadfastly engaging travellers through partnerships and various marketing initiatives. Last year, India moved up a spot to become the third largest source market for Singapore in terms of Visitor Arrivals. We are looking forward to working closely with both Indian and Singaporean travel trade partners to continue the momentum and entice more Indian travellers.” This year, the STB has lined up a series of collaborative initiatives to welcome more Indian travellers to Singapore in 2018. They embarked on an 8-city roadshow from July 16-26 with close to 40 stakeholders to grow their partnership with in-market travel agents. This is part of STB’s ongoing efforts to take the ‘Passion Made Possible’ brand messaging forward and showcase Singapore’s diverse offerings to the target audience.

For the third time in a row, visitor arrivals from India to Singapore has crossed the 1 million mark in 2017, reinforcing it as one of the most preferred destinations for Indian travellers. Singapore Tourism Board (STB) announced that India has recorded the highest growth rate of 16 per cent among all markets. While Mumbai, Chennai, Delhi and Bangalore continue to remain their top VA source cities, STB’s efforts to engage travellers from Ahmedabad, Coimbatore, Hyderabad, Jaipur, Kolkata and Pune have resulted in double-digit VA growth. GB Srithar, Regional Director – SAMEA, Singapore Tourism Board, said “We thank the Indian travellers and our travel trade partners for the record 1.27 million Indian visitors to our country in 2017. We are happy that Singapore continues to be perceived as one of the must-visit destinations. This year, STB will focus on expanding partnership with travel trade partners and promoting our new brand creatively. India continued to be the top source market for VA in the cruise segment for Singapore. 127,000 cruise passengers from India sailed out of Singapore’s shores in 2017, a year-on-year increase of 25 per cent from 2016. 2017 was a landmark year for STB as it unveiled the country’s new, unified brand identity ‘Passion made Possible’ in August. 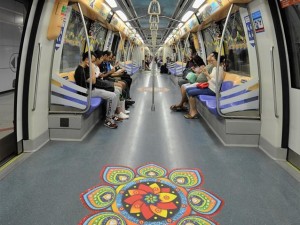 Singapore’s Land Transport Authority (LTA), in collaboration with the Little India Shopkeepers and Heritage Association (LISHA), has launched a Diwali-themed train that will run on the city’s famous Mass Rapid Transit (MRT) system. The train is on the city’s North-East line, that includes a stop at the Little India station, from where one could go and take in the festive lights that decorate the main artery road of Little India. The train is decorated with colourful, Rangoli and Indian garlands-inspired designs, lotus and peacocks, symbolizing good luck. The train was launched on October 15, 2016, by Singapore’s Minister for Transport, Khaw Boon Wan and will run through mid-November. GB Srithar, Regional Director, South Asia, Middle East & Africa, Singapore Tourism Board, invited Indian travelers to visit Singapore, saying “Singapore is a year-round festive city. During the Festival of Lights, the whole Little India area comes alive with lighted up streets, Diwali bazaars, eateries serving great food and much music in the air. I can say, in a candid festive spirit, it’s a great time to visit the city where even the train gets dressed up for Diwali.”