Helipad service at 3 points for devotees to Kedarnath Dham 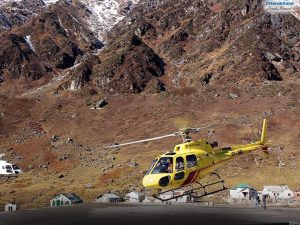 Helipad service for devotees going to Kedarnath Dham, which had been stalled for a long time due to COVID-19, has now restarted. It has begun at three places – Gupt Kashi, Sirsi and Fata helipad. Uttarakhand Civil Aviation Authority has started online booking of heli tickets. Seven aviation companies are operating helipad services from Sirsi, Phata and Gupt Kashi in which Aero Air Craft from Guptkashi to Kedarnath, Pawan Hans for Fata to Kedarnath, Thambi Aviation, Pinnacle Air, Chipson Aviation and Ketral Aviation to Kedarnath from Sirsi, Himalayan Heli and Arrow Air Craft are being served. Fare per passenger is Rs7,750 from Guptkashi, Rs4,720 from Fata and Rs4,680 from Sirsi. 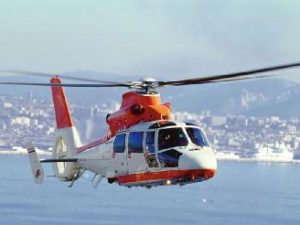 In an attempt to boost connectivity between Jammu and Doda, especially during the winter season, the Government of Jammu and Kashmir plans to begin a chopper service between the two destinations from Tuesday, October 24. Pawan Hans helicopters would be used for this service and will operate twice a week on Tuesdays and Fridays between the two districts. The one-way fare for a traveller has been fixed at Rs. 2,500. The service is likely to help promote tourism and provide an alternative means to communicate between the two districts during the winter season when parts of the region remain cut off. Source: Financial Express 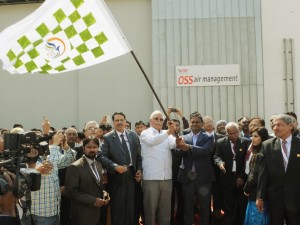 India’s first heliport, built by state-owned Pawan Hans, is set to become functional next week. Union Civil Aviation Minister Ashok Gajapathi Raju will inaugurate the new facility on February 28, which has come up at an investment of Rs 100 crore, Pawan Hans Ltd Chairman and Managing Director B.P. Sharma reportedly said. The heliport, set up at Rohini area of North Delhi, consists of a terminal building having capacity of 150 passengers, four hangars with parking capacity of 16 helicopters and nine parking bays. Besides, it has a maintenance, repair and overhaul (MRO) facility also for the upkeep of Pawan Hans fleet as well as for third-party maintenance work. “Rohini facility is India’s first integrated facility for rotor wing aircraft including their landing and takeoff. It has a terminal building that can cater to 150 passengers per day besides separate air traffic control (ATC), fire and fuelling services,” Sharma said. Pawan Hans had successfully carried out trial sorties from the heliport in February last year and had planned to go for full scale chopper operations from May. The commencement of services from here is also expected to reduce congestion at the Delhi Airport, which currently handles about 40-50 helicopter arrivals and departures on an average per day besides the large-scale fixed-wing operations, Sharma said. Source: PTI 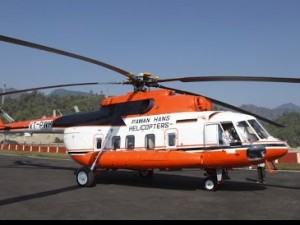 Pawan Hans is all set to develop the first heliport in the country in Rohini, Delhi, and it will be done within a month, reveals B. P. Sharma, Chairman & Managing Director. Speaking at an event today, he said, “Under the Ministry of Civil Aviation, governance has taken a lead and we are bringing up the first heliport of the country in Rohini, Delhi. It will be ready in a month’s time for the use of people of the people in Delhi and its neighbouring states. And the policy also promotes to bring similar hubs.”

The Goa Tourism Development Corporation (GTDC) has introduced helicopter joy rides from Park Hyatt to Arossim in South Goa from Sunday. The GTDC and Pawan Hans joint venture saw as many as 75 passengers on day one. Chairman of GTDC, Nilesh Cabral said, “We  now have helicopter rides and hot air balloons which will serve as a huge attraction for tourists  to Goa. There is a lot more to come in the months ahead and we are optimistic that all these new initiatives will go a  long way in putting Goa on the map for  world class adventure and leisure  tourism.”

The Maharashtra Tourism Development Corporation (MTDC) has signed a MoU with Pawan Hans to start city tours on a helicopter for tourists from January 7, 2016. The helicopter flights will take off from Juhu airport and fly north, keeping to the city’s west so as not to interfere with air traffic to/from Mumbai airport. The base fare of approximate Rs 320 per minute excluding taxes has been arrived at between the state government and Pawan Hans. A 10 minute inaugural launch ride will cost about Rs 3200, per person. Paraag Jaiin Nainuttia, IAS, MD of MTDC, said, “Initially two choppers will be in service for Mumbai Darshan. The idea is to provide an enthralling experience to the tourists and boost potential tourism in state. Gradually, we will shift rides and tours to south Mumbai and then to Matheran, Murud-Janjira, Aurangabad (Ajanta-Ellora), Nashik, Shirdi, Konkan beaches and Tadoba forest near Nagpur.” Bookings can be made at Pawan Hans’s reservation number 022 2626 1700 or at MTDC reservation office. Government issued photo identity will be required to make the booking.