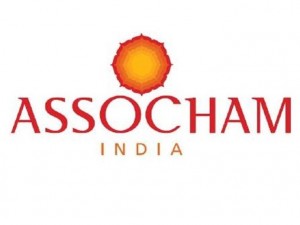 According to a survey by ASSOCHAM Social Development Foundation, bookings received by star-rated hotels in metros have registered a decline of about 5-7 per cent due to demonetisation and the consequent cash crunch. The survey informed that many hotels had not revised rates of New Year packages and had in fact, lowered the rates by about 2-3 per cent; bundled various offers, promotions, deals and discounts on services in one package at a bargain price. The ASSOCHAM Social Development Foundation had interacted with about 50 star-rated hotels in Ahmedabad, Bengaluru, Chennai, Delhi-NCR, Hyderabad, Indore, Jaipur, Kolkata, Lucknow and Mumbai during the course of past midnight to ascertain how top hotels in metros are gearing up for annual New Year’s Eve parties. Simultaneously, the chamber representatives also interacted with about 250 youngsters to gauge how people in urban centres are planning to bid farewell to 2016 whereby most said they plan to usher in the New Year in a cost-effective way by opting to party indoors.  “New Year’s Eve is the perfect occasion especially for the youth to unwind and soak in the festivities with their friends and family, though with ever-growing per-capita incomes people do not mind indulging in some extravagance but cash crunch in wake of demonetisation seems to an impact on their plans this time,” said D.S. Rawat, Secretary General, ASSOCHAM. He further informed  that despite this being a good season for the hotel industry, many star-rated hotels seem to be reeling under the impact of demonetisation and are being forced to scale down their New Year’s Eve activities as they are not able to draw many people.

The World Travel & Tourism Council (WTTC) and the World Tourism Organisation (UNWTO) call on the UK government to lift the current ban on UK-based airlines flying to Sharm el Sheikh. In a letter to Prime Minister Theresa May, David Scowsill, President & CEO, WTTC, and Taleb Rifai, Secretary-General, UNWTO, stressed the importance of resuming operations to the Egyptian coastal resort as the current travel advisory is having devastating effects on the country’s economy and social stability. The ban has been in place since a Metrojet airline flying from Sharm el Sheikh to St Petersburg crashed in the Sinai Desert in October 2015. They said, “Travel & Tourism is vital to Egypt’s economy and social peace, contributing 11% of the country’s GDP and 2.6 million in jobs in 2015. The reduction of visitors has created huge employment losses. The country’s biggest concern is how the lack of employment opportunities, especially for young men and women, has instilled a desperate disposition and thus vulnerability to radicalisation or to fleeing on a refugee boat.” Egyptian authorities have taken significant measures to step up the level of security not only in the airport but in the surrounding area as well. These improvements now meet the safety standards as indicated by the UK Department for Transport. All other countries, including Germany and Russia, have allowed their airlines to start flying to Sharm el Sheikh again. They concluded, “It is devastating to see the impact the current UK travel advisory has on Egypt and on the young workforce in particular. We call on the UK government to review the advisory and allow commercial aircraft to fly to Sharm el Sheikh and thereby help restore the … 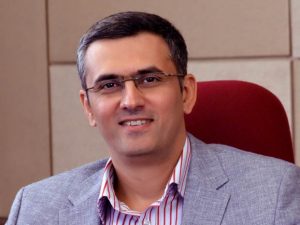 Keeping pace with the rapid penetration of internet and mobile, FICCI has initiated the Online Travel and Technology Committee which will function under the aegis of the existing FICCI Tourism committee. The Committee will be led by Dhruv Shringi, Co-Founder & CEO, Yatra Online while the Committee will comprise of key stakeholders of online travel companies including MakeMyTrip, Cleartrip and various other key stakeholder and knowledge partners from the online travel sector.“The Committee has been formed for outlining the roadmap for a robust regulatory policy for the online travel industry and to encourage innovation in travel & tourism sector,” informed Dr. A. Didar Singh, Secretary General, FICCI.

Tourism Breaking News asked the travel industry about the effect of the Brussels terror attacks on tourism and received a mixed reaction. While some said that tourism trends will shift to other regions like South East Asia and short haul destinations, some believe that this is a short term effect and will be wiped off the traveller’s memory soon. On behalf of the international tourism community, Taleb Rifai, Secretary-General, UNWTO, condemned the terror attacks in Brussels and expressed heartfelt condolences to the families and friends of the victims and to the Belgian people.

The Federation of Hotel & Restaurant Associations of India (FHRAI) will hold its next annual convention in Indore, Madhya Pradesh, said Amitabh Devendra, Secretary General, FHRAI, adding that the tentative dates for the event are September 23-25, 2016. The theme of the convention will be ‘Brand India.’ “The contribution of Hospitality and Tourism will make ‘Brand India’ soar to great heights and help the country achieve the target of attracting one per cent share of the world tourists’ arrivals by 2020,” he said.