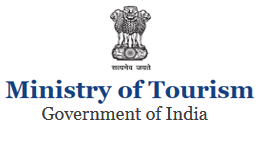 Union Tourism Secretary Rashmi Verma has rolled out the Incredible India Tourist Facilitator Certification (IITFC) Programme in Delhi. Participants will now be able to register for this programme through an online digital platform. IITFC will enable Indian citizens to develop and enhance the skills associated with tourism, and where one can incorporate knowledge about facilitating tourists across the country. Union Tourism Minister K J Alphons had earlier launched the IITFC on the occasion of World Tourism Day. The certification programme comprises basic and advanced self-paced courses designed in a manner that users can learn at their own time, space, path and pace. The course kicks off with a basic introductory module alongside the registration process. This will be followed by payment initiation on November 19, where any 10+2 pass-out candidate can enroll in the basic course comprising seven modules aimed at training the facilitators for knowledge, skills and attitude domains at a nominal charge of Rs 2000. Successful completion of this programme would enable the learner to become a Certified Tourist Facilitator of Ministry of Tourism, Government of India. A refresher course is also proposed for launch in due time for those already in the field seeking at an advanced level course to enhance their skill set. Speaking on the occasion, Verma said that the concept of ‘tourist guide’ has changed world over and the new-age tourist facilitators are ‘story tellers’. She added that this online programme will have lots of advantages like job creation for local people, harness the local experience and traditional knowledge. 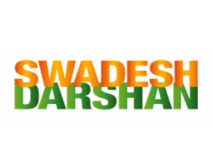 Vice President M Venkaiah Naidu inaugurated two Swadesh Darshan Scheme projects of the Ministry of Tourism – ‘Development of Kakinada – Hope Island – Coringa Wildlife Sanctuary – Passarlapudi – Aduru – S Yanam – Kotipally and, Development of Nellore- Pulikat Lake – Ubblamadugu Water Falls – Nelapattu -Kothakoduru- Mypadu – Ramateertham – Iskapalli’ in the presence of Union Minister of State (I/C) for Tourism K J Alphons, Andhra Pradesh Tourism Minister Bhuma Akhila Priya and Union Tourism Secretary Rashmi Verma in Tirupati. The projects are the first projects under the Swadesh Drashan Scheme to be inaugurated in the Southern region. Naidu also inaugurated the state-of-the-art Indian Culinary Institute (ICI) campus, Tirupati. Alphons said that the tourism ministry is one among the major contributors to employment generation in the country and this culinary institute will help in imparting skills to more youth, thereby further generating employment. The project Development of Kakinada – Hope Island – Coringa Wildlife Sanctuary – Passarlapudi – Aduru – S Yanam – Kotipally was sanctioned by the Ministry of Tourism in March 2015 for Rs 69.83 crore. The second project was sanctioned in December 2015 for Rs 59.70 Crores. Nellore has huge potential to be developed as a leading tourist destination in the region because of its proximity to Chennai, Bangalore and Tirupati and also due to its abundant natural resources.

The 6th International Tourism Mart (ITM) organised by the Ministry of Tourism in association with the North Eastern States begins in Guwahati, Assam. Jagdish Mukhi, Governor of Assam in the presence of Sarbananda Sonowal, Chief Minister, Assam; K J Alphons, Minister of State (I/C) for Tourism, Rashmi Verma, Union Tourism Secretary and other dignitaries from Central Ministries and North Eastern States inaugurated the three-day event. Besides foreign delegates, 50 domestic stakeholders and 103 sellers from the North Eastern States are participating in the Mart. Representatives of State Tourism Departments of North East States will also showcase their tourism destinations. Held from December 5-7, the event will put the spotlight on India’s ‘Act East Policy’, blossoming ties with ASEAN and the larger East Asia region, home to the world’s rapidly growing economies. The panel discussions will also focus on promoting cultural ties, people-to-people contact with countries in the ASEAN region providing enhanced connectivity to the States of North Eastern Region, thereby developing inter-regional tourism between the ASEAN and North East Region of India. ITM – 2017 will also see an active participation by the Ministry of DONER to synergise the process of development of tourism of the North East Region.