Maharashtra Tourism Minister Aditya Thackeray and Minister of State Aditi Tatkare yesterday unveiled the new logo and new feedback QR code of Maharashtra Tourism Development Corporation (MTDC). They also unveiled the logo of Boat Club in Nashik. During the event, a Memorandum of Understanding was also signed with Airbnb, an online marketplace company, to boost tourism in the state. Speaking on this occasion, Mr Thackeray said that the culture of Maharashtra is reflected in a meaningful way in the new logo of MTDC. He said, there is a huge scope for the development of the tourism sector in the state in the post-Corona period.

He noted that in such a scenario, the role of MTDC’s resorts and various initiatives in the state are important. He said that employment generation from tourism in the state would be boosted in future. Minister of State Aditi Tatkare said that at present, the Department of Tourism and MTDC are jointly implementing innovative initiatives to boost the tourism and hospitality business in the state.

She said, the new logo of MTDC is a testament to the culture, bravery and richness of nature of the state. Ms Tatkare said, this will introduce a new dimension to tourism in Maharashtra. She said that the new initiatives being implemented by the corporation would provide more facilities to the tourists coming to the state.

The Ministers applauded Head of the Indian School of Design and Innovation Dr. Indu Shahani and her team for creating the new logo. 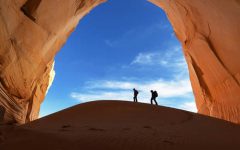 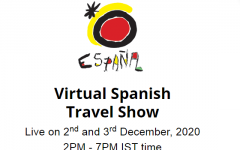