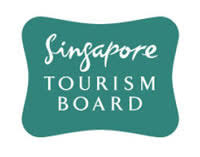 The Singapore Tourism Board (STB) and partners welcomed passengers on board Vistara’s inaugural international flights from Delhi and Mumbai with a taste of Singaporean hospitality. The STB, together with tourism partners like Gardens by the Bay, Resorts World Sentosa, Sentosa Development Corporation, Trick Eye Museum Singapore and Wildlife Reserves Singapore (comprising the Singapore Zoo, Night Safari, River Safari and Jurong Bird Park) have put together value deals and discounts to popular attractions and experiences in Singapore. The discount vouchers are part of the welcome kits for Vistara’s passengers upon arrival in Singapore for the inaugural flights; and will continue to be distributed to passengers until 14 August 2019. Details of the discounts being offered can be found in the appended Fact Sheet.   Singapore received 1.44 million visitors from India in 2018, crossing the one million visitor mark for the fourth time in a row. India is also the third largest visitor source market for Singapore and has been able to retain its position as the top source market for cruise travel. The introduction of new flights from India will help more Indian travelers experience leisure, business and cruise travel to Singapore.

Thailand reaches out to Tier-II cities through its roadshows 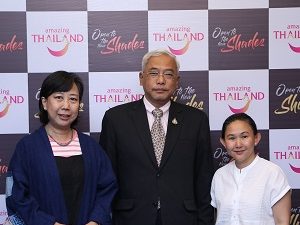 After accounting a substantial rise in tourist arrivals from metro cities in India, the Tourism Authority of Thailand, Mumbai recently conducted its annual ‘Amazing Thailand’ roadshow in two cities in India – Ahmedabad and Pune – that are emerging markets for Thailand. Last year, they had chosen Indore and Chennai for the annual event. The objective of the roadshow was to introduce the agents to the emerging destinations and experiences that Thailand has to offer.   India currently holds the sixth position in the ranking of primary source markets for Thailand. Arrivals from India soared by 14 per cent to 1.46 million and the tourism board recorded a notable increase in visitors from Maharashtra (51%) and Gujarat (14%) during 2017. To further enhance the favorable developments, the road show witnessed the presence of 34 sellers, four delegates and also the Deputy Governor for Planning from Thailand along with airline and hospitality partners. An intense B2B session followed by a destination presentation on new routes, emerging locations and experiential activities was arranged to educate the travel agents on different shades of Thailand.   Kulpramote Wannalert, Director of ASEAN, South Asia and South Pacific Division, quoted “The travel and tourism sector in India is growing at an exponential pace and outbound travel is definitely on the rise. The factors affecting the growth are easy connectivity, affordable airfare and increase in disposable income and flexible visa policies of several South East Asian countries. Making the most of the scenario, we are organizing roadshows in Ahmadabad and Pune to strengthen reach and ensure the continuous increase in arrivals”   Cholada Siddhivarn, Director, Tourism Authority of Thailand, Mumbai, said “India is one of our key …

Indian arrivals to The Philippines grows by 7% in May

Indian arrivals to The Philippines has reached 11,275 in the month of May, registering a growth of 6.68 per cent versus the same month last year. Last year, in May the number reached 10,569. The total number of Indian tourists that have visited the country this year reached 57,536. The Philippines is becoming one of the most frequented places by Indians. 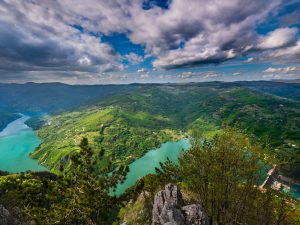 National Tourism Organisation of Serbia has appointed Beautiful Planet Destination Marketing to expand its tourism activities in India. As part of the mandate, Beautiful Planet will be responsible for organising roadshows in Mumbai and Delhi and a familiarisation visit to Serbia. In a move to promote border free tourism, the Government of the Republic of Serbia adopted the decision on visa exemption for Indian nationals in September 2017. Commenting on the same, Huzan Fraser and Beena Menon, Directors, Beautiful Planet Destination Marketing, said, “We are absolutely delighted to be chosen as the India representative for the National Tourism Organisation of Serbia to market this new and exciting destination in the Balkans. We would like to enhance the visibility and image of the destination using the culture, history and diversity, to uniquely position the same in the market.” On engagement with Beautiful Planet – Marija Labovic, Acting Director, National Tourism Organisation of Serbia, said, “Beautiful Planet has an excellent track record in destination representation. Outbound tourism from India is on a growth trajectory and we would like to be part of the growth story. Serbia has everything to offer the discerning travellers and we are geared up to cater to the needs and demands of the Indian market.” Some of the features that make Serbia an incredibly attractive tourism destination include: UNESCO World Heritage Sites; National Parks; Adventure Sports like white water rafting, free climbing, flying, orienteering; diverse Fauna; Nature Parks; Sports and Recreating Activities like hiking, bicycling, walking and hiking; Mountain Resorts and Spa & Health Resorts; Monasteries and Museums. 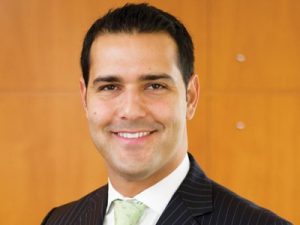 Raki Phillips, a hospitality veteran, has been appointed as CEO of Ras Al Khaimah Tourism Development Authority (RAKTDA). Phillips, who took over since June 2019, brings to the table wide-ranging industry experience, which will aid Ras Al Khaimah’s goal of becoming one of the fastest growing destinations in the world. According to RAKTDA Phillips’ appointment heralds the beginning of a new phase of tourism development for the Emirate. He will be responsible for implementing the authority’s recently announced Destination Strategy 2019-2021, which aims to attract 1.5 million visitors to the Emirate by 2021 and 3 million by 2025. In his new role, Phillips will also be supervising key projects, with notable development projects on Jebel Jais including multiple zip lines, adventure park hiking trails, the Bear Grylls Survival Academy and a luxury camp. Phillips, an American national, is fluent in Arabic and has been working in the Middle East since 2005 and specifically in the UAE since 2007. Prior to joining RAKTDA, he was working for the Dubai-based International Hospitality Consulting Group INHOCO, where he was Senior Partner and Senior Vice President of Development. Phillips is also the co-founder and CEO of Dubai’s first online dessert delivery bakery, SugarMoo Desserts, and co-founder of Earth Hotels, a sustainable, tech-savvy and design-centric hotel concept. Phillips has previously worked for Ritz-Carlton Hotels, Fairmont Hotels & Resorts and Universal Studios Orlando. He holds a Bachelor of Science in Business Administration and an MBA in Organisational Management. 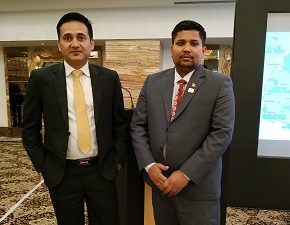 On the third leg of its four-city roadshow in India, Nepal Tourism Board formally launched its ‘Visit Nepal 2020’ campaign in the city of Mumbai and interacted with key outbound agents here. Robin Regmi, Officer – South Asia Unit, Tourism Marketing and Promotion, Nepal Tourism Board, who was part of the three-member delegation, said, “India is very close to us and to me personally. It is a major market for us and we have seen a steady increase in Indian tourist arrivals since 2015 after Nepal experienced a major setback. We are now back to normal and request the travel trade in India to help us regain our lost glory in terms of tourism.” He added that the tourism board is now actively looking at organising big sporting and Mice events as well as festivals to draw in the numbers. Among them is the Nepal Tourism investment Summit to be organised in January 2020. The team will travel to Bengaluru for a similar launch on July 15, 2019.

Nepal to get two new international airports; organises its destination presentation in Delhi 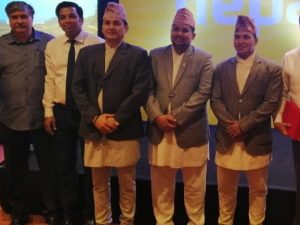 Nepal Tourism Board (NTB) conducted its destination presentation in New Delhi on 8 July at The Park hotel. The event showcased the country’s many tourism offerings, as the Board targets a 25 per cent growth in arrivals from India. By 2020, the government plans to operate two new international airports in Pokhara and Lumbini which will help boost tourism from India to Nepal and vice-versa. NTB will conduct the presentation in Ahmedabad at Courtyard by Marriott on July 10, at The St. Regis Mumbai on July 11, and then move to Bengaluru on July 15 where it will be conducted at the Shangri-La hotel. 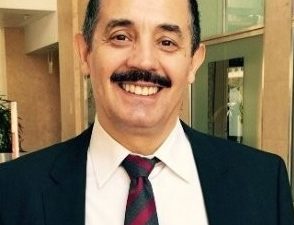 Spain Tourism recorded 6.7 per cent growth in Indian arrivals in the first quarter of 2019, revealed Miguel Nieto-Sandoval, Tourism Counsellor (Gulf Region), Spain Tourism. Sharing details, he said, “India is an important market for us and we are hoping that we will grow more in this market. In 2016, we had 106,000 visitors from India and then we grew to 150,000 arrivals. In 2018 , we reached 206,000 arrivals from India and this year we expect to increase it further.” 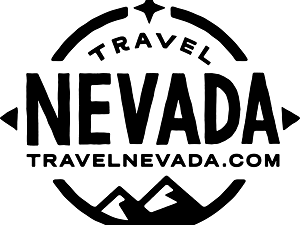 Buzz Travel Marketing, New Delhi, is the new representative for Travel Nevada in India. A state in Western USA, Nevada, is famous for its natural landscape and various entertainment options. Besides this, the state is also famed for its museums, shopping hubs, desert canyons, ghost towns, hot springs etc. Speaking more on this, SanJeet, CEO, Buzz Travel Marketing says, “We are thrilled to represent Nevada in India. Our aim is to showcase the state beyond what people think it to be. We will begin this by educating the travel trade fraternity. We are surely hopeful of increasing the number of Indian travellers to this state and beyond the conventional attractions.”

Papori Bharati has recently been appointed the official India Representative of VISIT LEVI-a pristine destination of Lapland Finland. Papori has been in the travel and tourism sphere for the last 28 years in different verticals. She says, “Levi is truly a hidden gem of the Finnish Lapland and has its own airport- Kittila. The destination is well connected with Finnair flights. It is 170 kms above the Arctic Region and Rovaniemi. More known for the ski resorts and the slopes in the winter, Levi summer is also very beautiful and the midnight sun is seen at its best and for a longer period. Keeping Levi as a base, one can easily travel to all the places around the Finnish Lapland. With vast space all around, the northern lights are more visible in the winters.” Papori will work closely with the pan India travel trade in terms of sales calls, training programmes , joint campaigns etc. and ensure all possible co-operation to have Levi as an unusual and must visit destination for those travellers keen to travel in the Nordic Region. She is accessible to come and meet agents interested in promoting this gem of a destination and sharing details of this Region, as this is truly a bucket list destination.