Seychelles Tourism Board conducts workshops in Pune, Bengaluru and Chandigarh 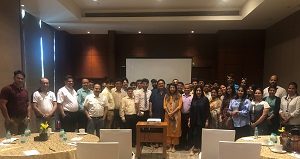 Seychelles Tourism Board recently conducted workshops in Pune, Bengaluru and Chandigarh to train potential travel trade partners and equip them with information about various offerings in Seychelles. This enabled Seychelles Tourism Board to meet many potential travel agents in the three cities and lay the groundwork for future sales visits. These workshops included a destination presentation, question and answer round followed by networking session that was attended by around 45-50 tour operators in each of the three cities. Seychelles offers visa on arrival facility and has direct flight connectivity with India. It ranks India as the top sixth source market for Seychelles. 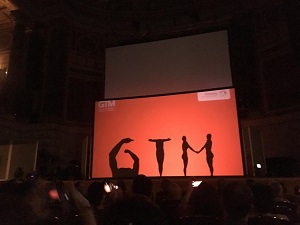 The German Travel Mart (GTM) inaugurated its 45th edition in Wiesbaden, Germany. Addressing the inaugural session, Brigitte Goertz-Meissner, President, Board of Directors, German National Tourist Board, says, “More than 500 key accounts from 51 countries are participating in this year’s GTM.” Petra Hedorfer, CEO, GNTB, declaring the 45th GTM open says, “Tourism is more important than ever and it serves as the perfect basement for working together, learning from each other and to make this world a better place.” According to Thomas Bareiß, Parliamentary State Secretary, Federal Ministry of Economic Affairs and Energy and Federal Government Commissioner for Tourism, “Hesse and Wiesbaden reflect some of the typical strength of German tourism.”

The Global Travel & Tourism Resilience Council is organising the 1st Asian Resilience Summit in Kathmandu on May 31. Hosted by Nepal Tourism Board, the event is supported by UNWTO, PATA, IIPT, TripAdvisor, CNN, BBC, Qatar Airways, PEAK DMC and ETOA. The event has been planned in the region to celebrate the successful resilience efforts demonstrated over the last several years by the Nepal Tourism Board in overcoming the devastating effects of the 2015 earthquake and will review successful policies in Nepal which led to stabilization, regeneration and growth of the travel sector. The Summit will be an opportunity to share the strategies that have enabled the country to recover despite the different economic, political, natural and anthropogenic changes in the last few years. Further, the event is seen as a platform to foster opportunities for partnerships, trade and foreign direct investment. A highlight of the Summit will be the IIPT Peace Through Tourism Destination Awards which will be presented at a gala dinner as the culmination of the Summit. Ajay Prakash, President IIPT India and Kiran Yadav, Vice President will travel to Nepal to present the Awards in four categories: • Resilient Tourism Community Award • Resilient Tourism Business Award • Resilience Efforts Through Cultural Diversity • Change Maker in Tourism Award Government and travel industry leaders will come together sharing experiences and insights at the Summit. Well-known names such as Taleb Rifai, Xu Jing, Mario Hardy, Sudarshan Raj Tiwari, Deepak Joshi and H.E. Edmund Bartlett will join with Ministers of Tourism and other dignitaries to highlight opportunities in Nepal, strategies for resilience and explore further opportunities for Nepal’s continued growth, international perception management and also highlight the activities …

Thailand waives fee for visa on arrival till October 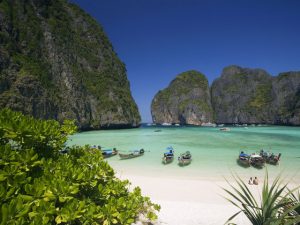 In an official statement dated, May 2, 2019, The Tourism Authority of Thailand (TAT) has announced that the Royal Thai Government has approved the extension of the visa-on-arrival fee waiver for citizens of 20 countries for another six months, until 31 October. The decision was announced in the Royal Thai Government Gazette on 30 April, reasoning it as a measure to stimulate and promote tourism as well as to enhance the kingdom’s attractiveness among foreign visitors. Citizens of Andora, Bulgaria, Bhutan, China including Taiwan, Cyprus, Ethiopia, Fiji, India, Kazakhstan, Latvia, Lithuania, Maldives, Malta, Mauritius, Papua New Guinea, Romania, San Marino, Saudi Arabia, Ukraine and Uzbekistan will be exempted from the 2,000 Baht visa-on-arrival fee for the purpose of touring in Thailand for not more than 15 days. The government first approved the visa-on-arrival fee waiver from 15 November, 2018, to 14 January, 2019, and further extended the measure to 30 April. 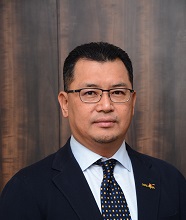 Tourism Malaysia Mumbai in association with Akbar Holidays has announced a five-city product briefing seminar. It is scheduled to be held in Bhubaneshwar on May 14, Raipur on May 16, Bhopal on October 15, Nagpur on October 17 and Kochi on November 6, 2019. The seminars aim to highlight Malaysia as a value-for-money destination and showcase its product offerings and attractive packages. Its tourism offerings range from million-year-old rainforests, islands and beaches to shopping and luxury holidays. Product partners of Tourism Malaysia i.e Resorts World Genting, Legoland and Lexis Resort, Swiss Hotels, Air Asia and Penang Convention and Exhibition Bureau (PCEB) will be present to showcase their products. Mohd Hafiz Hashim, Director Tourism Malaysia Mumbai said, “We are happy to announce our five-city seminar in Bhubaneshwar, Raipur, Bhopal, Nagpur and Kochi. We look forward to a fruitful association with Akbar Holidays to boost Indian tourist to visit Malaysia and this will help us to promote our Visit Malaysia 2020 vision. Malaysia is a bio-diverse country with rich traditions and culture. Our natural environment surrounded with rich flora and fauna, pristine beaches, theme parks, adventure activities, nightlife are very appealing to Indian tourists. They can enjoy luxury at an affordable price in Malaysia.” India tourist arrivals recorded an increase of 8.6 per cent with 600,311 in 2018 as compared to 552,739 in 2017.

Continuing to remain as one of the most popular destination among Indians travelling abroad, Destination Germany witnessed 921,123 visitors overnights in 2018 making for a 8.1 per cent growth in comparison to 2017. Owing to the steady growth, the German National Tourist Office (GNTO), India forecasts a 6-8 per cent growth in visitor overnights in 2019. With experiential travel becoming the most sought after genere in leisure travel, GNTO will promote the destination with the core theme and worldwide campaign on ‘100 years of Bauhaus’, as part of the centenary celebration of foundation of legendary Bauhaus movement in Weimar,” said Romit Theophilus, Director, German National Tourist Office, India. The famous Bauhaus art school opened in Weimar in 1919, and during its short lifespan, it moved to Dessau and then to Germany. “With more and more travellers visiting Germany, we want to promote the country as a stand-alone travel destination. We are looking to focus more leisure segment than business. Northern Germany is still unexplored by the Indian travellers, so we want more and more Indian travellers to go and experience Germany in a new way,” further said Theophilus. 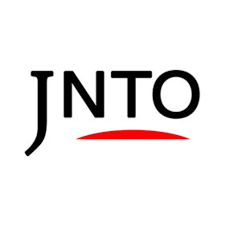 The Japan National Tourism Organization (JNTO), with an aim to increase Indian tourist inflow into Japan, has appointed Blue Square Consultants as its India representative through its associate K&L Communications India to enhance the trade and media outreach for destination Japan in India. Kenichi Takano, Executive Director, Japan National Tourism Organization, Delhi office, expressed, “India has been an important source market for us owing to the emergent disposable income groups and changing lifestyles. We have recorded a growth of 14.7% amounting to 154, 029 Indian tourist arrivals in 2018, and we are expecting the market to perform even better in the forthcoming years. Banking on the favourable dynamics, we are keen on augmenting our targets by a higher margin through strategic positioning of Japan in key metro cities. We are confident that Blue Square Consultants will help us in reaching out to the right stakeholders with innovative channels of communication. Through this association, we hope to bring out the best of what Japan has to offer and weave a unique experience for aspiring Indian travellers.”   Lubaina Sheerazi, COO, Blue Square Consultants, quoted, “We are elated to be appointed as the representative of JNTO in India. The tourism industry is undergoing an exponential shift wherein new age platforms are acting as catalysts to influence the next generation travellers. It is a privilege to represent a technologically advanced yet culturally rich country like Japan. We look forward to bringing out the best of the destination through our gamut of services and achieve fruitful results for JNTO.” 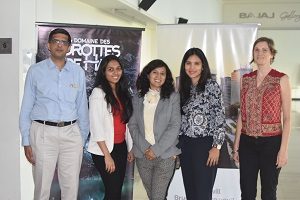 Wallonia in India (AWEX Mumbai), Visit Brussels and Wallonia Belgium Tourism jointly organised a destination training workshop in association with Maratha Chamber of Commerce Industry and Agriculture and TAAP in Pune recently. The presentation highlighted the hidden gems of Belgium. Introducing Wallonia to the audience, Emmanuelle Timmermans, Trade and Investment commissioner from AWEX, said, “We realised that even regular visitors to Belgium are not always aware of some of the hidden gems of Belgium. One of those is the new sensational city of Dinant, which was voted one of Europe’s Best Destinations in 2019.” She highlighted the most popular tourist attractions in Wallonia. Talking on Belgium’s promotional goals for 2019 and 2020, Timmermans said, “We would like to attract an increased number of visitors from India to our Region. Wallonia tourism is truly hidden as many truths are unknown to the world. Tourism trends are changing now, tourists believe more in unique experiences such as amazing activities, beautiful memories, mysterious places. Wallonia is one destination for all generation group and for all type of tourism interests let it be, FIT, Luxury, family, MICE or educational tourism, Wallonia has lots to offer to everyone.” 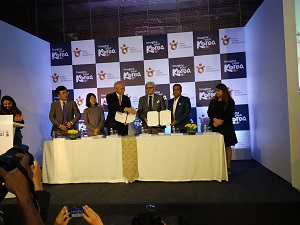 The Korea Tourism Organisation (KTO) has signed an MoU with the Outbound Tour Operators Association of India (OTOAI) to boost outbound traffic numbers from India to South Korea with a special focus on MICE. With this MoU, OTOAI will prioritise South Korea as a focus country for 2019. This took place on the sidelines of Tourism Travel Mart being held in Mumbai. Nine DMCs and four regional tourism organisations were participating in the mart apart from Korea Film Commission and Seoul Film Commission.

Double-digit growth in Indian arrivals to the Philippines during Jan-Feb, up by 14% 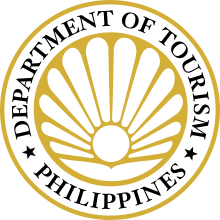 Foreign tourist arrival in the Philippines continues to increase, with Indian arrivals in the archipelago witnessing a double-digit growth. According to an official statement by Department of Tourism (DOT), Philippines received 26,189 Indian tourists between January and February 2019, resulting in a 13.6 per cent growth. At least 1.49 million foreign tourists have visited the Philippines over the first two months of 2019. South Korea continued to be the top market for Philippines in the number of tourist arrivals, with a jump of 1.72 per cent from the same period in 2018.