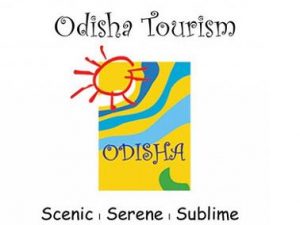 Odisha tourism department plans to start a special drive to encourage its citizens in Bhubaneswar to provide homestay facilities to the tourists from the first week of November. The tourism department will accord licence to house owners, who register themselves with the former. Under the scheme, the house owners can offer up to 5 rooms or 10 beds with good facilities. The house owner will be required to provide Indian breakfast to the guests and display the room tariff. Tourism officials will regularly visit the houses and take feedback of the tourists. “We will carry out awareness campaigns through advertisements so that people come to know about the homestay facility. From November first week, we will start direct registration of homes at our department. Earlier, people were applying to the Ministry of Tourism. Now the ministry has asked us to receive applications from people and conduct verification before permitting them to start homestay facility,” said Nitin Jawale, Director-Tourism, Government of Odisha. He further stressed that this move would help augment rooms for tourists in the city and other places. The state tourism department will also train the house owner, family members, caretakers and other staff on how to deal with tourists. Preferably those houses will be selected which is not crowded. Location of the houses, hygiene and safety aspects will also be considered during the inspection. Source: Times of India 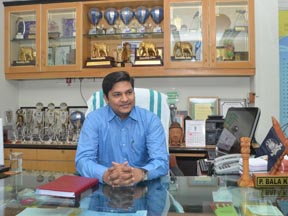 With the aim to increase the geographical spread of arrivals to the state, Kerala Tourism plans to promote its Malabar region aggressively through a Rs 325 crore project. This includes unexplored destinations such as Kozhikode, Wayanand, Bekal and Kannur. This was revealed by P. Bala Kiran, IAS, Director, Department of Tourism, Government of Kerala. He says, “To promote river cruise, the Government of Kerala has envisioned a Rs 300-crore project for nine rivers in Kannur and Kasaragod. In order to ease travel for international tourists, Cochin International Airport has been entrusted to execute the cruise tourism project by forming a Special Purpose Vehicle. In addition, the state government is planning to develop a few adventure parks as well. The government has allocated Rs. 45 crore for the Prasadam project in Kasaragod and Rs 120 crore for Green Carpet scheme for Alappuzha, Enranjil, Neyyar and Thenmala.” The state government also plans to develop 10 eco-tourism circuits to connect various forests in order to promote green tourism. 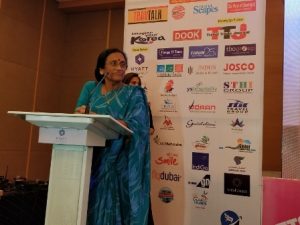 Tourism department of Uttar Pradesh is planning to release its Tourism Policy by November this year. The draft policy will be placed under the Cabinet’s consideration and then will be released thereafter, informed Rita Bahuguna Joshi, Minister of Women Welfare, Family Welfare, Maternity and Child Welfare and Tourism, Government of Uttar Pradesh. According to Joshi, the private players play a major role in tourism development in the state and the policy will offer a host of incentives and concessions to them. “We have everything in the state, be it religious tourism, spiritual tourism, eco-tourism, wildlife, landscape, festivals, heritage and culture etc. The government is very aggressive to develop and promote this sector in collaboration with the private players. We hope with such vision and efforts, UP will become the number one state in terms of tourism.”

To accelerate the growth of tourism in Kerala, the Department of Tourism has launched a three-year long Continuous Tourist Survey 2017-20 (CTS). The Government of India will provide financial assistance of Rs. 25 lakhs, for the survey. During 2010-13, Kerala Tourism had conducted a similar Continuous Tourist Survey (CTS). One of the key findings of that survey was that a foreign tourist stays an average of 18 days in Kerala, while spending Rs. 81,000 on average. The Continuous Tourist Survey (CTS 17-20), conducted in collaboration with Datamation Consultants, intends to study in depth the interest of tourists, their age and demographic details, reasons for visit and nature of tours undertaken. A mobile application will be used by the enumerators of Datamation Consultants to collect various details. The survey will cover not only tourist destinations but also hotels, house boats, home stays, Ayurveda centers, restaurants, tour operators, etc. The Minister for Tourism Kadakampally Surendran, said, “Through the data obtained from the survey, the Tourism Department will evaluate the growth of tourism. The survey will provide us an accurate picture of tourists, likes and dislikes and help us to plan accordingly.” He added that Kerala has been following a comprehensive tourism development plan to double the number of domestic tourist arrivals and increase foreign tourist arrivals by 50%, by 2021. Speaking about the growing popularity of Kerala as a tourism destination, Dr. Venu.V, IAS, Principal Secretary, Department of Tourism, Government of Kerala stated, “With over 1 million foreign tourists and 13.1 million domestic tourist arrivals, Kerala has been witnessing tremendous growth in tourist traffic since the last couple of years. Kerala has now become a trendsetter in the Indian tourism industry and we …

Jal Mahotsav back from Oct 15 to Jan 2 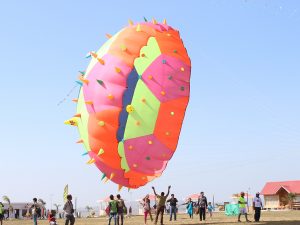 Jal Mahotsav will take place from October 15, 2017, to January 2, 2018. Organised for a period of 80 days, the festival is held in Khandwa district of Madhya Pradesh with an aim to revive adventure tourism in the state. The activites include zip lining, paintball, archery, kite flying, land parasailing, paramotors, hot air ballooning, water parasailing, water zorbing, snorkelling and scuba diving among others. 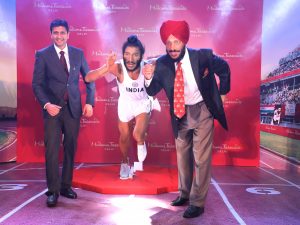 Madame Tussauds Delhi has announced the opening dates of the attraction slated for December 1, 2017. Located in the heart of Delhi’s Connaught Place, the attraction has opened its online portal for ticket bookings which allows guests to visit any time or day of their choice within 365 days. The tickets to the attraction start from Rs 860 for adults and Rs 660 for children (online prices). Post opening of the attraction, the tickets will be dated tickets, priced at Rs 960 for adults and Rs 760 for children. Commenting on the same, Sabia Gulati, Head Sales & Marketing, Madame Tussauds Delhi said, “Madame Tussauds will serve its Indian guests with a unique and fun filled experience especially strategized and developed for them. Finally, we are here to change the way entertainment had been perceived till date. With the opening of the attraction on 1st December, Indians will behold a new era of entertainment allowing them to own their moment of red carpet in showbiz. We are sure our guests will welcome the attraction enthusiastically and will love it for most exciting celebrity experience it will bring to them.”

Maharashtra to promote its tourism products in New York 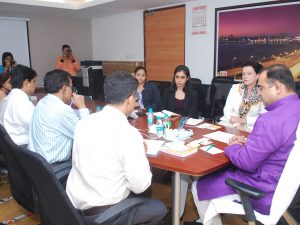 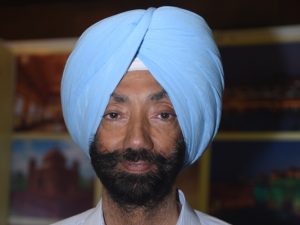 Banking on its agricultural heritage, Punjab tourism department has authorised 60-plus properties for the purpose of farm stays. They signed an MoU with MakeMyTrip so all these farm stays and B&B are available online. Punjab has been so far one of India’s best-kept tourism secrets, believes Shivdular Singh Dhillon, Special Secretary and Director, Department of Tourism, Cultural Affairs, Archeology, Museums & Archives, Punjab and CEO, Punjab Heritage & Tourism Promotion Board. In order to tap experiential travellers who visit Amritsar, the tourism board is promoting farm tourism. “We have come up with farm stays in the outskirts. Agriculture has been Punjab’s backbone so what better place than here to create this experience. The department has so far authorised 60-plus properties for farm stays. For this, we have just signed an MoU in August 2017 with MakeMyTrip so all these farm stays and B&B are online for everyone to book. Travellers don’t look at Punjab as a tourist destination and this perception will change now,” Dhillon adds. 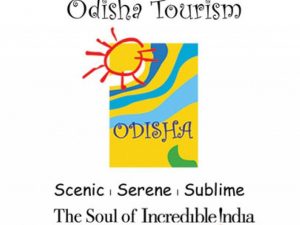 In an attempt to boost tourism Odisha Government has set a target to attract new investments to the tune of Rs 20,000 crore in the tourism sector by 2021. The tourism sector is one of the six focus sectors that the Odisha Government has identified for attracting new investment. The state has also set a target of 23.84 million tourist arrivals and the creation of 2,500 star-category hotel rooms by 2021. According to tourism officials, more than 12 million tourists visit Odisha every year and this number is growing by 9-10 per cent per year. The state aims to create 200,000 jobs, set up five convention centres and establish direct flight connectivity to five international destinations. It also aims to create a land bank of 2,000 acres to facilitate investors to get land for tourism projects. “According to Economic Survey done by the state government, the state has the potential to attract Rs 20,000 crore new investments in the tourism sector. We are making concerted efforts to achieve the target by 2021″, Nitin Bhanudas Jawale, Director and Additional Secretary, Department of Tourism, Government of Odisha reportedly said. Adding to the same, J K Mohanty, Chairman, Hotel and Restaurant Association of Odisha and Chairman and Managing Director of Swosti Group, reportedly said, “Odisha has much more tourism potential compared to its neighbouring states to develop its tourist spots and pilgrimage places to showcase before the world. But, the state has the lowest number of star category of hotel rooms. We are sure that with the new tourism policy of the Odisha government announced in 2016, we can add about 5000 hotel rooms in the next three years.” Source: Business Standard

Ministry of Development of North East Region organised two-day festival, North East Calling, which concluded in Delhi on September 9-10 that depicted the rich culture of North East. Dr. Jitendra Singh, the Union Minister of State (Independent Charge) of the Ministry of Development of North Eastern Region (DoNER), MoS PMO, Personnel, Public Grievances and Pensions, Atomic Energy and Space, inaugurated the festival. Singh also launched ‘North East Venture Fund’, a joint initiative of Ministry of DoNER and North Eastern Development Finance Corporation Ltd, that seeks to promote entrepreneurship and start-ups in the region. The North East Tourism Development Council to promote sustainable tourism in North East India, was also launched. The event included showcase of rich cultural heritage of the North East, including music fest for bands of North East and a cultural night for the dancers as well. There were other contests like Know Your North East quiz contest, In the home chef contest and Beauty of North East photography contest. A B2B conference was also organised at the event to facilitate tourism in the North East region. PK Sinha, Cabinet Secretary, was the chief guest of the closing ceremony and N K Sinha, Secretary, Ministry of Information and Broadcasting, Naveen Verma Secretary, Ministry of DoNER, and Rashmi Verma, Secretary, Ministry of Tourism, were the other senior officials present. The event saw a huge participation from the public and the DoNER is planning to hold more such events in different parts of the country under the Destination North East Series. These events will promote the culture, art, heritage, tourism, business, cuisine and handicraft from the North East.