Maharashtra Tourism Development Corporation (MTDC) has proposed two resorts – one in Pahalgam in Kashmir and the other in Leh, Ladakh, to boost tourism in the two destinations. The state cabinet has approved the proposal and set aside a token amount of Rs 2 crore. The Maharashtra government will either seek land or ask the local government if they have land and want to construct a resort or if there is a hotel, which they want them to run. A land survey to identify the location will be undertaken in 15 days, Maharashtra tourism minister said he will visit the area in the next 15 days and decide on the proposal. Maharashtra is likely to be the first state in the country to propose investments in J&K after the abrogation of Article 370. 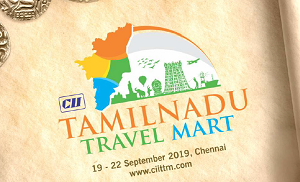 Tamil Nadu will soon see an influx of buyers from within India and other countries to attend CII Tamil Nadu Travel Mart (TTM) scheduled from September 19-22 at Chennai Trade Centre. Participants can also opt for one of four post-event tour programmes that will take them to the inner regions of Tamil Nadu. Most of these tours are already getting booked, T Nataraajan, President, Tamil Nadu Travel Mart Society & CEO of GRT Hotels & Resorts claims. “Our Society’s objective is inbound tourism. Tamil Nadu can offer all forms of tourism and is already well-known across the world. The TTM Society is now projecting hitherto unknown aspects of Tamil Nadu spread across its various districts,” he adds. 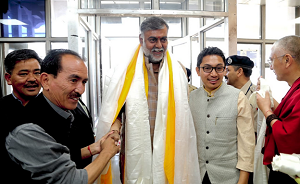 Union Minister of State for Culture and Tourism (Independent Charge) started his 3-day tour to Leh for exploring the opportunities of increasing tourism in the region. Union Tourism Minister is leading a delegation of senior officials of the Ministry of tourism to meet local administration and tourism stakeholders to discuss and draw plans for development of tourism sector in Ladakh region. After reaching Leh, the Minister started series of meetings with various stakeholders  and discussed proposals of promoting tourism and cultural activities in Ladakh. MP from Ladakh Shri Jamyang Tsering Namgyal was also present during the meeting. The minister also held meeting with members of Cultural Society of Leh. The Minister also held a meeting with Travel Trade Alliance of Ladakh region to understand the problems of stakeholders in tourism sector. In the meeting different stakeholders from the alliance raised their problems before the Minister. They also gave suggestions to Minister for expanding opportunities in  tourism sector in the region. Promoting adventure tourism, winter tourism and cheap and better connectivity from different part of countries to Leh, Kargil and Nubra Valley in all seasons remained the highlight of the discussions. They also requested the Minister to facilitate opening of Hotel Management Institute and Mountaineering Institute in the area to promote local talent in the region. The Alliance members also gave a memorandum regarding their concerns to Union Minister. In response to Alliance concerns and suggestions, the Minister assured them that the Government  is very positive regarding their concerns and full support will be given to Ladakh regarding development of tourism in the newly announced UT. He said that central government has arrived at the doorstep of Ladakh to fulfil the … 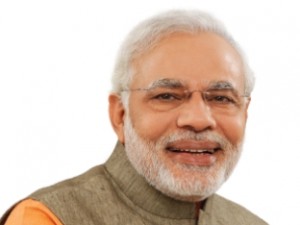 The state bhavans in the national capital should not merely serve not as guest houses, but as the brand representatives of the state they represent, and be centers that promote trade and tourism as well, said PM Narendra Modi, while inaugurating first eco-friendly state bhavan, ‘Garvi Gujarat’, of the Gujarat government in the city recently.  The state bhavan has been described as a mix of traditional and modern architecture with a rich reflection of the western state’s culture. The bhavan is an evidence of the ‘New India’ mindset which believes in linking modernity to its cultural heritage, the Prime Minister said. “We want to touch the sky while remaining rooted,” he added. Source: PTI 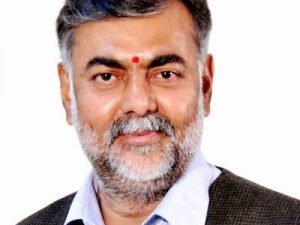 Minister of State for Tourism (Independent Charge), Prahlad Singh Patel has said that the next meeting of state tourism ministers will take place in Jammu and Kashmir. The last meeting took place in Delhi recently. “Our next meeting of all state tourism ministers, as per their wish, has been planned in Jammu and Kashmir. When all these ministers met me in Delhi recently, all of them expressed their desire for the next meeting in Jammu and Kashmir. It could be in Srinagar as well. However, we haven’t decided the location as of now,” said the Minister. While every ministry is planning schemes for Ladakh region, he said he would be visiting Kashmir to take stock of ‘feasibility’ of implementation of schemes in the newly-carved Union Territory. “While we have sent our tourism officials to Leh and Ladakh to train the manpower for the betterment of the tourism sector for a few days, we would be focusing our energies on various schemes under our ministries. We would go to Jammu and Kashmir soon after,” the minister said. Ladakh will get dedicated projects that can make the region stand out as an international tourist destination, said Patel. (Source: ANI)

Mumbai leads in RevPAR as well as Occupancy in first half and Q2 of 2019: JLL 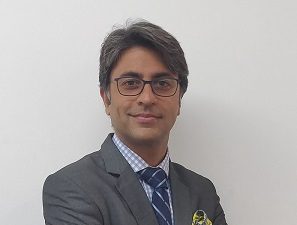 In a recent interview, Jaideep Dang, Managing Director, Hotels & Hospitality Business, JLL, says, “At present, Hyderabad is a booming market and is back into the reckoning. New hotels are being added yet the city remains strong. Besides this, Bengaluru, Delhi, Gurugram keep rising. However, Mumbai remains at the top in terms of Occupancy and RevPAR. The reason primarily remains the surge in the commercial market space.”

Tamil Nadu Tourism is hopeful that Tamil Nadu Travel Mart (TTM), scheduled from September 19-22 at Chennai Trade Centre for increasing visitor numbers to the state. Apurva Varma, Additional Chief Secretary to Government, Tourism, Culture and Religious Endowments Dept. said, “We expect a lot of buyers to come for the second edition of TTM. It will be a huge platform for showcasing Tamil Nadu, where all stakeholders would come under one roof. Right from hoteliers, wellness tourism providers, domestic and international travel products, will be there for buyers. Everybody is excited and looking forward to it.”

Delhi most preferred city for MiCE events in India 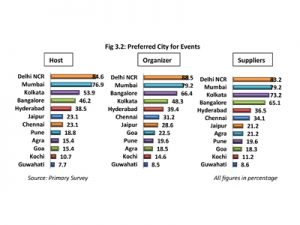 Delhi came out at the top as host (84.6%), organiser (88.5%) and supplier (88.2%) of MiCE events in India, revealed a recent report on MICE Market In India. The report claimed that the three base metros of Delhi, Mumbai and Kolkata in addition to Bangalore are at the top of the mind when it comes to recall of all the segments at both demand as well as supply end. Mumbai was a close second as host (76.9%), organiser (79.2%) and suppliers (79.2%) of events followed by Kolkata as host (53.9%) , organiser (48.3%) and suppliers (73.2%) of events. The report was commissioned by Ministry of Tourism, Government of India. 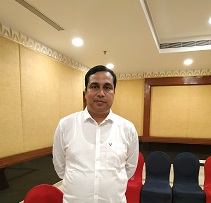 Assam Tourism Department Corporation (ATDC) has started developing a unique concept of tourism called ‘Tea & Tee’ which clubs tea tourism along with golf tourism. This was revealed by Jayanta Malla Baruah, Chairman, ATDC, on the sidelines of a three-city roadshow that travelled to Ahmedabad, Pune and finally Mumbai. The roadshow was a joint effort between Department of Tourism, Govt of Assam in association with India Tourism, Mumbai (Ministry of Tourism, Government of India). Leading the event was Chandan Brahma, Honourable Tourism Minister, Assam, along with 36 tour operators from Assam who were participating in the roadshow. Elaborating on the new concept, Baruah explains, “Assam is a small state but we have more than 22 golf courses that are world-class with nine-hole and 18-hole courses. If we include the small ones, it is more than 30 golf courses. A lot of these are located inside tea estates that also have tea bungalows that are unique to Assam.” Highlighting the growing numbers to the state, he said that Assam has received more than 60 lakh domestic tourists in 2018-19. FTAs in the same period was around 41,000-plus. “We are expecting to cross 50,000 FTAs this year and at least 70-75K in domestic tourists,” he revealed. According to reports, Assam government has sanctioned INR 300 crore to Assam Tourism in order to promote the state as a world-class tourist destination. Sarbananda Sonowal, Chief Minister of Assam, tweeted recently to announce its decision and also revealed that the government is brainstorming to host Filmfare Awards in Guwahati for the first time.