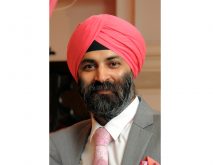 The second leg of this year’s GPS starting July 13 will bring with it another unique programme. Announcing this is Harmandeep Singh Anand, Managing Director, GPS, says, “We have started working with international tourism boards to do an educational workshop for travel agents starting this September-October. Titled ‘GPS Educational Destination Workshop – International’ (EDWIn), it will involve interested agents signing up to travel to a particular international destination to learn about the country at a highly subsidised participation fee.”

GPS has already tied up with Singapore Airlines as its international airline partner as well as Genting HK. It is also in talks with various NTOs including Malaysia, Singapore, Thailand, Indonesia, the Philippines, Korea, UAE, Egypt, Turkey and Greece. GPS will soon launch a similar programme for domestic destination in partnership with various state boards. Agents are requested to register for the same at

GPS will shortlist about 20-25 travel agents from each city that GPS travels to. The selection will be based on their level of participation, the number of meetings they do, their level of networking and the amount of business or leads they generate during GPS shows. Anand explains further, “They also have to attend all presentations and sessions. These agents will be chosen to attend these educational workshops that we will conduct in association with the tourism boards. The visits will include hotel inspections, meeting local DMCs and travel agents from that destination and doing activities that they can include in their itineraries. It will turn out to be very cost-effective for them. This will be open only to tier II and tier III travel agents as they are the ones who don’t get enough exposure to the trade as against those in metro cities.”

Hitting five more cities through July and August this year is the second leg of the Global Panorama Showcase (GPS – the multi-city trade show for tier II and III cities). It will start with Ahmedabad on July 13, going on to Chandigarh on July 20, Kolkata on July 27, reaching Kochi on August 3 and ending in Pune on August 10. The show will stay in each of these cities for three days.