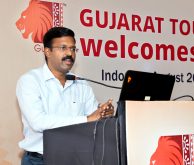 Gujarat has received an overwhelming response in terms of investment in tourism projects after it launched its Tourism Policy 2015-2020 in September 2015, according to Jenu Devan, Managing Director, and Commissioner of Tourism, Tourism Corporation of Gujarat Limited. He says, “It has become a tremendous success. Till date, there are 220 applications for various tourism projects like hotels, resorts, amusement parks, etc. worth Rs 9,000 crore. So in the next few years, Gujarat is poised to have a fantastic tourism infrastructure for both the inbound and domestic tourists.” Gujarat received a total of 448 lakhs tourists during 2016-17. This was 16.9 per cent higher than the flow in 2015-16. The flow of tourists within Gujarat also increased with a 15 per cent growth. Speaking about the source markets in India and abroad, he adds, “We see the entire India as our source market. However, we get maximum traffic from our neighboring states of Maharashtra, Madhya Pradesh and Rajasthan. Internationally, UK tops the list followed by USA. We would like to receive more traffic from the South East Asian markets as they are short-haul destinations for India.” 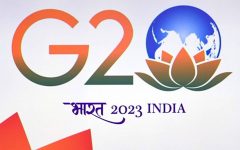 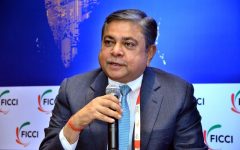 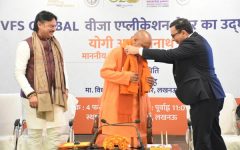