World tourism day which is marked every year on September 27 is just two days away. The day is held worldwide to highlight how tourism adds huge economic value and fosters social, cultural and political integration in the world. But unfortunately this year, it just acts as a reminder of stark reality facing the tourism sector. Highlighting the woes of the IATO, today submitted a memorandum to Meenakshi Sharma, DG Ministry of tourism bringing to her notice how in the event of complete halt of operations and no financial support from the government, the industry which contributes about Rs 15 lakh crore to the economy and provides direct/ indirect employment to more than 5 crore people is on the brink of closure.

The pandemic has hit all the sectors of the economy but tourism has been the worst hit with inbound tourism taking the biggest hit. Since March when the flights and visas were cancelled, the business has been absolutely zero as a result a lot of small tour operators have shut and larger ones which are still running are working with skeleton staff which is required for maintenance, creditors and supplier’s payments and payment of mandatory government dues.

The closure has led to a direct economic loss of Rs 6 lakh crores and indirectly the economy has lost Rs 15 lakh Crores which is about 9 % to 10 % of the economy. In terms of employment, more than 4 crore jobs have been lost. The situation becomes alarming as the situation does not look like improving in the next six months too.

IATO has represented about the woes to different wings of the government but so far no relief has been forthcoming. Even it requests for release of advances paid by the members to the airlines for air tickets, hotels for accommodation, and government departments like RTDC, IRCTC for luxury trains and also for the wildlife safaris have not acceded.

IATO requests government for immediate relief which should include raising of SEIS Scrips percentage from 7% to 10% for the tour operators for the initial year 2019-20.The special non- collateral, interest-free long term (5 to 10 % years) under MSME loan scheme to be provided to all categories of tour operators and not just the one which has already taken loans. The moratorium on the loan taken to be extended for two years with no penal interest being charged. Further, the government is urged to provide an e-time grant for payment of salaries up to 80 per cent based on the balance sheet of 2018-19. 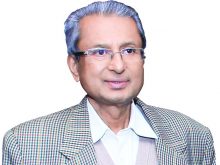 According to Pronab Sarkar, President, ATO, “These are one of the worst time ever for the ism industry and it pleads government for help as without aid and support at this juncture from the government our survival is not possible and the industry which contributed billions of Rupees in a better time to the omy and employed crores of people would be wiped out. Our members are expressing that they are unable to stretch anymore and shall collapse any day now and ready to hit the streets with their demands if no other options are open 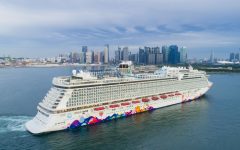 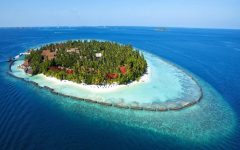