Israel Ministry of Tourism to conduct four-city roadshow in India 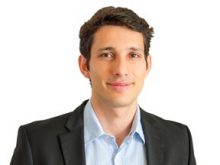 The Israel Ministry of Tourism (IMOT) has announced a four-city roadshow in July and August in India in alignment with its plan to increase Indian arrivals to the country. The Ministry will begin with its maiden roadshow in Nashik on July 19, followed by Ahmedabad on August 27, Kolkata on August 29 and concluding in New Delhi on August 30. The events will start off with a destination presentation leading to an interactive workshop followed by a press conference with the IMOT team. The Israeli delegation will be led by Hassan Madah, Director, Israel Ministry of Tourism, India & Philippines along with Judah Samuel, Director – Marketing, Israel Ministry of Tourism, India and will include representative partners from the tourism industry of Israel.
Hassan Madah said, “Israel is an emerging destination for the Indian traveller and tourist arrivals have been growing progressively over the last couple of years. 2017 was a record breaking year for us with close to 60,000 Indian tourists visiting Israel, and we are constantly striving to increase destination awareness among consumers, Indian travel trade and MICE agents. Besides the source markets, we are looking to focus on cities like Nashik that has immense potential and recently conducted maiden roadshows in Guwahati and Lucknow as well. The plan is to organize 11 roadshows in different cities of India by end of 2018 and successfully introduce and reinforce the varied tourism offerings of Israel.”