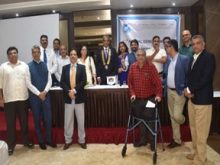 Kuldeep Bhartee, General Manager (Area Manager – West) ITC Hotels, and General Manager, ITC Maratha, was elected unopposed as the President of Skål International, Bombay Club in its recently-held 62nd Annual General Meeting at the West End Hotel in Mumbai. More than 80 members attended the event. Bhartee gave a presentation on his vision and goals of the club along with the roadmap which lay ahead.
He said, “Mumbai has witnessed a tremendous growth in international and domestic tourist arrivals in 2017. This strong momentum is expected to continue in the coming years. Being an elite club, the management committee of the club will rise to the occasion and will work closer with all stakeholders to ensure it benefits every member.”
The new Skål Club of Bombay committee members are Kuldeep Bhartee as President, Sunil Chopra as Vice President, Vaibhav Kedia as Vice President, Sunil Acharya as Secretary, Kunal Sampat as Jt Secretary and Arvind Tandon as Treasurer. The Committee Members are Suresh Gulrajani, Rosita Haribal, Jyot Jhaveri, Vinayakk Laud and Sujata Mariwala. The Co-opted Members are Rakesh Marrott and Jason O’Conner. 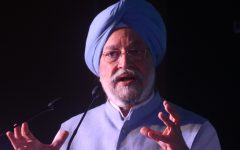 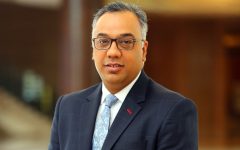