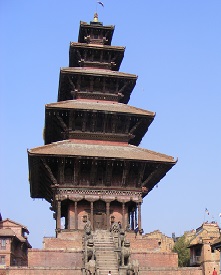 Nepal has undertaken several projects with the support of the Asian Development Bank to attract religious tourists from various countries, including India. As part of infrastructure development by ADB, an international airport near Lumbini is expected to be operational by March next year and is expected to attract tourists from Buddha circuit in India. More than five countries, including India, have shown interest in starting airline operations from the upcoming airport.