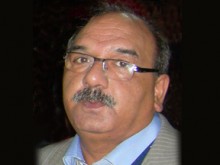 Travel industry veteran, Praveen Chugh, passed away in Delhi on March 26, 2019 after suffering a massive heart attack. He was serving as the President of Travel Agents Federation of India (TAFI) and was also the Chairman of World Travel Agents Association Alliance (WTAAA). Born on October 16, 1955, Chugh recently became the COO of Agency Sales for Via.com by EbixCash, which acquired his company Business Travels Private Limited. He is survived by two daughters. Known for his guidance and expertise in ticketing, Service Tax and GST, he has represented Indian travel industry at various international forums time and again.
Subhash Goyal, Secretary General, FAITH, said, “My relationship with Praveen Chugh started ever since he joined TAFI, and he took it to great heights with time. He started his company Travel Services International (TSI) from scratch and made it one of the most successful companies in India. He was one of the finest people I know and was a pillar of strength, not only for TAFI, but for FAITH as well. He was always enthusiastic about new things and had a positive attitude. He was of great help for the India Tourism Mart (ITM), and even sent his staff for the ticketing. He contributed a lot to the industry, especially with Service Tax and GST matters, which he was very clear of. He educated and guided the industry in case of any issues on the same as well as worked on agent commissions along with TAAI and other industry organisations. He has been representing India on various international platforms as well. It is a very sad moment for the entire industry and a personal loss for me as he was a very dear friend, who always stood in support.”

Commenting on the tragic news, Zakkir Ahmed, Immediate Past President, TAFI, said, “It is indeed a great loss for all of us, as a friend to TAFI and to our industry. I was very fortunate to serve TAFI for three terms as President, but I was more fortunate to have Praveen beside me for all the three terms as Vice President. He gave all the encouragement and was a great support. I always looked up to him for any advice. We worked closely on a lot of issues for more than 20 years. He has played a very big role in building TAFI, which we are all proud of today. He was a great visionary, full of ideas and was a go-getter. I can’t believe when I dropped him at Mumbai airport, after which he suffered the heart attack, would be the last time I would see him. It was shocking to hear of his demise. May his soul rest in peace.”