As the Radisson Hotel Group enters the second year of Destination 2022, its five-year strategic road map, extensive expansion is underway across South Asia. The Group has signed 15 hotels in India in 2018 and it has already signed four more properties in 2019: Park Plaza Amritsar, Radisson Greater Noida, Radisson Gurugram Sohna Road City Center, and Park Inn by Radisson Kashipur. Seven new hotels were opened in India in 2018, and the group is on track to reach the landmark of opening its 100th hotel in India this year. Leveraging its first-mover advantage in the country, Radisson Hotel Group intends to introduce international hospitality to a series of fast-growing Tier II and III cities, as well as emerging areas such as North East and Central India. 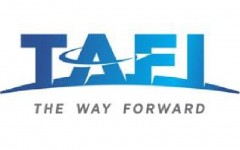