Reviewing the airline’s fleet of aircraft in terms of leasing costs and operating efficiency is a key pillar within a broader cost restructuring plan embarked upon by the airline since the onset of the pandemic in 2020.  Other restructuring initiatives have thus far resulted in the airline ceasing to rely on government funding since the second quarter of 2021, and returning a profit since December 2021 – the most profitable month on record.

The initiation of the re-fleeting RFP is primarily prompted by the impending expiry of aircraft leases for over 50% of the current fleet. The airline recognizes that the current global market for aircraft leasing presents an attractive pricing environment which would maximise the cost savings which can be achieved via the timely execution of a re-fleeting strategy. The combination into a single RFP of replacement aircraft (expiring leases) with growth needs over the ensuing period, captures benefits of scale. A single procurement exercise also avails optionality in terms of selecting the optimum fleet structure in terms of operating efficiency, aircraft type and aircraft age.

All aircraft leases will be funded through the airline’s current existing cashflows, and the re-fleeting is expected to significantly reduce the airline’s cost structure going forward. The re-fleeting exercise will alongside other strategic initiatives help the airline increase its operating margins and further elevate its operating cash flows which will support the timely paying down of long-term debt to the Government of Sri Lanka and other lenders.

The promising turnaround in the airline’s financials have accrued both from cost restructuring as well as from selective growth initiatives in terms of expansion of the route network to include new destinations, and exploitation of growth opportunities in the cargo sector.  Forward looking plans of the airline will be closely aligned to the growth aspirations of Sri Lanka’s tourism sector which is one of the country’s largest foreign exchange contributors.

SriLankan Airlines is presently a net foreign exchange earner for the country.  Cognizant of the broader macro-economic environment locally and globally, the airline will continue to take a measured and calibrated approach to growth with primary focus being applied to maintaining self-funded, profitable and sustainable operations.

Combined entity of Air India and Vistara in line with India’s aspirations: CAPA 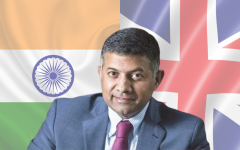 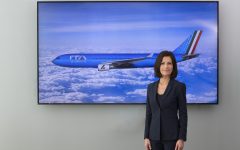