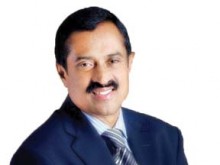 The Confederation of Kerala Tourism Industry (CKTI) led by EM Najeeb has called on the government to take immediate steps to reopen the tourism sector in Kerala without further delays. Najeeb added that if the crisis continues, the vast majority of enterprises in the region will face serious repercussions in the near future.

The tourism sector, which has been in crisis since travel restrictions were imposed globally in last February, has been completely shut down with the lockdown imposed in India by March 24. More than 15 lakh people directly and 20 lakh people indirectly working in the tourism sector of the state and being the highest-earning industrial service sector in the state. Tourism is the highest income-earning sector with more than 45000 Crores and contributing around 12% to the state GDP in 2019. Excluding expatriate investment, it is one of the most lucrative foreign exchange earning sectors in the country and more than 20000 local investors and entrepreneurs are working in this sector with the support of bank loans and other financial institutions support.

Central and State Governments should be prepared to take wartime measures to rescue the sector from the more damaging situation and intervene to restart the regular business with adequate safety and health control measure for the return of the tourism sector and lives of lakhs of people is, directly and indirectly, working travel, tourism and hospitality sector.

At a time when the tourism industry is on the verge of literally collapsing as one of the state’s highest income earning industrial sectors and excluding NRI investment, the country is literally on the verge of collapse. CKTI President EM Najeeb requested. Based on unlock 4 declared by the central government recently, Our neighbouring states Karnataka, Tamil Nadu, Goa, and Maharashtra etc., have opened the Tourism sector with and without COVID protocols, he also added.

Najeeb pointed out that, the positive response from Kerala government with financial packages and reopening of bars to support and restart tourism businesses is a welcome sign and we are confident that a strong comeback of tourism in the state by December end. Our CM on his last day press briefing reiterated the need to “Live with COVID”, as people all over the world start following safety precautions and protocols.

Unlike other states in India, the Government of Kerala’s Chief Minister’s Tourism Consolation Fund, a financial package of Rs 455 crore, has done a great deal to retain entrepreneurs and workers working in the sector, said Sajeev Kurup, General Secretary, CKTI. But there are more than 4000 hotels, resorts, more than 1000 houseboats, more than 100 Ayurvedic centres, more than 1000 tour operators, and homes closed in the tourist destinations of the state.

However, there are more than 4,000 closed hotels, resorts, 1,000 plus each houseboat, Ayurvedic centres, tour operators and homestay owners, apart from water theme parks, taxi drivers, tourists guides, and units in the adventure tourism sector are in dire financial constraints, due to the continuous lockdown of the tourist attractions in the state. The office-bearers of CKTI say the past few months have been a period of great uncertainty in the sector due to fixed costs such as maintenance, salary, electricity, and water charges along with various tax liabilities and bank loan exposures.

At the national level, several states, including Rajasthan, Goa, and Karnataka, have been open to the tourism industry since September 1, with no quarantine conditions or travel bans, in compliance with COVID 19 control and defence regulations. But the existing 14-day compulsory quarantine in Kerala, a requirement for travellers arriving in the state is a major setback in the region.

Currently, the state government has given permission to open hotels in the state from June 9, subject to the COVID 19 Prevention Control Rules, but it will only benefit visitors who come for 7-day business purposes. Due to this, very few hotels in major cities are open in Kerala now, however, most of the hotels, resorts, and houseboats in Kerala are run exclusively for leisure tourists. The unfortunate situation is that none of these can work because of the current restrictions. If this situation continues, the tourism industry, which earned about Rs 45,000 crore for the state exchequer last year, will have to close down permanently said CKTI President EM Najeeb and General Secretary Sajeev Kurup in a press statement.

CKTI has already submitted a memorandum to Pinarayi Vijayan, Chief Minister and Kadakampally Surendran, Minister for Tourism, Government of Kerala to open the tourism sector without further delay. According to the proposals, Hospitality, Ayurveda and Wellness sector in Kerala are ready to adhere to state government protocols and directions including regular COVID-19 testing and confirming a negative result before clients utilize the facilities and to start business slowly. We propose to follow Travellers and Clients to arrive with an RT- PCR test recent (48 hours) or following dual testing Rapid Antigen and RT- PCR test so as to obviate the need for a 14-day quarantine. Without government directives in favour as above, we cannot start taking clients/ guests. It should be a policy decision by the government by involving health and tourism departments in issuing directives to open the tourism sector by adhering to SOPs.

CKTI with the support of its 35 industry association members has collected the feedback of the industry and the survey findings are alarming and pointed to a death knell of the sector. Najeeb added that if the crisis continues, the vast majority of enterprises in the region will face serious repercussions in the near future. The urgent intervention of the state government was needed because of the finding which has collated from the across tourism segment is a sure sign of the future of the sector in the state. 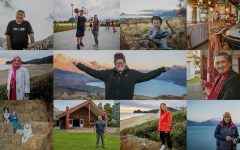 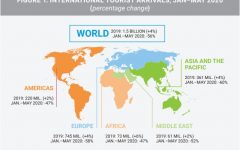 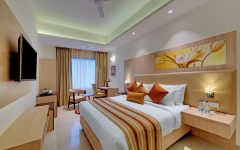