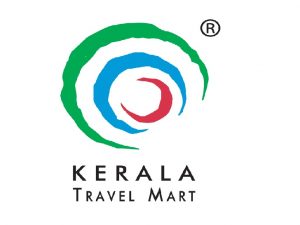 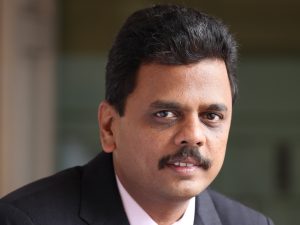 Thomas Cook (India) has strengthened its presence in Faridabad with the inauguration of a new branch at SCF 51, First Floor, Sector 15, Faridabad. It was inaugurated by Romil Pant, Senior Vice President and Jatin Sharma, Associate Vice President, Thomas Cook (India). This expansion augments Thomas Cook India’s distribution and reach in Faridabad and Delhi-NCR to 16 consumer access centres – six owned branches and 10 Gold Circle Partner (franchise) outlets. Thomas Cook India’s internal data had highlighted Faridabad/Delhi NCR as a high potential source market for its holiday business. Hence, in an initiative to harness this opportunity, the company has identified Faridabad to set up its new Gold Circle Partner franchise outlet. Rajeev Kale, President & Country Head – Leisure Travel and MICE, Thomas Cook (India) said, “The North market has been identified as a prime growth driver and continues to deliver strong growth of 32 per cent YoY for our leisure travel business. Delhi NCR offers us significant potential and we have selected one of Faridabad’s prime localities for our new branch.” Gold Circle Partner Mamta Arora, a resident of Faridabad is an industry veteran. Her domain expertise and relationships/contacts will assist Thomas Cook in establishing and growing the market. 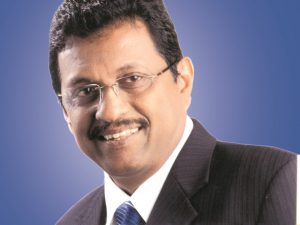 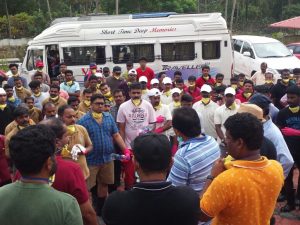 ATOAI’s 14th Annual Convention to be held in Araku Valley, AP from October 25-28 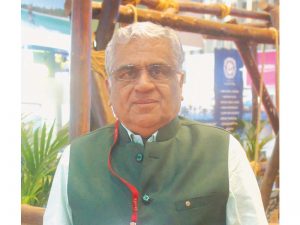 The 14th Annual Convention of Adventure Tour Operators Association of India (ATOAI) is set to be held in Araku Valley, Andhra Pradesh from October 25-28, 2018. Keeping the tradition of holding the convention in an adventure destination every year, ATOAI has selected the Araku Valley this year as a venue for its annual convention. ATOAI is expecting over 250 participants mostly the leading adventure tour operators, hotels, DMCs, State Tourism Boards, travel trade from Andhra Pradesh as well as the neighbouring states in South India, officials from the Ministry of Tourism, bloggers and media to interact and network during the convention days. “The idea is to bring small operators from far-flung areas of the state and connect them with the adventure tourism experts, introducing a day of adventure activities to strengthen the fraternity,” said Capt Swadesh Kumar, President, ATOAI. The convention will offer structured opportunities for the travel trade and tourism boards to network for business development. These include networking sessions and a buyer-seller expo where companies may take up table space to promote their products and services. ATOAI has appointed Shekhar Babu (recipient of Tenzing Norgay National Adventure Award in year 2009 as well as Adventurer of the Year Award by ATOAI in 2017) as Co-chairman of the convention from South India. Delegates will also get an opportunity to go on pre or post-convention Fam tours hosted by Andhra Pradesh Tourism and state industry players. 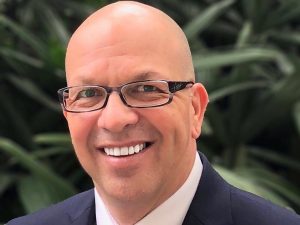 Essel Group, a multi-faceted business conglomerate, has announced the appointment of industry veteran Jurgen Bailom as President and CEO of the Group’s upcoming cruise line business, Zen Cruises. With his appointment, Essel Group heralds the announcement of India’s premium cruise line with the purchase of its first ship, the Pacific Jewel – a 70,285-ton, 2000 passenger ship from P&O Australia. He will be based in Mumbai. With a career spanning over 30 years in the cruise and hospitality industry, Bailom was President & CEO of Grupo Vidanta Cruises prior to Essel Group. He has also held senior Corporate Director positions within several of Royal Caribbean’s brands such as Sky Seas, TUI and Celebrity Cruises, Island Cruises and most recent as the Chief Operating Officer & Vice President of Royal Caribbean Cruise Lines Pullmantur. He has also been Vice-President of The Maho Group, Sonesta Collection Resorts, Casinos, Spa & Real Estate, to name a few. Commenting on his appointment, Bailom said, “I’m thrilled to be a part of the Essel Group which has done pioneering work across sectors. India has a 6,632 km long coastline along nine states and two union territories which presents tremendous potential to promote and grow cruise tourism in India. We intend to take the cruise liner experience to a new level for people in India.” 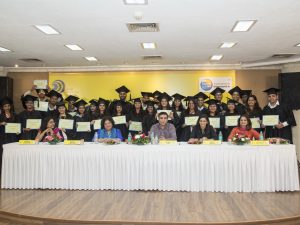 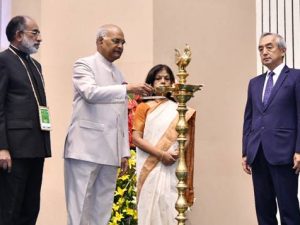 President Ram Nath Kovind inaugurated the International Buddhist Conclave (IBC), 2018 at Vigyan Bhawan, New Delhi  in the presence of KJ Alphons, Minister of State (I/C), Tourism; Rashmi Verma, Secretary, Tourism; Satyajit Rajan, Director General, Tourism; ministerial delegates from Bangladesh, Indonesia, Myanmar and Sri Lanka. Travel trade representatives from India and various other countries were also present for the conclave. Addressing the audience, Kovind said, “India is the land of Buddha and this initiative by Ministry of Tourism would attract visitors from around the world to come to India and experience the Buddhist destinations in the country.” The first day of the conclave also included presentations by the Ministry of Tourism and state governments on Buddhist tourism prospects in the country. An investor’s summit was also going on alongside the conclave to look for investment opportunities in the Buddhist tourism sector in the country. A B2B session was also conducted between foreign and Indian tour operators along with a panel discussion on ‘Role of Living Buddhist Heritage in the Contemporary Society’. The Conclave is being organised by the Ministry of Tourism in collaboration with the state governments of Maharashtra, Bihar and Uttar Pradesh from August 23-26, 2018 at New Delhi and Ajanta (Maharashtra). 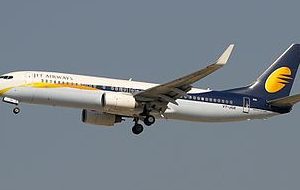 Jet Airways and Bangkok Airways have announced the expansion of their existing codeshare agreement to provide more choice and convenient travel options. Guests travelling between key destinations across Thailand, Vietnam and India, will benefit from this alignment between the two airlines. Moreover, this expanded partnership will offer guests enhanced connectivity and seamless access when travelling throughout the combined networks of both the airlines. On the occasion of the codeshare expansion, Gaurang Shetty, Wholetime Director, Jet Airways, said, “Jet Airways and Bangkok Airways have been codeshare partners since 2013, and with this enhancement we will for the first time, be able to offer our guests seamlessly connectivity on codeshare flights to seven key touristic favorites across Thailand, as well as growing markets in Vietnam. This codeshare agreement will further lead to a boost in tourism and trade between India and these Asian nations.” Puttipong Prasarttong-Osoth, President, Bangkok Airways said “We are pleased to expand cooperation with Jet Airways to strengthen our respective route networks and offer business and leisure travelers with unprecedented and convenient access to new gateways.”

President Ram Nath Kovind will inaugurate the International Buddhist Conclave (IBC), 2018 at Vigyan Bhawan, New Delhi on August 23. KJ Alphons, Minister of State (I/C) for Tourism will preside over the inaugural function. The Conclave is being organised by the Ministry of Tourism in collaboration with the state governments of Maharashtra, Bihar and Uttar Pradesh from August 23-26, 2018 at New Delhi and Ajanta (Maharashtra), followed by site visits to Rajgir, Nalanda and Bodhgaya (Bihar) and Sarnath (Uttar Pradesh). During the inaugural session of the Conclave, the Ministry will launch its website landofbuddha.in and a new film showcasing the Buddhist sites in the country. Delegates would be taken for site visits to Aurangabad, Rajgir, Nalanda, Bodhgaya and Sarnath. The Ministerial level delegation from Bangladesh, Indonesia, Myanmar and Sri Lanka will participate in the conclave. Delegates from 29 countries are participating in the event. The countries include Australia, Bangladesh, Bhutan, Brazil, Cambodia, Canada, China, France, Germany, Hong Kong, Indonesia, Japan, Lao PDR, Malaysia, Mangolia, Myanmar, Nepal, Norway, Russia, Singapore, South Korea, Slovak Republic, Spain, Sri Lanka, Taiwan, Thailand, UK,  USA and Vietnam.