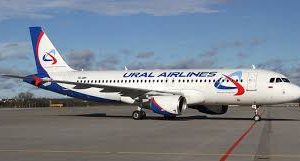 JSC Ural Airlines has announced the launch of its flights to Mumbai and has appointed Minar Group as General Sales Agent (GSA) for India. JSC Ural Airlines, the full service carrier of the Russian Federation, is all set to launch four weekly flights operations to Moscow-Mumbai, India, starting March 30, 2020. The aircraft used for the new Moscow-Mumbai flight is the brand new A320 Neo aircraft having 2 Class configuration. The flight will depart from Mumbai 0540 hrs and arriving in Moscow at 1005 hrs, the airline is offering convenient timings for business travellers, M!CE and tourist groups. On the other hand, flights from Moscow will depart at 1920 hrs and arrive Mumbai at 0435 hrs. In addition, the airline has appointed Minar Travels (India), the Airline Management Services arm of Minar Group as it’s General Sales Agent for the Indian market. Spokesperson of Ural airlines stated that, “We have selected Minar Travels to position our brand, create awareness of our products and sell our services in this important new market.” 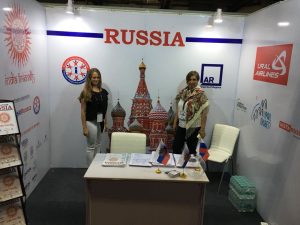 As a result of a sharp rise in inbound numbers from India into Russia, Ural Airlines is planning to appoint a GSA in India. Valeriya Sorokina, Head (Touristic Division), Route Network Development Department, Koltosovo (Yekaterinburg) Airport, reveals, “The Indian market is one of the largest in the world and the most rapidly growing market. So we are going to grab all kinds of passenger traffic originating from India. We are looking to appoint a GSA representative here instead of having our own airline office.” The airline plans to start flights from New Delhi and Mumbai. Sorokina adds, “However, these are only in plans as there are no traffic rights yet and no slots available. The plan is to start flights from Delhi and Mumbai to Yekaterinburg and further to all over Russia as well as other popular European points. We hope the flight starts from October 2018.” The airline is also seriously developing itself as a hub where it captures not only point-to-point traffic, but also more transit traffic.

Ural Airlines to start flights between India and Russia 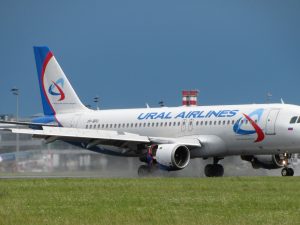 The potential of the outbound tourist market from India to Russia has prompted Ural Airlines to start flights from various cities in India ex Yekaterinburg to Moscow, St. Petersburg, and to the other cities in Russia along with offering connections to other prime destinations in Europe. As per the Russian Information Centre (RIC), tourists from India to Russia have been growing at 30 per cent YoY. Considering the unique needs of Indian tourists and to cater to their specific needs, Ural Airlines is considering to join the ‘India-Friendly’ programme in Russia, which is initiated and executed by RIC in India. Airports of Regions & Russian Information Center in India are assisting the process of launch of services in India by helping identify partners and other associates that will contribute to the entry of Ural Airlines into the India market. Ural Airlines is the primary airline of Airport Koltsovo in Yekaterinburg and one of the largest rapidly developing Russian airlines.