Tourism sector is very pampered by the government: Amitabh Kant 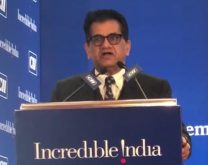 Amitabh Kant, CEO, Niti Aayog in New Delhi has said that tourism is one of the most pampered sectors by the government. He also said that if India has to become a $5 trillion economy by 2025, the tourism sector can be the biggest driver of India’s growth and jobs generations. Sharing his views during the CII Annual Tourism Summit, he said, “ The government has taken right policy decisions as far as promoting tourism is concerned. We have done every possible thing in that direction. The tourism sector has got such a pampered treatment by the government whether it be for a reduction of GST on hotel accommodation tariffs or the reforms in the e-Visa regime. No other sector in the country has received such progressive reforms by the government.” He also said that if growth has to take place with jobs, which India requires, tourism has to be the key sector to drive both growth and jobs. “Tourism has immense multiplier impact in the economy but its impact as far as direct and indirect job creation is concerned, is truly formidable. Therefore, if there’s one sector which greatly creates jobs, it is the tourism sector and that’s what India needs, growth with jobs,” he said.

He further said, “But, I am also a believer that tourism is essentially a private sector with stakeholders such as tour operators, tour guide, transport operator, hotels, airlines involved. Therefore, if tourism in India has to grow, the private sector in tourism will have to be the key driver of growth. The government at best can be the catalyst. Secondly, it’s not the numbers of tourist which is critical, I believe that unit value realisation of tourist must grow. We must be able to get a better class of tourists, who spend more in India. We should target that by 2022, the spend by foreign tourists in India should rise to $50 Billion.” 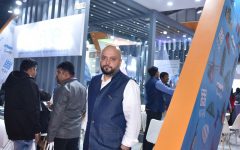 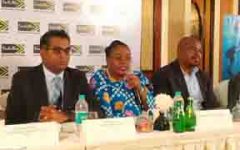