Atout France to promote ‘Befikre’ among the trade 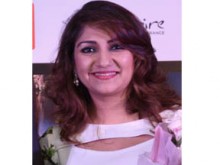 Honorable Mayor of Paris and Yash Raj Films launched the Ranveer Singh and Vaani Kapoor starrer ‘Befikre’ at the iconic Eiffel Tower in Paris on October 10 evening. Set entirely in France, ‘Befikre’ embodies the French freedom of expression through a contemporary story of two young protagonists. Sheetal Wadhwa Munshaw, Director Atout France India – France Tourism Development Agency, said, “This is the first ever Bollywood movie to have been truly “Made in France” right from romancing at myriad locations in Paris, Picardy and Cannes, to personifying the quintessential French lifestyle. It has been a delightful experience for us to have been a part of this journey right from handpicking and showcasing locations in France with the Yash Raj team to now embarking on this path breaking launch pad of releasing the film’s trailer in Paris as hospitality partners alongside Accor group of Hotels. To showcase the film to a diverse audience, Atout France in association with Accor group of Hotels and Yashraj will organise a special screening for the travel trade fraternity and select media in December. We hope travel companies are motivated to create a Befikre trail which includes destinations shot in the movie such as Picardy, Cannes and Paris which will spur the avid traveller to embark on a new Befikre experience in France.”

Full of Parisian spirit, the movie celebrates love – sensual, carefree and focused on living life to the fullest celebrating the renowned French art de vivre or unique way of life. The ‘Befikre’ cast touched down in France in early May and shot the film entirely Made in France for 52 days. The movie is slated to be released in India on December 9th, 2016 .