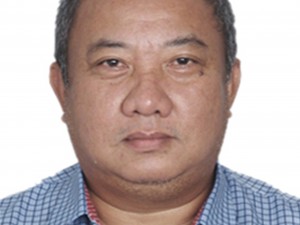 Tourism Malaysia has appointed Sulaiman Suip as the new Director, North & East India operations. He will spearhead Tourism Malaysia’s marketing and publicity efforts from the New Delhi office to continue focus on bringing innovative products and promoting unique experiences to the Indian travel community. Previously, Suip held similar positions in Thailand and as deputy director at Tourism Malaysia’s Japan office. Speaking about his latest tenure in India, Suip said, “India is an important market for us as it contributes to the 6th largest arrivals to Malaysia. This year we have a target of welcoming one million Indian tourists.  The face of Indian travel is changing a lot and now it’s not just about status symbols or checking places off a list. Experiential holidays like spa holidays, art and culture trips, culinary vacations are catching the fancy of the Indian traveller. So there will be a conscious effort to promote this sector to the discerning traveller. Focus will also continue on promoting theme parks and the shopping segment, as Malaysia is seen as a perfect family destination with something for everyone in the family.” Suip was instrumental in setting up the Tourism Malaysia offices in New Delhi, Mumbai and Chennai during his tenure as the Desk Officer overseeing promotion for South Asia market from 2000 until 2002. “Life seems to have come to a full circle with this new stint and I look forward to doing some good work in the eclectic Indian market,” Suip adds. 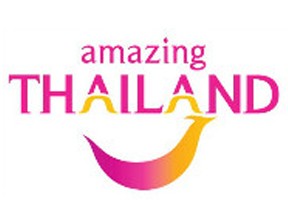 Following explosions in public areas in some provinces during August 11-12, 2016, Thai Prime Minister Prayut Chan-o-cha has instructed local authorities to step up security at key locations throughout Thailand as preventive measure and to ensure safety and security for business travelers and local residents. Meanwhile planned events and business events activities continue in Thailand as the nation celebrated the birthday of Her Majesty Queen Sirikit and Mother’s Day on 12 August, 2016. The Thailand Convention & Exhibition Bureau (TCEB) has issued a statement advising international stakeholders that Thailand’s MICE industry continues to operate as normal, and all public and private sector stakeholders are working together to monitor the situation. It said that all hotels, venues and attractions are open and ready to welcome business travellers. Transportation links, major roads and airports continue to operate, including Bangkok’s BTS Skytrain and MRT services and both Don Muang and Suvarnabhumi International Airports. However, business travellers are advised to prepare adequate travelling time to avoid getting caught in traffic due to large movements of people during this long-weekend holiday period. 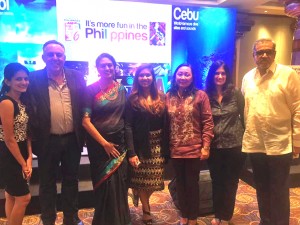 The Department of Tourism (DoT), Philippines received overwhelming response during its four-city roadshow for the travel trade. The roadshow that commenced from Kolkata on August 8, travelled to Chennai on August 9, Bengaluru on August 10 and finally to Mumbai on August 11. DOT Director, Verna Buensuceso, who was leading a delegation of 16 members from Philippines said, “We had more than 100 agents and operators in each city. Our growth shows that there is a lot of interest from the Indian market for Philippines. In 2015-16, the numbers grew by 22 per cent with a arrivals from India touching 75,000. This makes India the 13th biggest market for us globally.” SanJeet, Tourism Attaché, Philippines Tourism said, “The year 2016 is witnessing a strong start for Philippines Tourism, especially from the India market. We believe in putting our best efforts to make every roadshow more promising than the last one. The Indian travellers’ palate has become experimental and therefore, through our numerous trade initiatives, we envisage the influencers of the Indian travel market to sell the destination more effectively to the end consumers.” The program for the roadshow included presentations by officials of DoT Philippines, DMCs and hotels from the Philippines in addition to Q&A, detailed networking sessions and a special lucky draw for the participants. 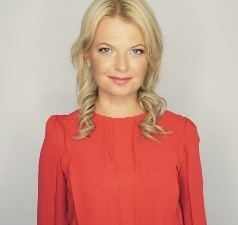 South Australian Tourism Commission (SATC) has identified India as a key growth market and has accorded it greater focus in terms of engagement with the trade and marketing efforts. Dana Urmonas, Regional Director, Southeast Asia & India, SATC, who was visiting multiple cities in India to meet the trade, says, “India is one of the world’s fastest growing outbound travel markets in the world and we at the SATC recognise the huge potential this market holds for us. The way Indians are now travelling and spending is changing significantly; they are looking for unique, memorable experiences. With wildlife experiences, pristine beaches, unspoilt nature and fantastic food and wine, travellers can get close to the real Australia in South Australia.” According to the recent International Visitor Survey Report March 2016, the number of Indian visitors to South Australia reached 10,000, with record spends of AU$18 million in the state. The 2015 India-Pakistan World Cup match hosted at the Adelaide Oval drove considerable awareness for the state and the SATC is looking to leverage the momentum built. The SATC is targeting affluent, global travellers in the age group of 25-55. The core target segments include leisure travellers, group travellers, honeymooners and families. To attract these travellers, SATC has been promoting three key destinations: Adelaide, Kangaroo Island and Barossa. 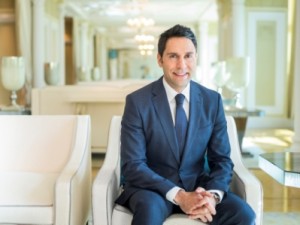 Ras Al Khaimah recorded a 23 per cent increase in visitors from India during the first six months of 2016 compared to the corresponding January-June period last year, according to the Ras Al Khaimah Tourism Development Authority (TDA).The positive growth trend during 2016 ranks India as the third largest international source market for the UAE’s most northern emirate-up from fourth last year. “Our new brand positioning emphasises Ras Al Khaimah’s natural assets, luxurious indulgence, range of activities for different types of travellers and authentic Arabian heritage and culture – our diverse destination pillars resonate well with Indian travellers,” said Haitham Mattar, CEO, Ras Al Khaimah TDA. In-line with the emirate’s international promotional strategy, RAKTDA recently attended July’s MICE India and Luxury Travel Congress (MILT) in Mumbai, the latest stop in a series of roadshows and familiarisation trips with Indian travel trade partners in the first six months of 2016. The promotional programme in India has targeted the country’s swelling MICE and luxury market, which has witnessed tremendous growth in outbound corporate travel in recent years as more and more corporates recognise the importance of MICE activities as a key driver to engage internal and external customers. “The constant increase in visitor arrivals from India is the direct result of strategic in-market trade missions and industry partnerships to boost market awareness of Ras Al Khaimah’s MICE and leisure offerings, highlight the destination’s diverse tourism proposition and forge smart partnerships with potential buyers,” added Mattar. “We’ve engaged close to 500 of India’s leading trade stakeholders to promote the destination as an ideal choice for the country’s business and leisure travel trade and these activities will continue in the second half of 2016.” 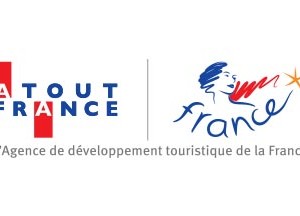 France Tourism Development Agency, Atout France has released an official statement on the security measures for tourism professionals post the July 14 attack. The release has a list of FAQs aimed at helping tourism professionals answer questions from their customers on the measures that have been taken to ensure the safety of the French population and foreign visitors. It says, “In spite of the events that occurred last year and at the Bastille Day celebrations in Nice, France remains the world’s most popular tourist destination (EVE survey1), with nearly 85 million visitors. The French authorities’ efforts to improve tourist reception and security will continue throughout the year under the state of emergency, which has been extended until January 31, 2017.” The statement also said that there are no specific measures concerning groups. Groups must nevertheless respect the general instructions given by the public authorities. It added, “There will be increased security checks and greater police powers. Police and gendarmerie reinforcements have been deployed throughout national territory. Inspections and staff levels have been increased in public transport and around sites receiving the public, including tourist attractions. All representatives of the tourism sector have announced the recruitment of additional security staff to ensure the safety of visitors.” 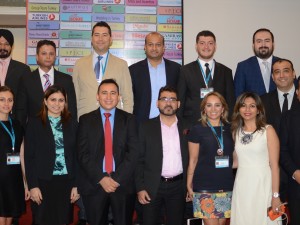 Travelshop Turkey plans to launch charters in association with Turkish Airlines in a bid increase their portfolio of offerings, informed Murtaza Kalender, General Manager, TravelShop Turkey, at the first leg of their six-city roadshow in Delhi. “In cooperation with Turkish Airlines, we plan to start charter flights and aim for 200 charters by 2017,” he said. Commenting on the roadshow, he stated, “We are here with representatives from 12 different Turkish companies including airlines, hotels, and restaurants to inform the Indian travel trade about the different packages we have on offer. Between October to April, we are expecting at least 10,000 clients to visit Turkey, especially with the new arrangements we have provided. We are also focusing on weddings since Turkey is extremely popular among Indians.” The roadshow continues in Ahmedabad on Aug 2, Mumbai on Aug 3, Kolkata on Aug 4, Chennai on Aug 5 and Bangalore on Aug 6. 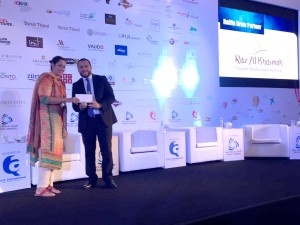 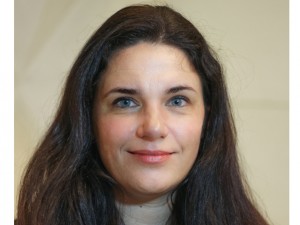 During January-June 2016, 25,181 Indian travellers visited Vienna representing a 32 per cent increase over 2015. Of the 3.1 million global visitors, over this period, tourists from India grew at the highest rate, followed by the Great Britain, informed Isabella Rauter, Manager-Media Management, Vienna Tourist Board. The number of Indian overnight stays grew to 55,628, an increase of 38.7 per cent over the previous year, corresponding to an Indian traveller spending an average of 2.21 overnights in the Austrian capital. “This not only reflects Vienna’s continued attractiveness, but also shows that our systematic internationalisation strategy of diversifying into many different markets is paying off,” explains Norbert Kettner, Director, Vienna Tourist Board. Vienna expects attractiveness among youth to get a further boost with the upcoming release of Ae Dil Hai Mushkil, a bollywood movie shot at the destination. “A popular destination for families and honeymooners, Vienna bewitched younger audiences to savour its romantic ambience. Young Indian couples are now beginning to forge wedding vows in the city, known for its love affair with imperial heritage and architecture,”says Rauter. The tourist board also informed that one in every eight visitors attended one of the 3,685 congresses, corporate events and incentives in Vienna in 2015, setting a new record. 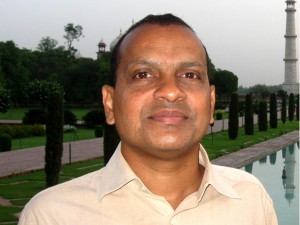