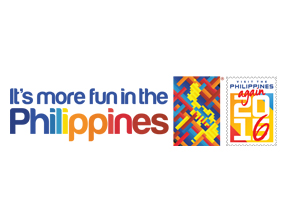 Buoyed by the success of its roadshow this February, The Department of Tourism (DOT), Philippines is back with yet another four-city roadshow for the travel trade in India during August 2016. The roadshow will commence from Taj Bengal, Kolkata on August 8, The Raintree Hotel Anna Salai, Chennai on August 9, Vivanta By Taj, Bengaluru on August 10 and conclude at The St. Regis Mumbai on August 11. The objective of such B2B sessions is to interact and establish commercial ties with Indian trade in these cities. Representatives from DOT Philippines along with a 20-member delegation will interact with over 400 key travel agents and tour operators, MICE and up-market leisure operators. SanJeet, Tourism Attaché, Philippines Tourism said, “The year 2016 is witnessing a strong start for Philippines Tourism, especially from the India market. We believe in putting our best efforts to make every roadshow more promising than the last one. The Indian travellers’ palate has become experimental and therefore, through our numerous trade initiatives, we envisage the influencers of the Indian travel market to sell the destination more effectively to the end consumers.” The program for the roadshow will include presentations by officials of DOT Philippines, DMCs and hotels from the Philippines in addition to Q&A, detailed networking sessions and a special lucky draw for the participants. 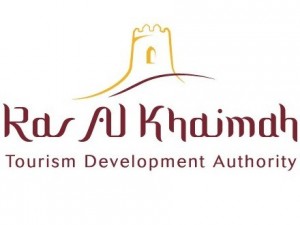 Ras Al Khaimah has recorded a growth of 37 per cent in visitor arrivals from India during the period of January to April 2016, a remarkable surge over the same period last year, according to Ras Al Khaimah Tourism Development Authority (TDA). The positive figures indicate that 2016 is witnessing a strong start from India, the fourth largest international inbound market for Ras Al Khaimah. In line with the current tourism development strategy, Ras Al Khaimah Tourism Authority recently conducted roadshows and one-on-one interactions with Indian travel trade partners to educate them about the tourist offerings of the emirate. Haitham Mattar, CEO of Ras Al Khaimah TDA, said, “As part of our tourism strategy to attract 1 million visitors to Ras Al Khaimah by the end of 2018, we place great importance on diversifying our source markets and creating sustainable tourism growth. Our recent trade missions and industry partnerships in India are a key part of our strategy, and have resulted in a positive increase in visitor arrivals from India. We recently launched our new brand positioning which emphasizes Ras Al Khaimah’s natural assets, luxurious indulgence, range of activities for different types of travellers, and authentic Arabian heritage and culture. We are very hopeful that visitors from India will continue to grow as more leisure and business travellers discover the emirate’s unique offerings.” Furthermore, in the first quarter of 2016, Ras Al Khaimah’s hotels reported an occupancy rate of 71%, up by 18% over Q1 2015. Coupled with a 9.2 per cent year-on-year increase in RevPAR, this demonstrates the highest growth across the GCC region. 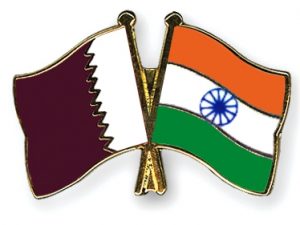 The Union Cabinet has given its approval for signing of a Memorandum of Understanding (MoU) between India and Qatar for strengthening cooperation in the field of Tourism. The main objectives of the MoU are to create favourable conditions for long-term co-operation in tourism, exchange expertise, publications, information/data and statistics related to tourism, encourage cooperation through the exchange of programmes, propaganda and marketing of their tourism products via media etc. The MoU also entails exchange visits of tour operators and media for promotion of two way tourism. It will also encourage co-operation between tourism sectors, tour operators, travel agents and other tourism private sector’s firms and bureaus in the two countries. Qatar is an emerging tourism source markets for India (India received approximately 6313 tourists from Qatar in 2015). Qatar is a potential market for India in terms of Medical tourism and provides vast opportunity for India in this field. The signing of MoU with Qatar will be instrumental in increasing arrival from this emerging source market.

The Philippines recorded 22,121 Indian tourist arrivals during January-March, 2016, indicating an increase of 23.7 per cent, over the same period last year. As per reports, the Department of Tourism (DOT) Philippines has confirmed that there were 6,943 Indian visitor arrivals in March 2016, registering a growth of 8.23 per cent over March 2015. SanJeet, Tourism Attaché, Philippines Tourism Marketing Office India, has attributed the growth to DOT’s continuous efforts to promote the various attractions of the Philippines under the ongoing Visit the Philippines Again (VPA) 2016 campaign. He said that the Philippines expects to maintain a healthy growth through the rest of the year and hopes to close the year with 25 per cent growth. 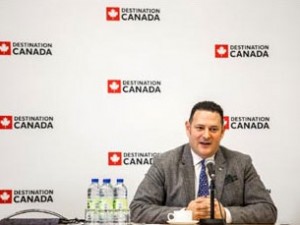 The 40th annual Rendez-vous Canada (RVC), Canada’s premier tourism marketplace, took place from April 24-27, 2016, in Montreal, Québec. During the conference, international tourism buyers met with Canadian sellers at a record-breaking 26,000 face-to-face business appointments. Hosted by Tourism Québec and Tourism Montreal, and taking place in the iconic Palais des congrès de Montreal, this year’s sold-out event features 536 buyers from 28 countries and 582 Canadian sellers from coast to coast — boasting the best seller-to-buyer ratio ever with one seller for every one buyer. “With a record attendance of 1,680 delegates at this year’s RVC, buyers and sellers are working to captivate and drive more people to visit Canada,” says David Goldstein, President and CEO of Destination Canada. “With the incredible range of diverse, fun and authentic Canadian experiences showcased at RVC, we are demonstrating to the world that we’re not cold, we’re cool.”

2015 was a record year for Indian visits into Britain according to the International Passenger Survey from the Office of National Statistics UK. The latest figures show visits from India in 2015 are up 8 per cent, from 390,000 to 422,000, setting a new record. Indian visitors spent £433 million in Britain last year along with 9.2 million nights. These 2015 figures mean that India retains its position as Britain’s No. 1 BRIC market in terms of visitor volume and among the 20 top source markets for Britain globally. Growing outbound travel trends fuelled by increased flight connectivity into regional Britain has helped India cement its’ position with growing visitor numbers over 2014. VisitBritain Director Asia Pacific, Mid East & Africa, Sumathi Ramanathan said, “India is the top BRIC market for Britain in terms of volume and the year-on-year robust visit figures ensure our way to achieve our 2020 target of 500,000 visits. Our focussed strategy for the India market featuring the Bollywood Britain campaign, combined with our trade engagement, targeted consumer engagements and tactical offers with tourism partners will be crucial for us to deliver our tourism targets in 2016-2017.”

Tourism Ireland hosted eight key Indian travel trade agents to Ireland’s largest tourism trade fair, Meitheal 2016. Organised by Tourism Ireland, the workshop brought together over 310 overseas buyers and 455 Irish tourism businesses for two days of negotiating business deals. Nearly 12,000 face to face meetings were organised between the buyers and sellers for the 2017 season. Huzan Fraser Motivala, India Representative, Tourism Ireland, said, “India is an important market for Tourism Ireland and one that we are committed to growing. Over the last five years, we have seen a year-on-year increase of over 25 per cent in Indian visitor arrival numbers to the island of Ireland.” She also informed that the Irish Visa Applications (year to date 2016) have also seen a 43 per cent increase in visa applications compared to the same period last year. Some of the factors in favour of this growth can be identified as increased air access to Ireland, particularly by Etihad Airways and Emirates via the Middle East and the British Irish Visa Scheme (BIVS) which has made it easier for tourists from India who are visiting Great Britain to also visit Ireland, without the cost or hassle of applying for a separate visa.

25% rise in Indian visitors to Chile

Speaking about the importance of the India market for Chile on the sidelines of a seminar on ‘Exportable products from Chile’ in Mumbai organised by the Embassy of Chile, Carolina Vasquez, Trade Commissioner, ProChile India Commercial Office, said, “India offers great potential to Chile considering that more and more Indians have started to travel abroad.” She added, “Indian visitors to Chile have shown an increase of 25 per cent in 2015 as compared to 2014, and is likely to maintain the growth rate this year. We will try and increase the number of Indian travellers traveling to Chile by participating in trade shows here so as to make Indian tour operators aware of what Chile can offer. It is important to work with them in a focused and a personalised manner to generate the awareness about our country so that later when we launch a bigger campaign, we have more travellers interested in Chile and there are sufficient people to guide and advise them.” The seminar discussed the Partial Trade Agreement (PTA) for expansion and fostering of ties between the two countries, which is under legal review.

Peru Export and Tourism Promotion Board has appointed OM Tourism as their PR representative in India from May, 2016. “We are pleased to officially begin new and focused promotional efforts in India with OM Tourism, said, Minister of Foreign Trade and Tourism (Mincetur) and President of The Board of PROMPERU, Magali Silva. Looking at the vast tourism potentiality of India Market, we believe that it will certainly be a key market in helping PROMPERÚ to increase the Indian footfall.” Sanjay Sondhi, CEO, OM Tourism, said, “We are extremely happy to be assigned the task of handling marketing, sales and public relations activities for PROMPERÚ in India. He added, Peru is a land of fascinating contrasts of beautiful landscapes of desert dunes, snow capped mountains, wildlife, beaches offering thrilling outdoor adventure, Pre-Columbian heritage to vibrant traditional festivals. The discerning Indian travelers looking for luxury experience can also explore and indulge in its rich gastronomy, rejuvenating spas and river cruises. As a result of its rich history, Peru today is packed with archaeological remains and colonial architecture. Add in the country’s spectacular natural beauty, and the product is an outstanding travel destination.”

13.2% increase in Indian overnights in Berlin

Berlin has recorded 6,600 Indian overnights over the first two months of 2016 corresponding to an increase of 13.2 per cent over the same period in 2015. However the number of Indian visitors declined by 2.5 per cent with only 2000 Indian guests visiting Berlin in the first two months of 2016 as compared to the same period in 2015. This was revealed by Christian Tanzler, Spokesperson and Media Relations Manager, Visit Berlin, at the 42nd Germany Travel Mart which was held from April 17-19, 2016, in Magdeburg. Tanzler said, “Though the number of guests may have reduced, they are staying for longer periods of time which means that they spend more money in Berlin, go shopping, visit the museums and explore the city more.” He informed that in 2015, Berlin witnessed 21,000 Indian visitors and 56,000 Indian overnights corresponding to a 20 per cent increase in Indian arrivals over 2014 and 15.2 per cent increase in overnights stays from India. Tanzler also added, “To promote the city we take part in several travel marts and fairs. We had also collaborated with studios in Bollywood to shoot in the city. For the travel trade we suggest that even if they cannot visit Berlin, they can do online training and learn about the city.” Romit Theophilus, Director of Marketing & Sales Office India, German National Tourist Office, said, “This year we have 21 participants from India in GTM which includes 15 tour operators and 6 journalists.”