Recently, an interaction session with Gujarat Tourism was held in Delhi, where the new developments and new places to visit in Gujarat were showcased in video presentations. A presentation on tourist’s facilities, monuments, national parks and other attractions were presented. Rajiv Mehra, President, IATO, said that they are seeking an approval from the Gujarat government and proposing to have the IATO convention in Gujarat in December.

Kerala Tourism Department launched its mobile app which ensures a hassle-free travel for tourists coming to Kerala and giving them an opportunity to discover unexplored attractions themselves and record their impressions during the visit. It provides all information about destinations at finger tips. It identifies unexplored destinations in all panchayats in Kerala and will help attract local tourist spots to grab global attention. 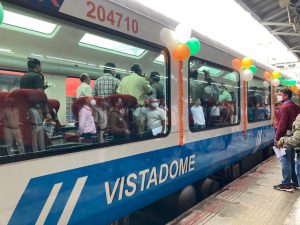 The Indian Railways has recently started two Vistadome train services in Assam and North Bengal. The Vistadome tourist special trains will run between Guwahati and New Haflong in Assam and New Jalpaiguri and Alipurduar Junction in North Bengal. There are jungles, wildlife and tea gardens on the route between NJP and Alipurduar, thus providing a tourist with the opportunity to view the natural beauty of Dooars during their travels.

Highest motorable road in the world inaugurated in Ladakh 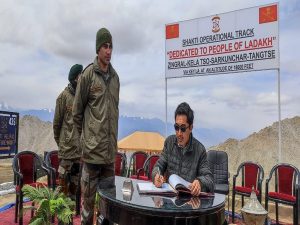 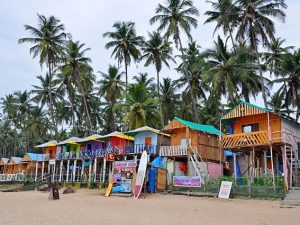 The high court of Bombay at Goa on Monday permitted the state government to allow the entry of fully-vaccinated persons in Goa without a COVID-19 negative test report. Partially vaccinated and non-vaccinated persons will still have to produce a negative Covid test report for entry. The expert committee has also unanimously agreed and decided to explore the possibility of issuing a universal pass which is linked to the Co-Win portal as adopted and issued by the government of Maharashtra. 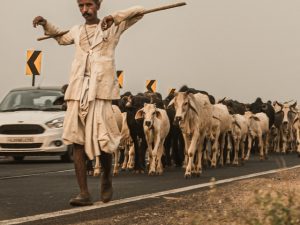 The Gujarat government’s Seema Darshan project is being constructed as a major spot at Nada Bet in Banaskantha district. Jenu Devan, Managing Director, Tourism Corporation of Gujarat, said that the Seema Darshan project which was inaugurated in December 2016 at Nada Bet has already started receiving around 4,000-5,000 visitors during the weekends. “The tourism department is now trying to promote Nada Bet on the lines of the Wagah Border with not only a Retreat Ceremony, but also creating a two-three hours tour package for that entire area which will include a tourist facilitation centre, auditorium, museum, interpretation centres, and other amenities. Electric vehicles will be introduced that will take the tourists around the 25 km border area up to zero point where they will be allowed to take photographs,” he said. 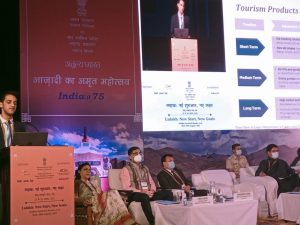 Representatives from ‘Invest India’ gave a brief presentation on their tourism vision plan they are jointly developing with Ministry of Tourism at the recent ‘Azadi ka Amrut Mahotsav’ that took place in Ladakh. The presentation included short, medium and long-term plans for various segments such as adventure and wellness tourism in Ladakh.

Principal Secretary, Tourism, Surendra Kumar visited the newly-constructed Nimantran restaurant in Bhubaneshwar and reviewed the preparation. The soon to be inaugurated restaurant is an initiative of Odisha Tourism to promote Odia cuisine. The restaurant chain will be operated by Odisha Tourism Development Corporation through a dedicated wing. 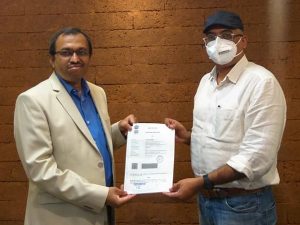 The Department of Tourism, Odisha held a kick-off meeting on the preparation of an integrated tourism Master Plan for Chilika at Paryatan Bhawan. The tourism department has engaged Oman-based Bharath Engineering Innovation Design & Consulting to prepare this plan. This will include developing new tourism products like cruises at Chilika Lake, Hirakud Reservoir, Mahanadi River and Bhitarkanika. Shacks at prominent beach destinations are also being operationalised. 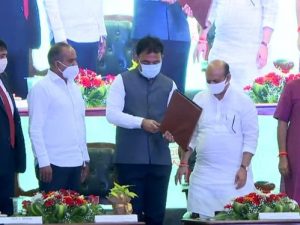 The Karnataka government has announced collaboration of the Department of Technical Education (DTE) with Montgomery County Community College and the Harrisburg Area Community College in the US. Under this partnership, the state will offer twinning programs in travel and tourism as well as cyber-security for which students will get diplomas and associate degrees.